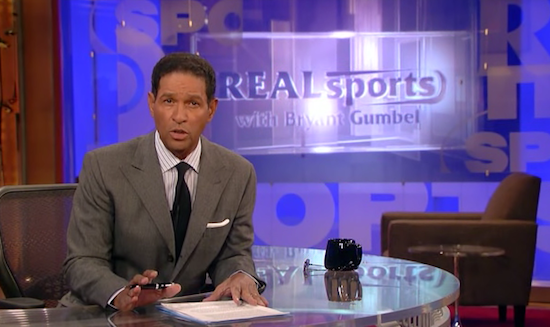 In 2008, HBO’s Real Sports With Bryant Gumbel reported the manufacturing of soccer balls for Mitre Sports International, a British sportswear and equipment supplier. Mitre has supplied the official ball for several soccer organizations including the English Premier League, MLS, the FA Cup and many teams around the world.

In the 2008 report, the Real Sports investigation found children some as young as six years old stitching together soccer balls in some of the poorest slums of India. The report found some children were working as many as 10-15 hours a day making the balls and not going to school.

Child labor is illegal and Mitre has pledged it does not use children to manufacture its equipment, however, the 2008 Real Sports report found otherwise. Mitre did not take the report sitting down. It sued HBO and Real Sports in U.S. District Court in Manhattan seeking damages in a defamation lawsuit against the network.

However, the court jury unanimously found that HBO “did not broadcast in a grossly irresponsible manner false or defamatory statements portraying Mitre as using, or turning a blind eye to others using, child labor or child bonded labor in the manufacture of Mitre soccer balls.” In essence, the court found HBO’s report was truthful and did not defame Mitre. The company had accused HBO of fabricating several scenes in the report, a charge that was rejected.

In a statement, HBO said, “We are delighted with the jury’s decision, which confirms what we have said since the beginning of this legal proceeding in the fall of 2008: This case was without merit, and the Real Sports reporting was unimpeachable. We couldn’t be prouder of the Real Sports franchise and the award-winning work done over the past 20 years. We are grateful to the jury for their careful consideration of the evidence.”

There is no statement from Mitre on the court ruling.