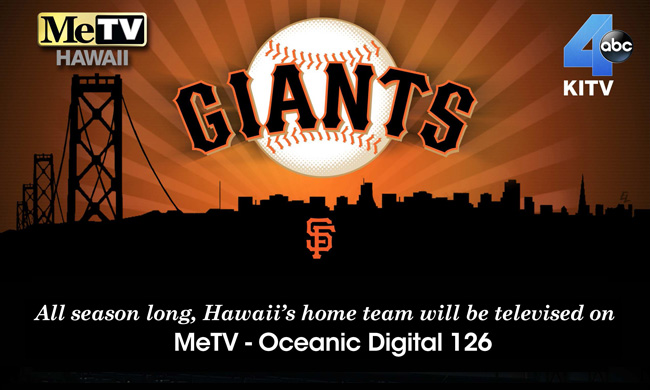 Hawaii is one of those states that is claimed by six MLB teams as part of their “local” territory (A’s, Angels, Dodgers, Giants, Mariners and Padres). It’s one state that falls under the extremely silly MLB blackout rules that prevents fans from watching teams on MLB.TV or MLB Extra Innings because it’s located in a quote-unquote local territory. Imagine living in an area like Hawaii, Iowa or Las Vegas which have multiple MLB teams claiming your market as its territory. It’s frustrating.

One Hawaiian TV station, KITV has stepped up to carry 15-20 Giants games that are aired on San Francisco’s KNTV, but in many cases, those contests are shuffled to its digital channel, MeTV on channel 4.2 as they begin during times when local news would air.

However, last Friday, KITV encountered some technical glitches that prevented its 5 p.m. newscast from airing on time:

So with that in mind, KITV executives decided to pick up the Arizona-Giants game which would normally be blacked out in Hawaii on MLB.TV or MLB Extra Innings. Station GM Andrew Jackson (not our seventh president obviously) told the Hawaii Star-Advertiser that instead of going to the archives and showing Dr. Oz or some other syndicated programming “… we thought it a great value for viewers to air a live Giants game that would be blacked out in Hawaii..” That’s nice.

But the game aired for an hour before KITV engineers got the problems sorted out and were able to have the 6 p.m. newscast air on time. Fans who were happy to watch baseball on regular broadcast TV were instructed to watch the rest of the game on KITV 4.2.

For an hour on Friday, Hawaiian viewers who were used to being blocked to West Coast baseball by the silly MLB blackout rules got a nice respite.

And when MLB will finally fix these antiquated blackout rules is anyone’s guess. Hawaiians have suffered long enough over these stupid blackout stipulations.