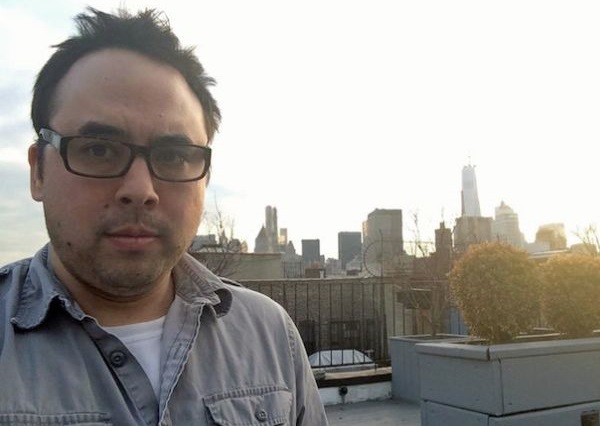 Several reactions and thoughts jolted through the media and those that observe it on Monday when Tommy Craggs announced he was resigning as executive editor of Gawker, in light of publisher and founder Nick Denton taking down a highly controversial post that outed a married media executive who attempted to hire a gay escort.

The decision by Craggs (along with Gawker editor-in-chief Max Read) to resign was bold, standing in stark opposition to corporate interests overtaking editorial ones. Any reflexive thoughts that Craggs and Read were the fall guys for the uproar that the article had caused (and advertisers pulling their campaigns if the post had remained up) were immediately shot down by the memos the two sent to Gawker managing partners and editorial staff.

But given what we cover at Awful Announcing, a natural response to Craggs’ resignation was wondering whether or not he could find his way back into sports media. Craggs had written for Deadspin since 2009 and served as the site’s editor-in-chief for three years until moving up to the executive editor role with Gawker. During his tenure, Deadspin shook off the gossipy, mean-spirited tone it adopted under A.J. Daulerio and took a deep dive into longform investigative journalism that was some of the best in the industry.

Among the memorable stories the site published under Craggs were the exposé on Manti Te’o’s dead girlfriend (which effectively put Deadspin on the mainstream map), a behind-the-scenes takedown of Bleacher Report, and insightful coverage of the Gamergate scandal. He also assigned John Koblin to the ESPN beat, leading to breaking stories and in-depth features on the network, while expanding Deadspin’s scope to include non-sports topics such as movies, food and parenting.

It’s that turn, steering Deadspin into more of a pop culture site with an emphasis on sports (and longform writing), that quickly raised the question as to whether or not Craggs would be an ideal candidate for a sports and culture site that seems to be without direction at the moment. One Craggs just so happened to have a very public flirtation with years ago.

The timing almost seems too perfect, doesn’t it? The opening vacated by Bill Simmons’ departure from ESPN is being filled on an interim basis by Chris Connelly. His background covering the movie industry and move into sports-related features on TV made him what appeared to be an ideal candidate to lead a sports and pop culture site.

Yet whether it’s because he’s viewed as a corporate hire or not as capable an editorial leader as Simmons, Connelly hasn’t won over the staff, leading to rumblings that many of the writers Simmons hired will leave once their ESPN contracts expire, and putting Grantland’s future in doubt. Interestingly, the site that reported the grumbling and discontent over Connelly and ESPN president John Skipper’s decision-making process was Deadspin.

Of course, it’s entirely possible that Craggs wouldn’t be a popular choice among the writers and editors hired by Simmons (and thus still feel dedicated to him). For one thing, Skipper letting Simmons go has engendered so much animosity and distrust that some — such as Pulitzer Prize-winning film critic Wesley Morris — are already reportedly looking for their next destinations. In that climate, it might not matter who Grantland’s next editor-in-chief is, even if it’s someone else besides Connelly.

However, Craggs wouldn’t necessarily be seen as going for the big name, as Skipper did with Jason Whitlock and The Undefeated. While Craggs is an extremely talented writer and has significant credibility in that area, he truly shined as an editor at Deadspin. He’s not someone whose name has to be on the marquee. He knows how to lead a staff and develop talent. There’s no doubt about his leadership abilities. Just look at the fierce loyalty he’s inspired in writers such as Greg Howard.

“Tommy Craggs is great. Really, really great. He’s smart, and has good grammar, and used to edit a website that I currently write for, left that website, and now is somehow even more my boss than he was before. I have nothing but good things to say about Tommy Craggs. Tommy Craggs brings a great many things to Gawker Media Group, but the greatest thing is that he brings is just getting people. It’s like working with and/or for a friend.”

Albert Burneko wrote this after the news broke that Craggs and Gawker were parting:

“In 2012, Tommy, whom I knew then only as an intimidatingly smart and ferocious writer/editor I sometimes emailed with arguments about things he’d published, invited me to pitch him story ideas. In the grand scheme of things, I’m sure this is nothing; I’m sure editors do this all the time. It happened to come, though, at the lowest, most uncertain, most fear-filled moment in my adult life, when I had lost my go-nowhere tech-industry career, when I was virtually unemployable and my family was living off generosity, when I was struggling to imagine any kind of future for my two young children. When all I had were guilt and shame. What Tommy offered me was something; I could hang some measure of self-worth on it, you know?”

Perhaps Read still would have tendered his resignation in protest of Denton pulling the aforementioned controversial story. It sounds as if he agreed with Craggs that the Gawker editorial board had walked back on its principles and compromised the site’s integrity in the name of appeasing advertisers and trying to be more palatable for a more general audience, while surely looking to be less risky in the face of Hulk Hogan’s $100 million lawsuit that could cripple the site. But joining Craggs out the door could certainly be seen as solidarity with a valued colleague.

If Skipper is serious about maintaining what Grantland has established, keeping its existing talent while also creating the possibility of the site being taken in new, exciting directions, hiring Craggs for the top spot seems like it should be seriously considered. And it wouldn’t be the first time Craggs was on Grantland’s radar. He was nearly plucked away from Deadspin four years ago and was apparently excited about the opportunity.

But it’s also important to remember that it was Skipper who ultimately played a key role in nixing the hire, upset that Craggs wrote a piece that was heavily critical toward an ESPN employee while he was still at Deadspin. Skipper probably hasn’t forgotten that (or the involvement of a pink gorilla), and he’s certainly been definitive with outspoken, independent personalities of late. And it’s not difficult to imagine that Craggs wouldn’t be enthusiastic about running into that sort of corporate interference after the conflict that led to his resignation from Gawker.

Additionally, it’s entirely possible that Craggs is seen as radioactive right now by association with that scandalous article. It was published under his watch. He gave it his approval and fought hard against it being removed from the site. Even if that had more to do with principle, that affiliation may leave a stench that ESPN, as well as many other mainstream outlets, would currently prefer to avoid.

Looking at it from another angle, Craggs might not want to go back to sports after moving from Deadspin to Gawker. While we might see it as stepping back into a comfort zone, it’s conceivable that he might view that as a backwards step.

Still, don’t Craggs and Grantland seem like a nearly ideal fit? In an alternate universe, under different circumstances, maybe it would have happened. Maybe it still could in this reality.