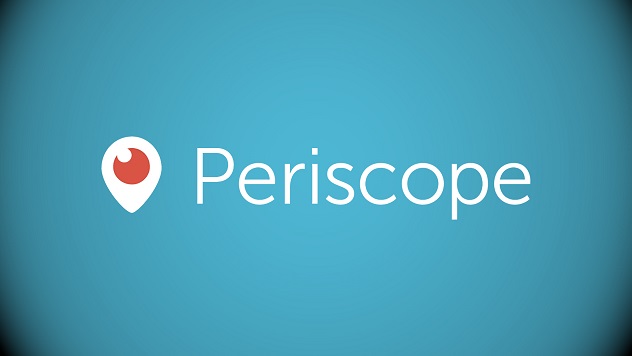 As new technology continues to blossom, sports organizations have two choices – embrace the new technology, or bury their heads in the sand and keep living in the Stone Age. The PGA apparently falls into the latter category.

On Thursday, golf reporter Stephanie Wei had her credentials revoked for the entire season…because she used Periscope to broadcast a practice round on Monday.

The @PGATOUR is revoking my credentials for rest of season because I used @periscopeco on Monday. Feels personal. #crimedoesntfitpunishment

Well, this seems like a giant overreaction by the PGA, especially since Wei wasn’t exactly infringing on any broadcast rights by streaming a practice round.

The NHL is also falling on the side of the PGA, banning use of any live streaming apps like Periscope and Meerkat from arenas and preemptively warning reporters at games to not use the apps. MLB has taken a more open-minded view of the apps, with president of business and media Bob Bowman saying that MLB doesn’t want to alienate fans over something that wasn’t currently a major issue, and that the league would reevaluate the situation if in-stadium wifi networks get overloaded from fans streaming games.

As someone who has experimented with Periscope at ballgames this season, I really don’t see it as much of an issue for the leagues. What’s the major issue with streaming a Giancarlo Stanton at bat from the second deck? People aren’t going to turn to Periscope to watch an entire two and a half hour game, and if they did, they wouldn’t be getting anything close to the quality that they would from a television broadcast. These streams are generally pretty short, and really just end up as novelties as opposed to some sort of game-changer or model-breaker.

In fact, I think the future of Periscope, Meerkat, and other similar apps isn’t as a way to circumvent watching games on TV, but instead as an additional method to get some behind the scenes access before, during, and after major events. Fox Soccer and Fox Sports Live have used Periscope during live broadcasts in the studio, while Angels broadcaster Victor Rojas experimented a bit during the pregame of Thursday’s Angels-Athletics game. There’s nothing damaging here, especially since the videos expire after 24 hours.

Getting up in arms and taking away a reporter’s credentials for exploring some new technology is just silly. I know the PGA feels like it needs to “protect its interests”, but they’ve made a mountain out of a molehill here. I don’t see a problem with trying to expose more people to a part of the sport that they can’t watch anywhere else. But then again, this is the PGA – they’re still clinging to two featured groups during the early rounds of tournaments on their new, yet to be launched streaming service. I wouldn’t exactly expect them to be on the front lines of embracing new technology.