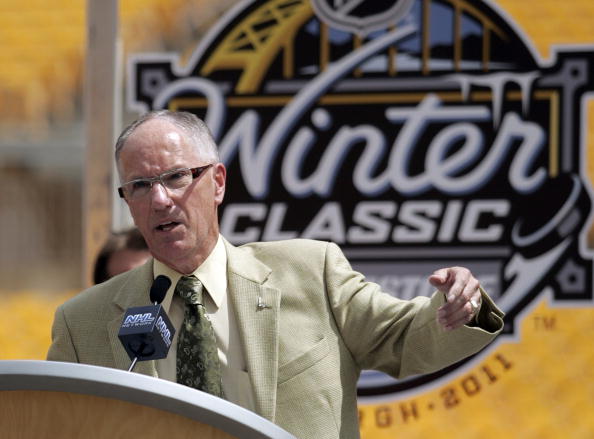 Earlier this week NFL teams had to make the decision on which players to use the franchise tag on to ensure they didn’t hit the free agent market.  Our friend Richard Deitsch at Sports Illustrated shared his list on who would get the franchise tag at each sports network.

Naturally, that inspired us to make a list of our own.  Don’t worry, we received permission to steal the idea from Deitsch, as long as we cited Awful Announcing and media reports.

This list isn’t necessarily the “best” or “most accomplished” or “favorite” person at each network, but rather, the person that each network would least like to see move to a competitor, hence the franchise tag designation.  This should be fun, and I’m sure you’ll be in 100% agreement with our choices…

This one isn’t as obvious as you think.  ESPN has plenty of multi-platform personalities to choose from as far as franchise players go that the network would do anything to hold on to.  Two of them just signed new contracts and got big promotions in Chris Fowler and Rece Davis.  Then there are people like Scott Van Pelt and John Buccigross and Lindsay Czarniak leading SportsCenter.  But in terms of importance and reach and using the tag on someone, it has to be Simmons.  From 30 to 30 to Grantland to the BS Report nobody reaches more people on a consistent basis and has been more forward-thinking than Simmons.  He gets ESPN’s franchise tag, also because he might be the most difficult to hold onto with his contract up very soon.

We go from one of the toughest choices to two no-brainers – no sports media personalities are more entrenched at the top of their network totem pole and more valuable to execs than Buck and Nantz.  They are the lead voice for no less than three sports each with Buck adding US Open golf to the NFL and MLB while Nantz leads CBS’s NCAA Tournament, NFL, and PGA Tour coverage.  While there might be more sentimental choices at each network, these two are the definition of franchise players.

This one might be a surprise.  Al Michaels and Bob Costas are the unquestioned 1 and 1A at the peacock.  Nobody does more on a daily basis for NBC Sports and NBCSN than Dan Patrick.  EPL host Rebecca Lowe might be the most well-liked personality working in sports television.  But let’s be honest – there’s only one Doc Emrick.  And the gap from his work as the best hockey play by play man to second best (whoever that is) is more pronounced than in any other sport.  Put it this way – Emrick would have the highest WAR of any broadcaster in sports.  And since the NHL is the biggest sport that NBC owns, Emrick is the network’s franchise player.  Listening to him call an overtime playoff game is one of the great joys in sports.

Nobody means more to Turner Sports than EJ, not even Charles Barkley.  He’s arguably the best studio host in all of sports and while his baseball play by play isn’t quite at the same level, he’s a pivotal part of TBS’s MLB postseason coverage.  Unless Barkley’s going to step into the baseball broadcast booth, it’s the venerable Johnson that has to be Turner’s franchise player.

While Mike Mayock might be a tempting choice for his draft analysis, his role at NFL Network has diminished somewhat because the network has been using the CBS announcing crew for their live game coverage.  While Mayock really shines during the draft and the combine (and is really the main reason why you’d switch away from ESPN), we’re talking about a small portion of the 365/24/7 NFL calendar.  On the other hand, Eisen is a consistent presence year round, still has a role on live games, and has been the franchise player for NFL Network since the channel came into existence.

It’s funny, at NBC Bob Costas really doesn’t *do* that much.  Even in his main gig of Olympic primetime host, for all the prestige and acclaim, the job doesn’t have a lot of airtime.  And as far as NBC’s other sporting events, Costas has taken on the on-site host role that at times seems to only be there just to give him something to do because, well, he’s Bob Costas.  But at MLB Network, it’s a different story.  Costas calls games, hosts network programming, and you can see his passion for baseball stand out.  At MLB Network the gravitas of Costas really adds something to the overall network, moreso than at NBC these days.

The most interesting man in golf has to be the choice for Golf Channel.  The success of his eponymous interview program has given a much needed jolt of energy and dynamism to Golf Channel’s programming outside the norm.  Then when you add what he can do as a reporter and an analyst and Feherty is the most well-rounded, entertaining personality the network has.

This may be the one outside-the-box choice, but the former Basketball Jones have really made a name for themselves with their daily show on NBATV.  Skeets, Melas, and company are the one thing that’s different about NBATV aside from a wide rotation of hosts and analysts.  That’s why they get our franchise tag.