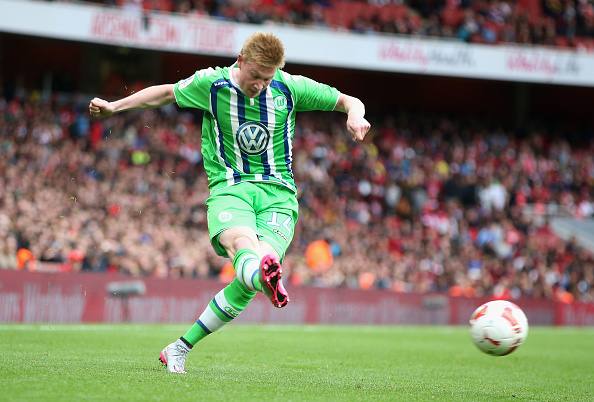 Last week, we were afraid of what Fox’s presentation of the Bundesliga would look like. They had the opportunity to capitalize on what they called the “summer of soccer“, and it didn’t look like they would with their new Bundesliga rights, relegating matches to Fox Sports 2 and Fox Soccer Plus.

Thankfully, those fears were eased a bit on Thursday when Fox began to reveal more of the details of their Bundesliga coverage this season. Now, the coverage won’t be as broad as NBC’s Premier League coverage, and you can’t watch every game for free with an authenticated login like you can on NBC Live Extra, but it’s not all that bad.

According to Philly.com’s Jonathan Tannenwald, 58 of the matches will be aired live on Fox Sports 1, while Fox Sports 2 (still not available on Comcast!) gets 60 matches and Fox Soccer Plus gets a still unknown amount of live matches (though all non-FS1/FS2 matches will air on the network either live or on a delay). An additional 105 matches will air on Fox Deportes. Every Bundesliga match this season (along with every Champions League match, Europa League match, and matches from various other tournaments) is available live on Fox Soccer 2 Go at a subscription cost of $19.99 per month of $99.99 per year.

Much like NBC has done with their Premier League schedule, the network assignments have been dished out for the first seven weeks of the season, and will be decided on a week to week basis after that. The Germany Super Cup on August 1st between Bayern Munich and Wolfsburg will air on Fox Soccer Plus and Fox Deportes, and there will also be a yet-to-be-announced bonus online stream on FoxSoccer.com.

You can check out the full breakdown of the schedule by Tannenwald at Philly.com, but it’s worth noting that Fox Sports 1 *will* be airing at least one match during each matchweek through the end of September, including all but one Sunday at 9:30 AM. There are also a few Saturday mornings featuring live matches at 9:30 AM, which seemingly eliminates the possibility of a college football pregame show that will last more than a half hour.

I have no idea if Fox had this plan in place all the time and was just dragging their feet on an announcement, but this is probably the best that soccer fans could have expected. Considering the excessive amount of live rights Fox has, they couldn’t logistically air every Bundesliga game on Fox Sports 1, but what we’re getting seems like a solid compromise.