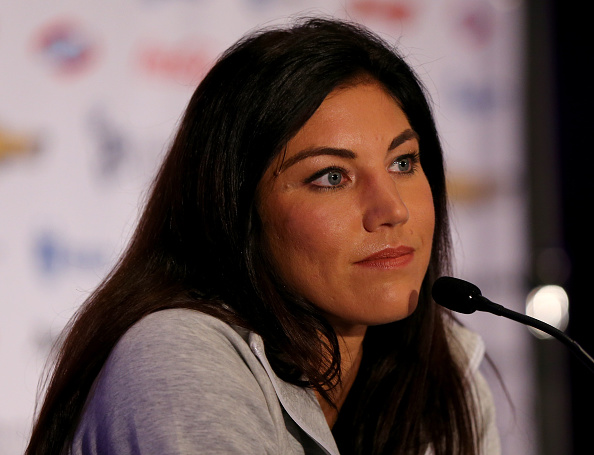 On the opening weekend of the Women’s World Cup and before the USWNT’s debut match, ESPN’s Outside the Lines revisited the Hope Solo domestic violence case.  OTL reported many previously unknown details about the night in question when Solo got into a confrontation with her sister and nephew.  Solo’s alleged victims spoke out publicly and OTL presented a case that is still very much in question and not put to bed as Solo has proclaimed publicly.  Solo’s relatives said that going public with their side of the story was motivated by the US goalkeeper going on television and saying she was a victim in the matter and not the instigator.

Solo has had her fair share of controversy through the years and while the OTL report doesn’t convict her of anything in the court of law, it certainly brings her back into the crosshairs of the public eye.  It’s not easy to hide away from allegations of slamming your nephew’s head into the cement and verbally abusing police officers in a drunken rage.

After Solo’s report was filed at ESPN, a careful eye was then turned to Fox Sports to see how the current World Cup rightsholder would approach the story.  And while Fox may have gotten off to a good start on Saturday with their World Cup coverage, their discussion of Solo’s story on Sunday was one of the most disappointing moments in the network’s two year history.

“This stuff is starting to get annoying to me. Save it for Judge Judy,” Wynalda said. “I really don’t need to know what is going on the outside of the field right now.”

.@heathermitts: "This is the closest that I have ever seen any team with Hope." #USWNT http://t.co/rimJWn8cv3

“I’m the type of person where, I don’t care what you do off the field, as long as you come and you bring it when you’re on the field and you’re a good teammate on the field. Unless it affects the team.”

Could you imagine, could you even imagine, what the uproar might be if Cris Carter and Tom Jackson said this about Ray Rice?  Could you imagine the outrage if Michael Strahan had flippantly said, “leave it to Judge Judy” about Adrian Peterson?  Could you imagine the response if anyone who spoke about the NFL this past offseason had said, “I don’t care what you do off the field” for those cases or worse or that they were annoyed by those domestic violence stories?  It would be a nationwide controversy.  Yet that’s exactly what Fox’s soccer analysts are trying to do with Hope Solo.

I understand that multiple former teammates of Solo’s are going to try their best to at least give her the benefit of the doubt on the air.  But this goes beyond the pale.  Fox’s analysts might as well be working as Solo’s defense lawyers with some of these comments.

These remarks shine a light on a couple major issues for Fox Sports now moving forward.  First, the network now has little trust with viewers that they are going to hold Solo, or other athletes, accountable for their off-field actions.  They’ve told viewers their number one mission is not covering these athletes and analyzing them objectively, but protecting them from any kind of scrutiny.  They’ve basically said to viewers that they’re going to totally forego any sort of critical eye and ignore stories even as serious as domestic violence allegations because it “annoys” them.

Second, it shows that Fox Sports is going to fail viewers when it comes to sports journalism.  For Wynalda to sarcastically try to undermine the alarming details in the OTL report, from actual journalists it needs to be said, is a low moment for the network and shows just how little Fox evidently cares about news.  This is more significant than just narrowly looking at Fox’s coverage of the World Cup.  This represents the DNA of the network and how important they view tough reporting – apparently as something that’s an inconvenience.

What’s next for Fox?  Maybe for their next act the network should invite Sepp Blatter onto their set to celebrate what a great job he’s done running FIFA.  You know, because all those reports about corruption in FIFA should be left to Judge Judy.