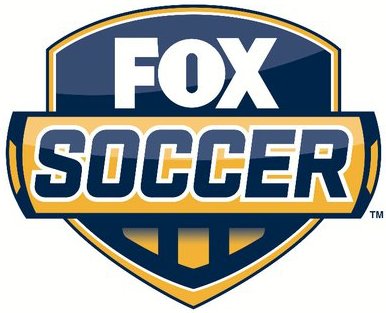 When it was announced that ESPN and Fox Sports would split a 10-game schedule of United States men’s national team games, there was a collective groan from most of the soccer viewing public. The hardcore fan had been put off by years of feeling like a second and mainly third-class citizen by Fox Sports executives.

However, the new deal for USMNT games, a dedicated MLS package and the new agreement for the Bundesliga coming in the fall proved that the company was putting some serious cash on the line to get back in the game.

As the saying goes though…fool me once….well, you know the rest.

So, when Wednesday rolled around and Fox Sports 1 got to unveil its new-look coverage you can bet the microscope would be placed on anything and everything associated with the broadcast of the USMNT vs. Chile.

How did things go with the first broadcast and where do things go for the future? Let’s explore the Good, the Bad, the Ugly of Fox Sports’ big re-introduction to big time international games.

– Stu Holden was a masterstroke hire for Fox Sports. He gave insightful answers and actually made the viewer feel both informed and entertained, and that’s a difficult feat. It wasn’t just me that noticed Holden as a standout performer on the night, as many of you noted how pleasant of a surprise he was during the pre and post-game studio shows.

@32flags Pregame and postgame have a lot of work to do. Holden was only one whose opinion I valued. Davis and Dunseth were solid in booth.

– There was plenty of good sound of this game, but you can’t credit Fox Sports with that since they were feeding off the Chilean feed. Still, maybe Fox Sports could learn a thing or two about how to properly mic a game when they are actually forced to be the ones playing host to the feed. Hearing the fans in full voice as well as a lot of the instructions of both managers and great sound of what was happening on the pitch was refreshing. It was one of the biggest pluses on the broadcasting side of that game.

– Eric Wynalda is certainly a grating and polarizing individual and it’s safe to say the days of throwing out any old member of the famed 1994 USMNT isn’t going to cut it anymore. Let’s just say the fans weren’t sold on Wynalda’s past, present or future as an analyst worth listening to.

– The game was anything but boring on the field, but you wouldn’t have known that by the announcers calling the game from some studio in Los Angeles. I’ve got no problem with Brian Dunseth as a color man, he brings decent (if not very good) insight to the game and isn’t an over-the-top parody of the past shouters of the game. Still, if you’re going to have one man that’s a big more straight-laced in the color spot, you’ve got to find a play-by-play man with some bounce to his voice and some playful nature to him to balance it out. Glenn Davis didn’t provide that. That may come with time as they revamp and look to increase the stable of announcers for the game, but this was a poor effort for the first time out.

– Having technical difficulties on the big debut night is never fun, and it’s really the worst nightmare of anyone who has debuted anything. Still, this won’t go in the ugly category because once again, this wasn’t a Fox Sports feed they were going with. The fact is, not every country has the level of equipment, reliability or workers available to meet the needs. Eventually the feed went up and not a single goal of the five was missed. Still, being on site and securing the feed to your liking before the match could’ve helped avoid this situation from happening at all.

– Yes, SportsCenter and ESPN have given us a heavy dose of the standup broadcaster and that means it’s going to become a trend. However, it works when you’ve got a massive space to fill behind you and a big studio to work with overall. That was far from the case for the Fox Sports crew, and frankly all the stand up action was distracting. Moving around like crazy works when you’re trying to demonstrate a specific topic, but when I’m watching dancing feet instead of paying attention to what’s being said that’s bad broadcasting.

I’m guessing that gets fixed in future broadcasts, but then again…shouldn’t a proper studio area have been built for the debut? It’s not like there were eight months to work with or anything.

– For the first broadcast of a USMNT’s game in the newfangled deal, Fox Sports not sending its two broadcasters to the actual location of the game made zero sense. I get Chile and the location inside Chile are a bit remote, but if you have a reputation to repair, putting a crew at the game site would’ve really helped.

@awfulannouncing @32flags bad look not having the broadcast team at the game for their first time out. quality was good though.

@32flags Didn't really have the special feel I've come to expect for international games. Seemed like just another game in the FS1 schedule.

Therein lies the issue with not having the announce team on site at a minimum. USMNT fans are used to seeing Ian Darke and Taylor Twellman on site and doing pre, halftime and post-game standups from the location. Fox Sports appears to have once again learned nothing about what the fans like, want or demand as a bare minimum in their coverage.

There is some potential for Fox Sports to get back some of the lost caché with soccer fans, but there is plenty of work to be done as well. It was hard to shake the feel that Fox Sports was still treating the sport as a second-class citizen and some of those mistakes were all on a lack of understanding the audience and what it expects out of a broadcast in 2014, let alone 2004.

On the plus side, some of the things like making their in-studio presenters sit down or sending the crew calling the game to the actual location are easily fixable. That said, it was hard not to feel that Fox Sports hasn’t learned much from the complaints of fans from it’s past or from the excellent work done by NBC Sports and ESPN since Fox last tried to care about the sport a few years ago.

Will Fox ever really connect with a much more sophisticated and frankly spoiled soccer viewing public? That is the ultimate debate, and frankly for a corner of the soccer market it won’t matter what Fox Sports does, they’ll always hate the product because it says “Fox Sports” on it.

Still, things were far from perfect and if Fox Sports doesn’t take some measures to balance it’s style wants with what the public expects from the game, they run the risk of killing some serious momentum coming in to the new deal with FIFA for the World Cups of 2018 and 2022.

Fox will be sorely mistaken if they think that buying up rights and shoving whatever product and announcers they want down the throats of the soccer public will work anymore.

Wednesday’s game was a step in the right direction, but if this is the best Fox Sports can do it’ll be a long year ahead for USMNT and soccer fans in this country.