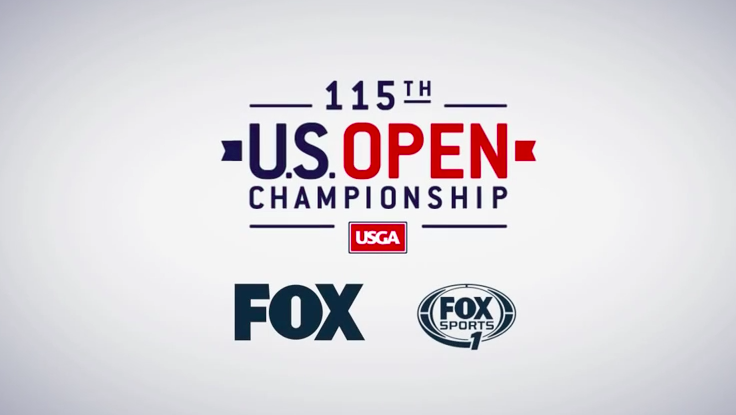 We’re now just less than a couple months away from Fox Sports’ first airing of golf’s US Open.  But that’s only part of the mega-contract Fox signed with the USGA.  All totaled, Fox Sports will air over 300 hours of golf throughout the late spring and early summer including the major open championships as well as amateur events.

Chances are if you’ve picked up a golf club in the past 30 years, you’re announcing some USGA tournament for Fox.  The network announced this week a list of 20, yes, 20, new contributors to its USGA coverage that begins with the US Amateur Fourball on May 5th and ends with the US Amateur on August 23rd.

Already we know that Greg Norman and Joe Buck will be the lead announcing pairing anchoring coverage in the 18th tower.  Joining them as the main broadcasters are former pros Steve Flesch and Brad Faxon as hole announcers, former US Open champ Corey Pavin as a studio analyst, two-time US Women’s Open champ Julie Inkster as on-course reporter and analyst, and Irish journalist Shane O’Donoghue as host.  Former USGA exec David Fay also will join the Fox team as a rules analyst.

Here’s the full announcement from Fox Sports so you can begin to chart out which announcers will be working where.  Make sure you’re somewhere comfy to read this…

Brando, one of FOX Sports’ primary voices for college basketball and football broadcasts, serves as the announcer for each day’s featured group on the live-streaming, digital broadcast of the U.S. Open Championship available on the FOX Sports GO and official U.S. Open app. He previously hosted digital coverage for CBS’ presentation of the Masters from 2012 to 2013 and also served as the lead television announcer for the Liberty Mutual Legends of Golf Champions Tour event on CBS in 2012.

Davis, FOX College Football’s lead game analyst, spent five years as a co-host of The Golf Channel’s series, “The Grey Goose 19thHole,” and also served as the tournament director for the PGA Tour’s Disney Golf Classic from 1998 to 2000. He is enlisted as a host and reporter for coverage of the U.S. Open, U.S. Senior Open and U.S. Women’s Open.

Klatt, FOX Sports’ lead college football studio analyst and host of FOX NFL KICKOFF on Sunday mornings during the fall on FOX Sports 1, is tabbed as host and announcer for the “U.S. Open 360” channel on the digital platform.

Lusetich, FOXSports.com senior golf writer, serves as a golf correspondent on FOX Sports 1 throughout the championship season and as an analyst for the U.S. Open 360 team. He spent over a decade as The Australian’s Los Angeles correspondent, covering golf and other major sporting events for the daily national newspaper before joining FOXSports.com.

Menefee, host of the award-winning FOX NFL SUNDAY, assumes duty as the studio host for the U.S. Open telecast, providing highlights, updates and feature content throughout the week.

“We felt that it was important to incorporate a variety of FOX Sports personalities,” Loomis said. “By adding Tim, Charles, Joel, Robert and Curt, in addition to Joe Buck, we have a great cross-section of individuals who have been involved with some of FOX Sports’ biggest events over the years.”

“Combined with the personalities that we’ve announced previously, we have a great combination of experience and new faces to create a comprehensive look at the competition from start to finish,” Loomis said. “We are fortunate to be presenting the entire array of USGA events, and this group gives us tremendous expertise and passion in covering all of them.”

Bacon joins FOX Sports after spending 2014 on-air for the upstart Back9Network, a golf lifestyle cable channel. Prior to his stint at Back9, he was a contributor and editor for the Yahoo Sports Devil Ball Golf and CBS Eye on Golf blogs. In his role for FOX Sports, he contributes writing and video content to FOXSports.com, in addition to serving in an on-course reporting capacity during the Women’s Amateur Four-Ball and live streaming of the U.S. Open and U.S. Senior Open.

Brooks, a veteran of more than two decades on the PGA Tour, notched a major victory at the 1996 PGA Championship at Valhalla and lost an 18-hole playoff at the 2001 U.S. Open at Southern Hills. He won seven tournaments and posted 58 top-10 finishes during his career, and now joins Brando, Gulbis and Marucci as a featured group analyst as part of the digital presentation.

Damron, another former PGA Tour pro who netted 19 top-10s during his playing career, also joins the digital crew, assuming on-course reporting responsibilities for holes No. 12 and 15 at Chambers Bay. In addition, he will follow the featured group for digital coverage of the U.S. Women’s Open.

Delsing made more than 500 starts on the PGA Tour and claimed 30 top-10 finishes during his career. A graduate of UCLA, Delsing was a college teammate of fellow FOX Sports golf analyst Corey Pavin with the Bruins. In his broadcast role, he offers viewers unique on-course insight for the U.S. Open, U.S. Senior Open and U.S. Women’s Open.

Doniger, a former Atlantic Coast Conference champion and ACC Hall of Fame inductee, competed on both the Futures and European Tours, and was voted by her peers as one of Golf Digest’s “Top 50 Female Instructors” in 2012. In her television role, she appears as an on-course reporter for the U.S. Women’s Open, Women’s Amateur Four-Ball and Women’s Amateur championships. On the digital side, she also contributes as a reporter for holes No. 12 and 15 during U.S. Open coverage.

A 14-year LPGA Tour veteran and winner of the 2007 Evian Masters, Gulbis serves as an on-course reporter for the Women’s Amateur Four-Ball and the U.S. Women’s Amateur. She also contributes to FOX Sports’ digital coverage of the U.S. Open, U.S. Senior Open and U.S. Women’s Open. Gulbis found success in USGA events as an amateur, representing the state of California in two USGA Women’s State Team championships and earning medalist honors at the 1999 U.S. Women’s Amateur Championship.

Hanse, a highly regarded course designer, provides a unique dynamic to the U.S. Open telecast, lending extensive insight into the strategic elements of Chambers Bay. Named Golf Magazine’s 2009 “Course Architect of the Year,” Hanse has placed his imprint on several prestigious courses in recent years and was also recently selected as the course designer for the 2016 Olympic Games in Rio de Janeiro, Brazil.

One of the most well-known amateur golfers of the modern era, Marucci begins as an analyst at the U.S. Amateur Four-Ball and is part of the coverage teams for five of the eight USGA events presented by FOX Sports in 2015. Marucci won the 2008 U.S. Senior Amateur, was a member of the USA Walker Cup Teams in both 1995 and 1997, and went on to captain teams that won the international match-play competition in 2007 and 2009.

Michaels, a former Vanderbilt University golfer, Web.com Tour player and host of “Golf Talk America” on PGATour.com, is enlisted as a host for the U.S. Open 360 team.

O’Connell, a USGA championship veteran who played in the 1989 Walker Cup (representing Great Britain and Ireland) and earned medalist honors at the U.S. Amateur the same year, serves as an on-course reporter for the U.S. Junior Amateur Championship on television, as well as an announcer at holes No. 12 and 15 during the U.S. Open.

The youngest player to ever win an LPGA major tournament at the Kraft Nabisco Championship in 2007, Pressel serves as an analyst for the U.S. Open 360 platform. An active member of the LPGA Tour, she posted a third-place finish in the first major of the 2015 season, the ANA Inspiration. Pressel has 51 career top-10 finishes and is currently listed as the No. 33 player in the world in the Rolex Rankings. As an amateur, she tied for second at the 2005 U.S. Women’s Open, and later that same year won the U.S. Women’s Amateur.

A Golf Magazine “Top 100 Teacher,” Tischler soon takes up residency as the Director of Instruction at Olympia Fields Country Club outside Chicago, home of the 2015 U.S. Amateur Championship. In his coverage role, Tischler joins the U.S. Open 360 livestream, lending instructor perspective on the intricacies of swing fundamentals and techniques before and after shots are played.

Winner of 16 career PGA Tour tournament events, including the Open Championship in 1973, Weiskopf serves as an analyst for the U.S. Open. Possessing extensive on-air experience, he previously covered the Masters for CBS for more than a decade and also contributed to ESPN’s coverage of the Open Championship.

In trying to decipher this, a few things are becoming a bit more clear – Fox is going to offer some kind of robust streaming platform for their USGA coverage and the US Open, perhaps on Fox Sports Go.  That live coverage would be a smart way to boost awareness of that platform.

And while many of these individuals are going to contribute to amateur coverage or live streaming, the main broadcast team for the US Open appears to slowly be taking shape.  From what we can piece together, the announce team for Fox’s major golf championship debut could be as follows:

That’s a lot of new faces for golf fans to meet as broadcasters for the US Open and a couple new wrinkles as well.  Having a design analyst like Hanse to take a look at the actual construction of the course is a welcome new idea to a golf telecast.  It’s a decent mix of existing Fox Sports personalities and former pros who are relative newcomers to the major championship stage.

Fox Sports is saying all the right things to assure golf fans they won’t be trying to reinvent or radicalize major championship coverage in any significant way.  Golf and Fox Sports may seem like strange bedfellows, but the talent roster leads one to believe Fox is going to try to do it right in their first year.  We’ll be very interested to see how the network’s USGA coverage comes together throughout the next couple months in anticipation of the US Open at Chambers Bay.