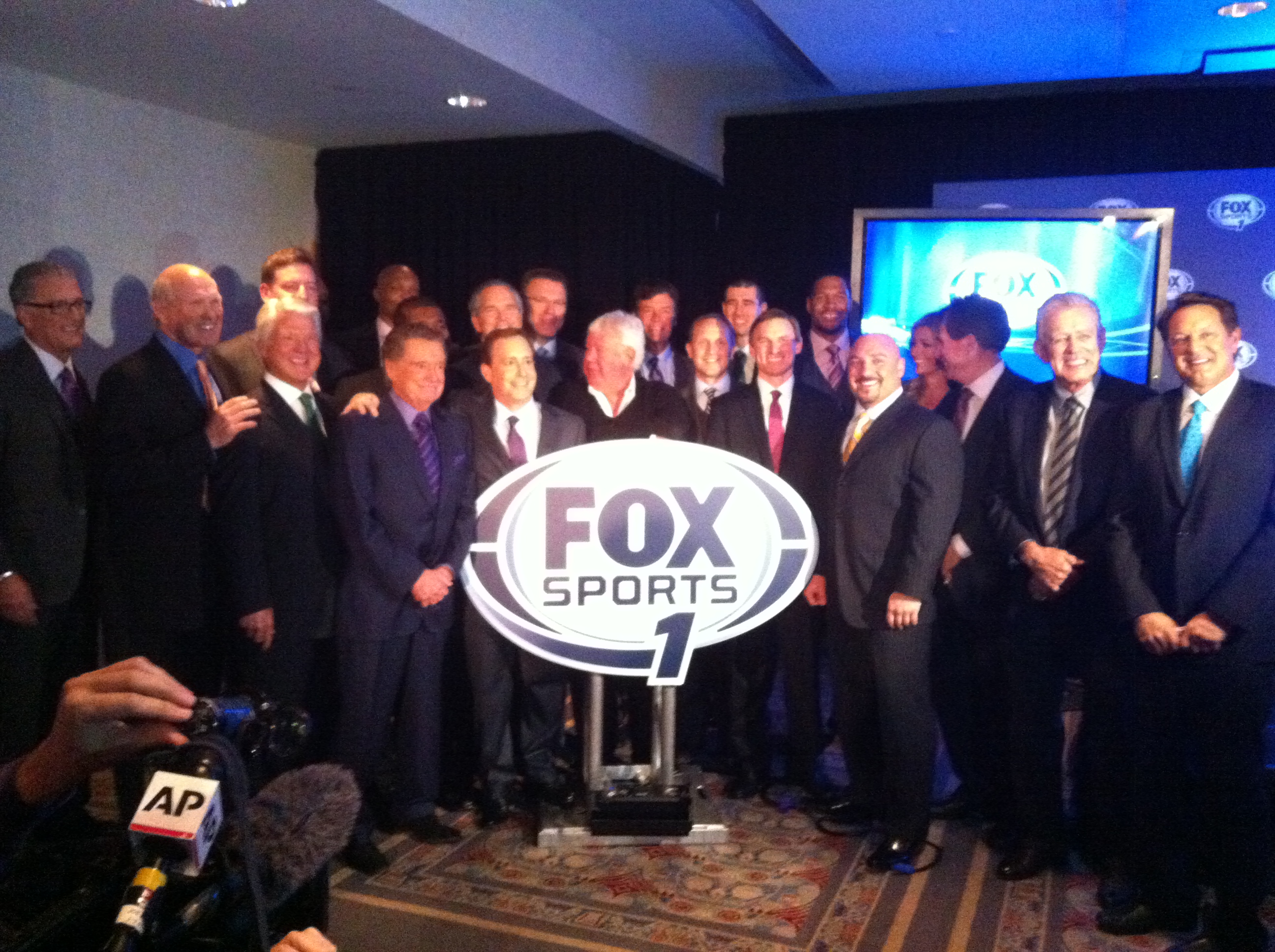 “Fans are ready for an alternative to the establishment.” – Fox Sports President Eric Shanks, March 2013.

The entire thrust of the messaging campaign for Fox Sports 1 before the network launched in August 2013 was that the new sports network was going to put all the fun back into sports that ESPN had taken out of it.  Other networks had tried to compete with ESPN on ESPN’s level by doing what ESPN did and failed.  Fox Sports 1 wouldn’t accept that.

“It’s not about steroids, Tim Tebow and other BS that keep getting crammed down our throat. So for FOX Sports 1, it’s in our DNA. We make things more fun, more colorful and more vivid and that’s our position of what we are promising to viewers. Fans want an alternative.” – Fox Sports senior vice-president Robert Gottlieb

“We will lean more to the opinion side than we will to the analysis side. Most of the people who have tried to compete with ESPN have all really done the same show as ESPN. That is fine. I’m not a big fan of fine.” – Fox Sports executive producer Scott Ackerson

“ESPN does a terrific job doing what they do, but we think there’s a different way, and we’ve spent several months developing a different look and feel that we think will resonate with fans.” – Fox Sports executive vice president Bill Wanger

When Fox Sports 1 launched in 2013, sports fans that had grown tiresome of ESPN’s reliance on the same celebrity athletes and the same formulas of debate were hoping for just that – a different way.  Out of the gates, FS1 did everything they could to needle their rivals at ESPN by painting them (fairly or not) as the Grumpy Old Men of the sports world.  FS1 was going to be “The 1 for Fun” and the irreverent, entertaining option.  The brand new network was aiming to break up the ESPN monopoly (no easy task mind you) and give sports fans something they really haven’t had in a long time – a choice.  Sure, those lofty expectations haven’t been met yet 20 months into the network’s lifespan, but at least Fox was going to try.

Now the messaging campaign for Fox Sports 1 might as well be, “if you can’t beat ’em, join ’em.”

By hiring former ESPN executive Jamie Horowitz as its new programming czar for FS1 and FS2, Fox Sports has sold at least a bit of its soul and given up on the idea of being a real alternative voice.  How else could one interpret a network that once had a Tebow swear jar hiring the man who once produced a Tebow-free edition of First Take that mentioned Tebow’s name over once a minute and thought “Skip Bayless live tweeting a Tim Tebow press conference” classified as good television.

Horowitz was a powerful figure at ESPN, rising as high as a newly created position at the network in charge of all original programming, and has more to his resume than just First Take.  He was also behind successful shows like SportsNation and Olbermann, giving fans hope that we’re not just going to see 24 hours of Clay Travis debating Donovan McNabb on Fox Sports 1.

However, asking you to whitewash First Take from Horowitz’s resume is like trying to give Matt Millen a mulligan for his tenure with the Detroit Lions.

But this is about much more than Fox Sports 1 hiring a talented, controversial former executive from another network.  Fox Sports 1 could bring in anybody they please to give the network the direction that they so desire.  But in handpicking Horowitz, has Fox Sports decided to become “ESPN2 Lite?”  Have they given up on the idea of being the ESPN alternative they promised to be?

Make no mistake – Fox Sports 1 needs a shakeup to give the network a new identity.  Much of the original programming has been scrapped and pretty much all the network’s studio shows have struggled to draw an audience of their own.  Additionally, Fox Sports 1 has produced a few high-profile questionable editorial decisions along the way.  (Frank Luntz, hello.)  It has been a far from perfect 20 months.

That doesn’t mean Fox should give up on creating a sustainable alternative to ESPN, though.  The network has brought a lot of good things to the table including creating new stars that were unknowns on the American sports landscape and giving more coverage to sports that ESPN gives little time to.  Furthermore, Fox Sports Live has evolved past the days of the athlete panel with Jay Onrait and Dan O’Toole and most importantly – the network’s inventory of live sports continues to grow.

By pegging Horowitz to reinvent their programming lineup, how could anyone reasonably expect that FS1 is going to do anything less than recycle what he did at ESPN?  If Fox Sports Lives starts dedicating time to LeBron James tweets, breathless Tim Tebow and Johnny Manziel coverage, and trolling athletes for attention, we’ll know for sure.  Will all those gains towards producing something different from the establishment be erased by the reign of “Embrace Debate Part Deux?”  Let’s also not forget that the last time Horowitz was tasked with a revival project, he was fired before he even officially began at the Today Show amidst a reported circus of internal strife and unrest that included a plan to overhaul the talent roster.  In other words, nobody should feel safe at Fox Sports 1.

Fox Sports 1 has spent the better part of two years trying to create a different look and feel that would distinguish it from the establishment.  Now they find themselves hoping the establishment will lead the network to a breakthrough.  Perhaps Horowitz will produce the ratings FS1 has long sought for its original programming lineup, but it might have to come at a significant price.  Even if Horowitz brings success to Fox Sports 1 in the future, it’s always going to be a tough pill to swallow that Fox had to go through ESPN to get it.