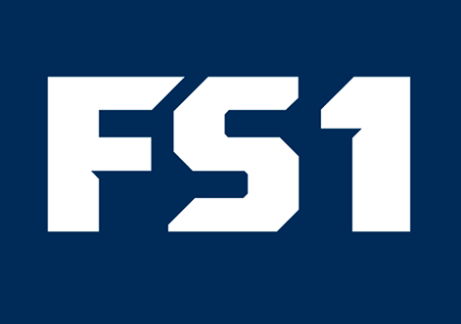 Just about two years after the Versus Network transformed into NBC Sports Network, the peacock’s cable outlet rebranded to the acronym “NBCSN.”  It was a slow transitional period as graphics, talent, and network staffers began by interchanging “NBC Sports Network” and “NBCSN” before the “NBCSN” stamp became permanent at the Sochi Olympics.

Now that we’re two years into the launch of Fox Sports 1, are we in the midst of something similar?

Just for comparison’s sake, here’s the original Fox Sports 1 logo and the newer FS1 signature side by side:

You can see the “FS1” prominently displayed here on the pregame studio set (along with a very pensive looking Colin Cowherd) from the network’s Utah-Michigan overage:

In the network’s new college football ad for the coming season, “FS1” is mentioned by name and in logo instead of Fox Sports 1:

And it was the “FS1” logo appeared on the Michigan-Utah game broadcast in the bottom right hand corner of the screen: 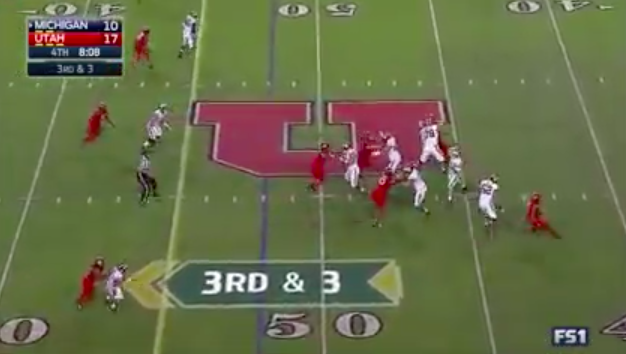 Even Jay Onrait acknowledged the shift:

Jay Onrait on @FOXSportsLive just acknowledged that @FoxSports1 is now being called FS1. FS1 logo phased in months ago in bottom score crawl

However, it’s not a universal change.  You can see here the old logo still being used in a soccer preview from Thursday: 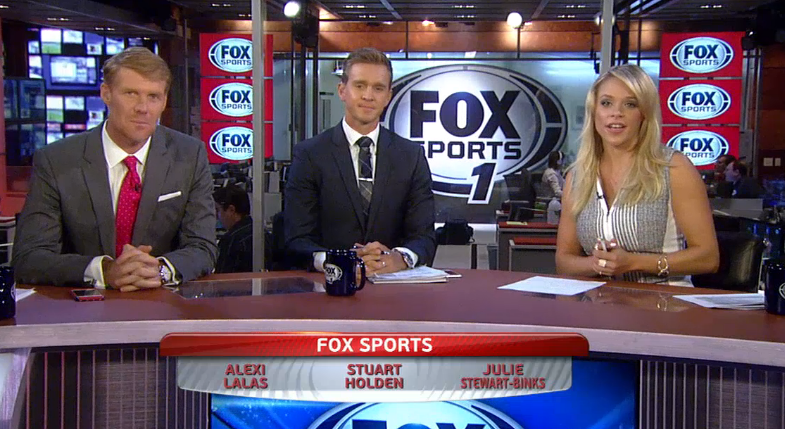 So what does it all mean?

We reached out to Fox Sports for some insight into the “Fox Sports 1” or “FS1” nomenclature for the cable sports network and here’s what a network spokesman said:

“FOX Sports is our brand. This does not signify a re-branding for FS1. It is a logo change to better align with what the fans and media naturally call the channel, FS1. This new FS1 logo should help fans differentiate FS1 as a channel destination in their market where there are multiple “FOX Sports” channels. Many on-air and consumer-facing elements are incorporating the new FS1 logo this week. The FOX Sports 1 oval will still be present in limited fashion after this week.”

Given the popular usage of “FS1,” a new logo and identification makes sense.  The shift to FS1 (and as you can probably deduce, from Fox Sports 2 to “FS2”) is also helpful from the standpoint that there are plenty of Fox Sports regional networks in local markets that might make proper channel identification a challenge to some.

Fox wants to still raise awareness for the network and the shorthand of FS1 is easier to promote in a world where the number of characters in a tweet, text, or Facebook message is everything.  FS1 is a better fit in a world where sports networks are known by acronyms like ESPN, ESPN2, and NBCSN.  If the wheels are already in motion, don’t be surprised if down the road the use of the phrase “Fox Sports 1” goes the way of “NBC Sports Network” or better yet, the “Entertainment and Sports Programming Network” fully.

UPDATE: Shortly after our article was posted, both FS1’s Facebook and Twitter pages converted to the new logo and nomenclature.  Looks like the “FS1” era has begun at Fox Sports.