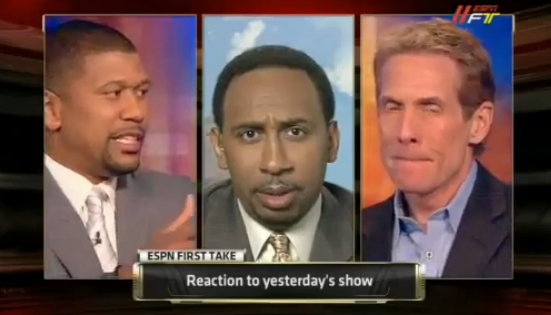 Jamie Horowitz has been on quite the career roller coaster ride over the last two years.  The brains behind such ESPN franchises as First Take and SportsNation rose through the ranks in Bristol all the way to VP of original programming and production.  Then after a tug of war with NBC, he left ESPN to oversee one of the preeminent shows in all of television – The Today Show.  That tenure (if you could even call it that) turned out to be as disastrous as a Tebow Free edition of First Take.  Horowitz was fired less than a year into the job as reports emerged about complete and total chaos behind the scenes at the peacock.  Now after traveling from the top of ESPN to being kicked to the curb by NBC, Horowitz is without a network to call home.

Let’s see… I wonder if there’s a sports network that sees itself as a competitor to ESPN who has been flailing away at trying to craft some kind of creative direction for its original programming.  Hmm… 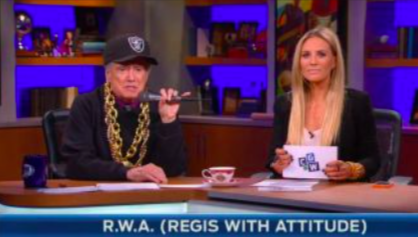 In a move that would shake up the sports media world, John Ourand at Sports Business Journal that Fox has offered Horowitz a position to become their studio programming czar for Fox Sports 1 and Horowitz is mulling it over:

Fox Sports wants to hire Jamie Horowitz, a creative and controversial executive who has had stints at ESPN and NBC, to oversee all of its studio programming.

The 38-year-old is mulling a formal offer from the network that would see him relocate from the New York area to Los Angeles and report to Fox Sports President Eric Shanks, according to several sources. It’s not clear what Horowitz’s title would be.

One of the most creative minds in the business, Horowitz is expected to make a decision as early as this week about whether he wants to move his family across the country. Horowitz parted ways with NBC in November, where he was getting ready to oversee the “Today” show. He is working as an executive producer on the HBO series “State of Play” with Peter Berg.

There’s plenty of layers to unpack here, so let’s do so one by one…

1. Fox Sports 1 has not met their own expectations as a challenger to ESPN, and maybe even as a viable alternative.  On a daily basis, the network is quite frankly an afterthought.  The majority of FS1’s original programming was canceled within the first year and their marketing blitz as “The One for Fun” was a flop.  The high-profile signing of Mike Francesa has probably led to more blog headlines about prank callers and the pope’s sniping about his constant preemptions than actual viewers.  FS1 has created a few new stars, but it’s been more miss than hit by a long ways in their original programming lineup.  In that sense, Rupert Murdoch should be backing up a Brink;s truck into Horowitz’s driveway.  Perhaps FS1 sees him as the missing piece to the puzzle in trying to find an actual identity that works for the network on a day-to-day basis.

2. On the flip side, the evidence of the first year and a half of Fox Sports 1 is that the studio shows really don’t matter in the grand scheme of things.  It’s all about the live events.  No matter how great Jay & Dan or Katie Nolan are, they’re not turning ESPN watchers into FS1 converts.  Viewers are coming to the network for live events.  Then they’ll stick around for studio programming.  Not the other way around.  Fox Sports 1 could have the greatest sports show in the history of the earth, but if its lead-in is a random Big East game between Marquette and Seton Hall, guess what?  Nobody would watch anyway.  Look at the most recent numbers.  You know what FS1’s most watched studio show was?  NASCAR Race Hub.  With that in mind, is Horowitz even worth the investment or will FS1 just be spinning their wheels trying to do the impossible?

3. There’s no questioning Horowitz and his track record of shows that produce ratings success at ESPN.  But he’ll always be known as the mastermind that brought the plague that is First Take upon the masses.  It’s kind of like Matt Millen – smart guy, great playing career, once a terrific analyst… but it’s hard to get past what he did with the Detroit Lions.  For as much as Horowitz has accomplished, being responsible for the worst show in the history of sports television is not one you can whiteout from the resume.  If he does join Fox Sports 1, will the network dive into debate shows, the hottest of hot takes, and any kind of gimmick you can imagine in the holy name of ratings.  Will FS1 bring the Clay Travis boob draft to TV?  Anything is possible.

4. With that in mind, would signing Horowitz be a sign that Fox Sports 1 is already waving the white flag in building a true alternative to ESPN?  We’ve seen them bring in former ESPN talent and now they’re hoping to snag a former top executive.  Would Horowitz merely turn FS1 into ESPN2 Lite or can FS1 actually hit the reset button and build something that is compelling and different enough to get sports fans to change the channel and keep it there?

If anything, a potential Jamie Horowitz-Fox Sports 1 marriage certainly makes things as interesting as they have been in quite some time in the Fox-ESPN rivalry.  But if Horowitz joins Fox and launches a debate show between Clay Travis and Andy Roddick I’ll need to go into therapy.