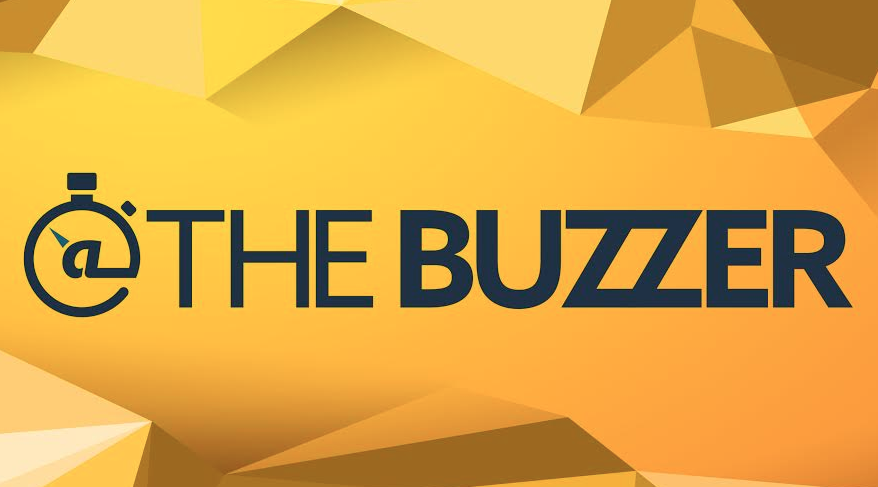 New platforms for content — the entertainment industry’s favorite word — pop up every day. The problem is making them successful.

But a year after its launch, “@TheBuzzer” has become a viable video series of FoxSports.com, producing daily in-house content for the site, and it has been a resounding success.

The program started when Fox Sports took up residency in the nearby YouTube Space LA, a building in Playa Vista where YouTube creators can film their pieces in professional studios. Fox’s idea was to create short videos  — 90 seconds or less — that could be consumable and shareable for a younger audience online and on mobile. The language would be less formal, the host would never wear a suit or tie, the stories would include video or photos and either be funny or newsworthy or both, finishing with a take or a joke.

Co-Host Andy Nesbitt — who shares hosting duty with the newly hired Kristen Balboni — started with @TheBuzzer as a writer for its blog with Jimmy Traina and then morphed into its on-air host. Pete Vlastelica, Executive Vice President of Digital for Fox Sports, wanted the videos to have the voice of what Nesbitt and Traina were doing for the blog, so Nesbitt was selected as its host.

At the beginning, they tried more of a comedy show, actually hiring comedy writers and shooting sketches, but then the World Cup started. Uruguay’s Luis Suarez bit Italy’s Giorgio Chiellini and @TheBuzzer was one of the first outlets to respond with a quick, viral-ready video.

“We had a video up shortly thereafter and it just blew up on YouTube,” Nesbitt said. “We kind of looked at that and said that’s what people react to on social sites so we should be more reactive to the news.”

After almost a year of filming, the response time for videos has gotten quicker and the proficiency has improved. The videos themselves have exploded in views and shares on Facebook primarily, thanks to the social media service’s new auto-play feature.

“Last summer they turned on auto-play in the news feed and then the Ice Bucket Challenge happened, which was kind of the first cultural moment that took advantage of that auto-feed feature,” Vlastelica said. “So, more video began to be viewed on Facebook than ever before and the timing was just perfect for us. We kind of transitioned @TheBuzzer from a primarily YouTube-focused program to a primarily Facebook-focused program, and that’s really what’s driven its success.”

Since November 2014, 93 percent of @TheBuzzer video views come from Facebook, and social media referrals make up around 44 percent of total traffic to FoxSports.com, which is a 293 percent increase from last year. Fox Sports has 17.6 million likes across its Facebook accounts, which is a 522 percent improvement since last year.

“Facebook has done a great job of making video very easily accessible and also very shareable for users,” Patrick Muldowney, Manager of Social Media for Fox Sports, said. “With the user base that Facebook has, the reach is incredible on these videos.”

Muldowney credits Facebook for much of @TheBuzzer’s success, and other than the neverending task of reaching new followers, his challenge is to replicate its success on the other social media platforms.

“The challenge of Twitter is once you put content out there, it’s gone a few minutes later,” Muldowney said. “We’ve been a lot more aggressive in distributing videos multiple times, trying to hit different peak times of traffic for specific groups of sports fans.”

The show no longer broadcasts from the YouTube Space, but instead uses the FoxSports.com office as its newsroom background and does videos completely in-house. But the @TheBuzzer team has been able to take the show on the road, traveling to the Super Bowl — where Nesbitt estimated they did around 90 videos — and the Daytona 500, and they have also done remote segments, interviewing celebrities and athletes in their environment like Ronda Rousey in the week before her fight.

Along with the general interest @TheBuzzer, Fox has launched specific versions targeting individual sports like UFC and soccer, and NASCAR, which films in Charlotte, along with a Spanish-speaking version. A new @TheBuzzer Snapchat page just launched, they have nearly 27,000 followers on Twitter, and Vlastelica said anything that comes out of their digital studio is designed to be multi-platform, whether that is YouTube, Facebook, Twitter, Snapchat or even on television on Fox Sports 1.

January 2015 was @TheBuzzer’s best month for its videos with 37 million views, showing that the technology and the desire for content like this are peaking at the perfect time.