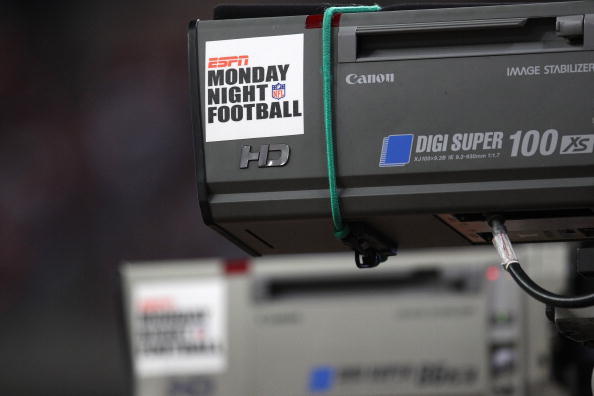 Two major stories that broke in the last week at arguably the two most prominent sports divisions in the country had the same underlying theme: the need to keep costs under control.

– First, this website reported cuts were being made at Fox Sports 1 at the television newsdesk.  Not only were there some jobs lost and the streamlining of digital and TV news operations, but equally as significant – FS1 will cut down on travel for reporters and coverage of events the network doesn’t have the rights to.  More on that second point in a follow-up from Richard Deitsch here.

– Second, news from two separate business publications (Bloomberg and The Street) noting rising costs at ESPN are causing Wall Street to become skittish about corporate overlord Disney.  Analysts are bearish about Disney in spite of massive revenues being taken in because of soaring production costs and rights fees.  The bottom-line dilemma is summarized by The Street thusly:

In a business in which content is king, the price of acquiring live-sports content is continuing to rise, and ESPN may have to trim costs elsewhere, possibly with its on-air talent and behind-the-scenes employees.

The fact of the matter is that we’ve already seen the evidence of ESPN trimming costs.  Not even the global conglomo that is the four-letter-network is immune to tightening the purse strings.  These are just a few of the measures that ESPN has taken in the last two years to cut costs, some of them have flown more under the radar than others:

– ESPN taking the unusual step of producing and calling Division I college basketball games from the Bristol studio.  Fans could clearly tell the difference and were not happy.

– In June, USA Today ran a large feature on the new Bristol unit that houses many production aspects that normally would be taken on the road.  The headline?  “How ESPN plans to save millions on broadcasts without you ever knowing.”  And it’s not just college basketball – it’s MLS, X Games, and a number of other events that will see behind the scenes staff stay behind in Bristol instead of hitting the road in a cost-cutting measure.

– In May 2013, ESPN laid off hundreds of workers.  This included larger than life figure Howie Schwab.

– In a rare public 180, ESPN had to take back their flashy upfront announcement that flagship morning radio program Mike & Mike was moving to New York City.  Just a month and a half ago, ESPN announced with much fanfare that Golic and Greenberg were making the move to the Big Apple for cross-promotional opportunities with Good Morning America and much more.  In late June, the move was abruptly canceled.

– While cost might not be the primary motivation, getting the high dollar contracts of Bill Simmons and Keith Olbermann off the books can ease the burden.  However, ESPN still has a number of multi-million dollar contracts that they’re paying out as many top on-air personalities have re-signed recently (Fowler, Davis, Herbstriet, Bilas, Twellman, and Stephen A. Smith, who just so happens to make over $3 million per year).

If you've gotten a new contract at @espn during last 3 years; lucky you. If you're up now, you've got serious case of bad timing.

All of these measures, in one way or another, lighten the burden on ESPN’s budget.  And if you want to go back to Fox Sports, that company laid off all of its writers at their respective regional networks.

So why would ESPN and Fox Sports be feeling such pressure to not fall so deep into the red?

Live sports rights continue to be exponentially more expensive with no end in sight.

Just look at the increases for the four major professional sports in their new television contracts.  The NFL had the smallest increase of the leagues.  ESPN pays them a mere $1.9 billion per year for Monday Night Football.  The NBA’s most recent contract saw ESPN go from paying the Association $485 million per year to a whopping $1.4 billion.

The price of poker in televising live sports has gone up, and up, and up.  And it’s not just the major professional leagues either.  Here are even more examples of the massive increases…

All of that money has to come from somewhere!

For ESPN, that means trying to cut back on production costs and maybe even some high profile salary.  (It also means an increase in your cable bill, but more on that in a bit.)

For Fox Sports 1, the sacrifice might be even greater.  If Fox scales back their news operation for FS1 and only limits themselves to offering in-depth live coverage of events they have the rights to, it means an abandonment of truly competing with ESPN on a national level, at least for the foreseeable future.  FS1 can’t expect to be taken seriously as a true competitor or challenger to ESPN’s throne by only taking half measures as a national sports network and putting a cap on news gathering and reporting.  As it turns out, trying to go head-to-head with ESPN is much more challenging… and expensive… than they might have anticipated.

Fox Sports 1 looks to be going the NBCSN route for now, going all-in for the sports and events that they have the rights to and not trying to play the game on ESPN’s turf.  And there’s nothing wrong with that strategy – it’s just not what Fox boasted they would be when FS1 and FS2 launched.

In fact, NBCSN has executed this strategy very well in the last couple years.  They’ve owned their corners of the sports world (NHL, EPL, F1, Olympics, etc.) offering typically high-quality and in-depth coverage.  And the peacock has done it without making too much noise about becoming the next and greatest worldwide leader.

With the cost of live sports rights, perhaps that’s an impossible dream for anyone at the moment.

The big question is this – with rising rights fees for live sports, is all of this sustainable?  Can ESPN, Fox, CBS, NBC, and Turner continue to afford these mega-contracts without gutting their networks?  Can advertisers afford to pay more for their time?  Most importantly, can fans afford the rise in their cable and satellite bills?  It’s likely that everyone will have to carry the load in some way.  Don’t be surprised when you’re paying $8 a month for ESPN in the not-too-distant future to help chip in.

The latest news to hit the industry in the past two weeks makes me ponder the subject of the sports rights bubble much more seriously.  Yes, there are good arguments to be made on both sides.  On one hand, rights fees have always been increasing and the industry has been able to withstand it.  After all, there is no more valuable property in television than live sports programming.  On the other hand, where do the seemingly infinite parade of higher fees end and with whom?  How many jobs have to be sacrificed and corners cut for the latest billion dollar television contract?

Not even ESPN, worth billions and billions of dollars, can pick and choose what events they win the rights to.  Not even ESPN can write blank check after blank check anymore.  With the news this summer of workers being laid off, production costs being cut, high-priced talent potentially going elsewhere, and investors feeling queasy, the networks are certainly feeling the squeeze.

If the bursting of the bubble ever comes, maybe it isn’t going to come from an army of cord cutters and fans who have finally decided they’re paying too much for live sports.  Maybe it’s going to come from the networks themselves, who eventually decided that cutting costs everywhere else to foot the bill for live sports just isn’t worth it anymore.