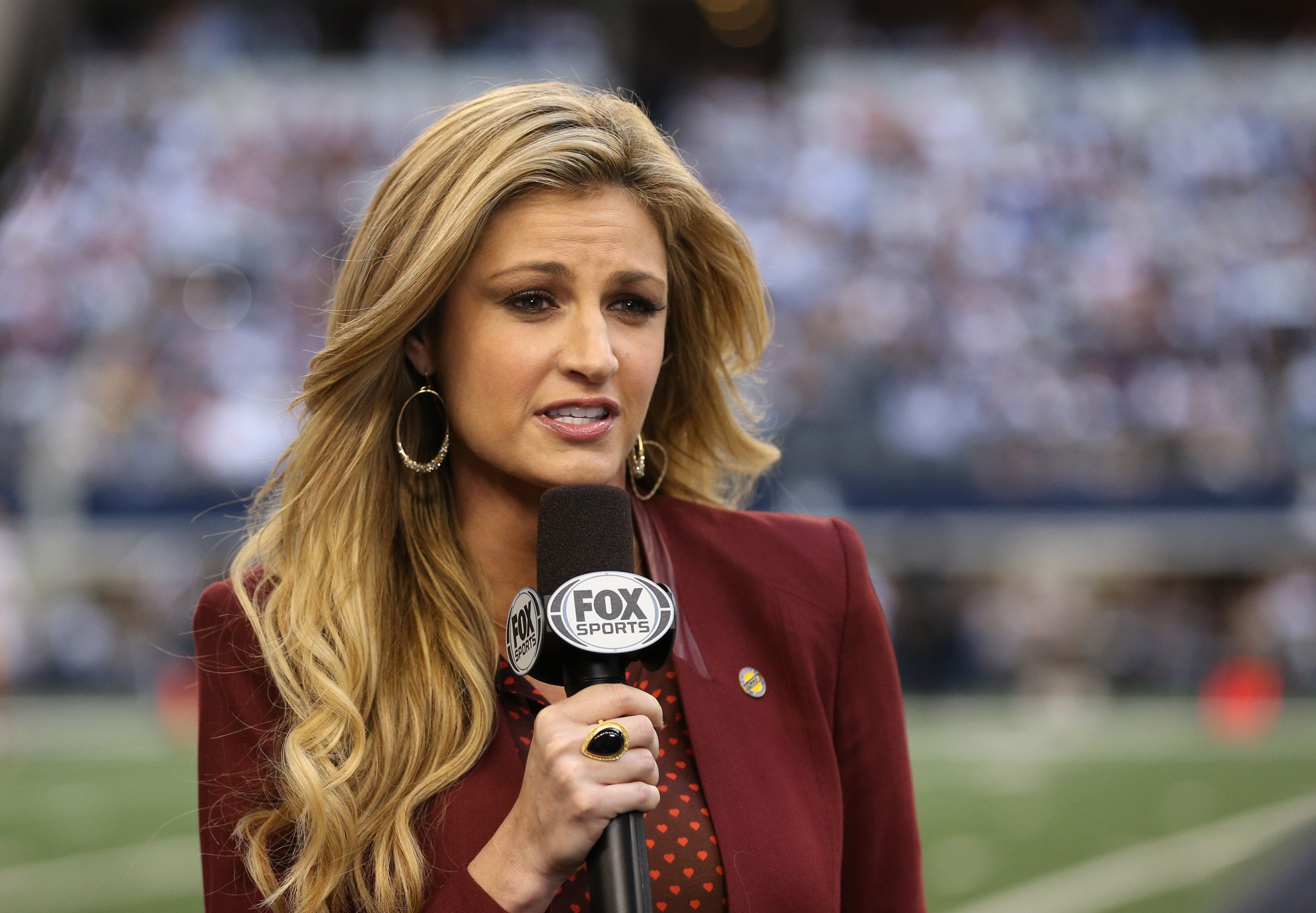 As Bill Simmons is now a lame duck at ESPN, he will join a whole host of people who have left the Worldwide Leader. Some have had varying success outside of Bucolic Bristol, CT while others have struggled. The sports media landscape is filled with people who have worked at ESPN and left. In the case of Michelle Beadle, Keith Olbermann and Jason Whitlock, they got to return to the Worldwide Leader. Some of those who left were able to parlay their experience in Bristol and become an even bigger success. Others are still trying to find their way.

As ESPN will allow Simmons to leave the nest and fly to another media outlet or go solo at his own site, he’ll find that he won’t get the promotion from one of the strongest public relations teams in sports media, but depending on where he lands, he might be turn out o.k. in that department.

While Simmons won’t be leaving ESPN until the fall (or so we think), let’s take a look at some of the people who have left the network for what they were hoping were greener pastures and how it resulted. 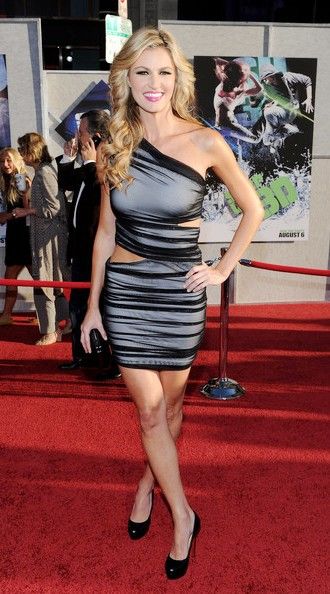 Left ESPN in 2012 after eight years at the Worldwide Leader being used primarily as a sideline reporter and as a host on College GameDay in her final two years. She became the host of Fox’s College Football Saturday studio that fall as well as being a contributor to Fox NFL Sunday. In addition, she joined MLB on Fox as a reporter for the All-Star Game, the League Championship Series and the World Series. She also made an appearance at the 2013 Daytona 500 where she blew off 50 Cent.

In 2014, Andrews joined ABC’s Dancing With the Stars as Tom Bergeron’s co-host, was taken off the college football studio and replaced Pam Oliver on the NFL on FOX “A” announcing team.

After a couple of years of miscasting her in the studio, Fox seems to have found its niche for Andrews. 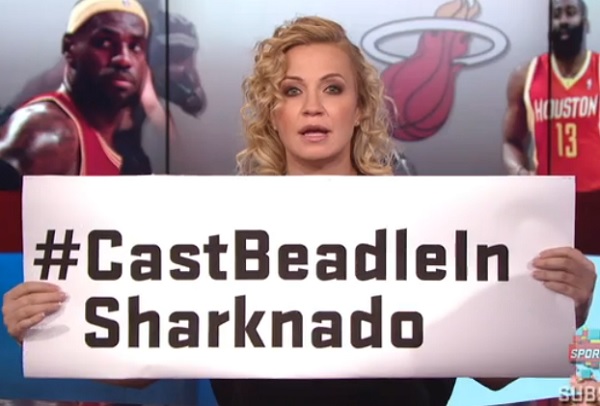 In 2012, NBC called and lured her to the Peacock where she was a host on NBC Sports Network’s coverage of the London Olympics, joined Access Hollywood and also hosted “The Crossover” with first Dave Briggs, then solo. After an appearance on a podcast where she expressed her displeasure over pre-emptions and lack of promotion for the show, “The Crossover” was canceled and became persona non grata with NBC. She was eventually traded back to ESPN in exchange for English Premier League highlights rights plus the Ryder Cup.

Since her return to the Worldwide Leader, Beadle has re-joined a re-tooled SportsNation and has spoken out on various subjects including Bill Simmons’ 2014 suspension and Floyd Mayweather.

Beadle seems to be comfortable back with ESPN and doesn’t appear to be itching to go anywhere else. 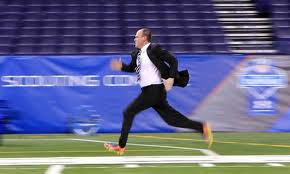 One of the bigger success stories of an ex-ESPN’er, Eisen was part of what could be considered SportsCenter’s Golden Age in the 1990’s which included the Mod Squad (Bob Ley, Robin Roberts and Charley Steiner), the Big Show (Keith Olbermann and Dan Patrick) and Late Night (Eisen and Stuart Scott). You may remember Eisen hosted ESPN’s foray into reality TV, “Beg, Borrow & Deal.” He also broke Mark McGwire’s retirement from baseball on SportsCenter.

Eisen is one of the bigger success stories of the former ESPN’ers. 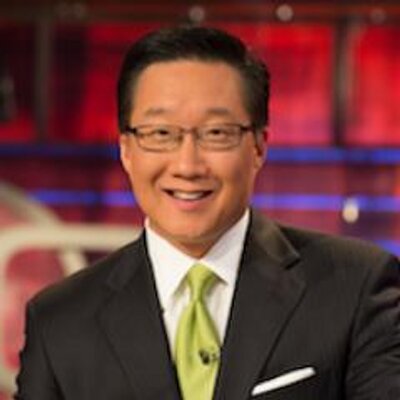 Kim was one of the original anchors at ESPNews when the network launched in 1996. He moved to being one of the lead anchors for ESPN America which was seen all over Europe, the Middle East and parts of Africa. Hockey fans remember Kim as one of the hosts of nhl2nite on ESPN2. Kim remained at ESPN until 2013.

He joined the online 120 Sports which launched in 2014 where he’s the lead host. 120 Sports has the backing of MLB, NBA, NHL and Sports Illustrated and is on Apple TV.

We’ll see if 120 Sports has staying power and if it can reach millennials. Kim is the face of 120 Sports as it’s in its second year of existence. 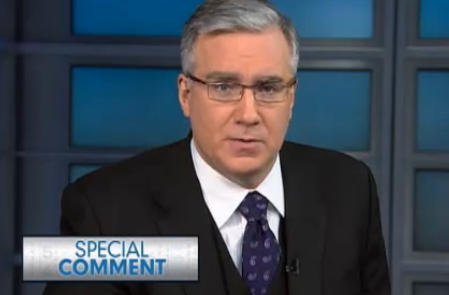 One of the highest profiles departures from ESPN, Olbermann left by mutual agreement in 1997 after five years at the network. During his first tour with the Worldwide Leader, Olbermann along with Dan Patrick brought SportsCenter into the 1990’s with the extremely popular 11 p.m. ET edition. An appearance on The Daily Show with former co-worker Craig Kilborn led to his downfall and the famous quote from an ESPN PR flack that K.O. didn’t burn bridges in Bristol, “he napalmed them.”

And in a total surprise, he re-joined ESPN in 2013 to host “Olbermann” which was originally a late night program, but was moved to late afternoons the following year.

In the 16 years in between, Olbermann worked at MSNBC (twice), Fox Sports/Fox Sports Net, ABC Radio, NBC Sports (twice) where he and Patrick reunited on Football Night in America, and Current (a channel which shall not be named).

Overall, K.O. appears to be comfortable and even happy in his second tour even with a suspension earlier this year. 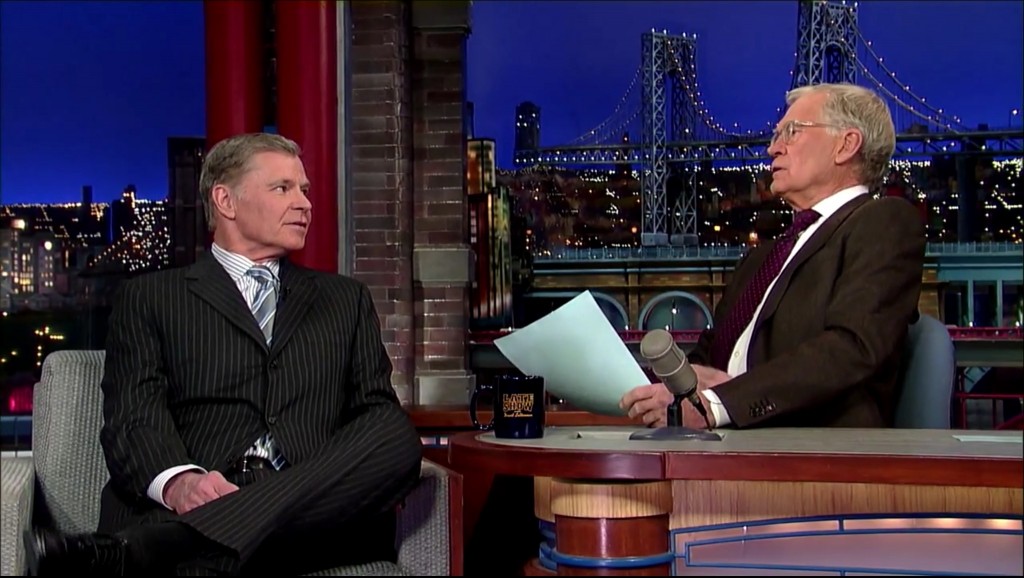 He joined ESPN in 1989 and anchored SportsCenter until 2006. In addition to anchoring SportsCenter, Patrick hosted a midday ESPN Radio show and the network’s NBA coverage.

In 2007, Patrick decided to leave and start his own radio network. Originally on a handful of stations, the Dan Patrick Show was then distributed on Fox Sports Radio on over 200 stations. In 2009, the show was then picked up by DirecTV and eventually aired on NBCSN in 2012.

Patrick was signed by NBC in 2008 to co-host Football Night in America as well as join its Olympics coverage. In 2014, he became host of Sports Jeopardy on the online channel Crackle.

Like Rich Eisen, Patrick’s move away from ESPN has been very successful.

Whitlock is in the midst of developing his Grantland-style site, The Undefeated. But like Olbermann, Whitlock is in his second tour with ESPN.

Back in 2002, Whitlock was wrote columns for ESPN.com’s Page 2 and made appearances on various TV shows. He left for AOL, but expected to continue to appear on ESPN’s shows, but like Olbermann, seemed to napalm a bridge when he talked with The Big Lead and disparaged Mike Lupica and Robert “Scoop” Jackson.

Whitlock then went to Fox where he wrote columns and remained a polarizing figure. In 2013, ESPN President John Skipper lured Whitlock back to ESPN with the promise that he could develop his own website.

At last report, the development of the website is not going as well as planned.

As you can see, there has been varying amounts of success in the examples we have cited. Bill Simmons can look to these and others who have left (Ryan Burr, Craig Kilborn, Rob Stone) and found homes at other outlets. So as we look at what will happen in the next few in the new soap opera “Where Bill Simmons Will Turn,” the guessing as to where he will go now begins in earnest.