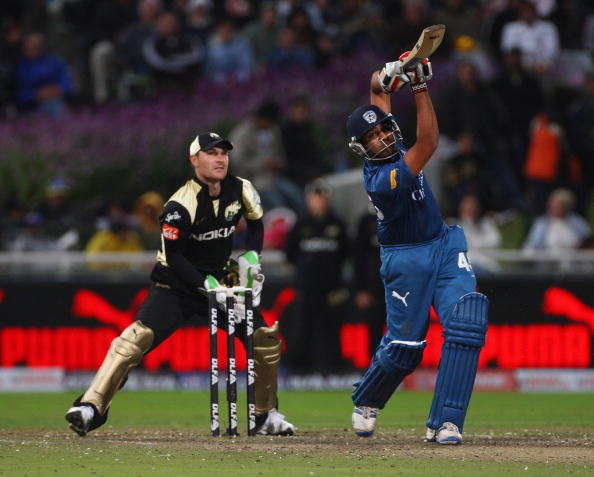 ESPN is seeking to reinforce their mantra as the self-proclaimed worldwide leader in sports.  Bristol is making a significant push into one of the world’s most popular international sports that is still something of a novelty on American shores: cricket.

Currently, ESPN has been offering coverage to the ongoing Cricket World Cup through an over-the-top subscription basis and has been showing highlights from the tournament on SportsCenter.

Now, we’ve learned that ESPN has won rights to televise the lucrative Indian Premier League in America.  The IPL was launched in 2008 and almost immediately became a multi-billion dollar brand with viewers all over the globe.  The tournament follows the television friendly Twenty20 format, where both teams bat for 20 overs.  This means that games only last for about three hours instead of an entire day (50 over one day internationals) or multiple days (traditional test matches).  Much like the NBA or the English Premier League, the IPL features the best players from around the globe.

The Board of Control for Cricket in India (BCCI) has awarded the Indian Premier League (IPL) media rights for the US market to Walt Disney-owned sportscaster ESPN. The dominant sportscaster in the US has been awarded the rights at a total fee of $12.4 million for three years until 2017. The BCCI had received three bids from Willow TV, Times Internet, and ESPN. Willow TV was the incumbent rights-holder for the US market. The Marketing Committee of the BCCI had met in Chennai today to decide on the media rights of the IPL for the US region. “We are delighted to have entered into a strategic partnership with one of the leading platforms of global sport, ESPN, which will deliver the widest possible reach ever for the Pepsi IPL in the United States,” BCCI secretary Sanjay Patel said.

$12.4 million dollars is a lot of money to televise cricket in the United States, but comparatively speaking it’s not much of a financial risk at all for ESPN compared to other sports rights deals, or even contracts for talent.  To put it in perspective, that’s still several million dollars less than they paid Rick Reilly.

The question becomes just how many matches ESPN might put on television versus putting online at ESPN3, or if we’ll see the network go with the over-the-top subscription model yet again.  The league is somewhat unique in that the competition takes place with games almost every day over the span of two months from April 8th till the final on May 24th.  If Bristol is truly looking into giving the IPL the widest possible reach, then we’ll see more games air on ESPN and ESPN2.  With most of the games happening in the late morning hours stateside, there’s certainly not much live sports competition.

And although there might not be a huge cricket fanbase in America, I like this acquisition by ESPN.  If it means showcasing more world class athletes from around the globe and more live sports at our disposal, then that’s a great thing.  Much like the rise of popularity for the English Premier League stateside, fans can be drawn to the best of the best regardless of the sport.  You might not have any idea what’s going on, but that doesn’t mean it can’t be fun to watch.