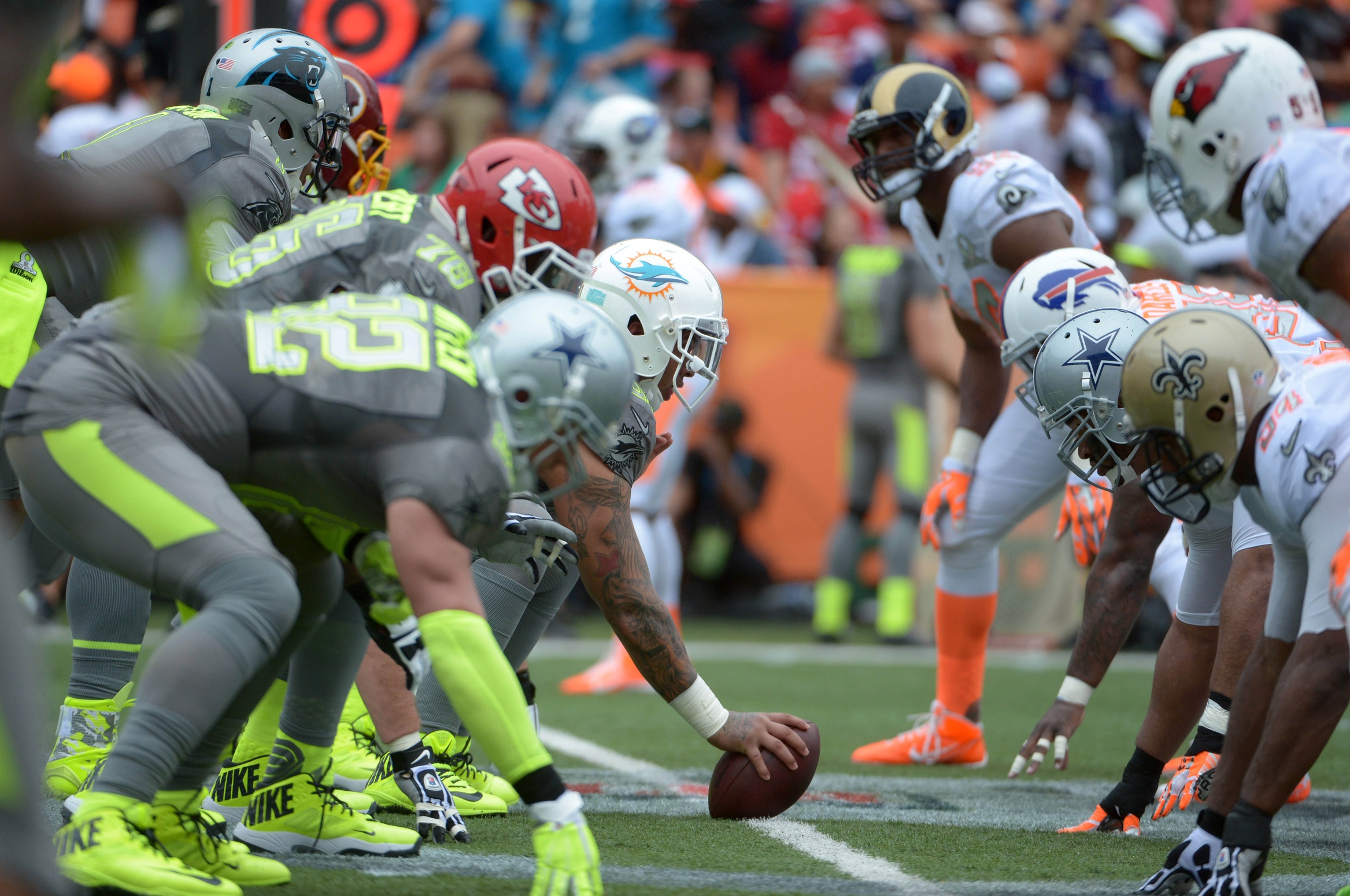 Despite the fact most of us can agree the Pro Bowl really sucks, the NFL’s annual all-star game manages to draw solid television ratings each year. Still, the league never settles and is continually looking for ways to enhance the value of the game.

This weekend, with the game returning the continental United States for only the second time in the last 35 years, the NFL is experimenting by narrowing the goal posts and giving teams two timeouts per quarter rather than three per half. And like last year, the play clock will be shorter, there’ll be four two-minute warnings and kickoffs won’t exist.

But broadcaster ESPN is also shaking things up in order to keep things interesting. The four-letter network announced some of those features this week:

Microphones and sideline interviews aren’t novel or new, but I’m sure they’ll be more common Sunday night. It might be kind of fascinating hearing the coaches talk to the quarterbacks, but it’s not as though they’re running complex playbooks. And sadly, that’s not something we’ll ever get in real games.

Same applies to those “live talk-backs” with the alumni team captains. The problem there is that I’ve never heard anyone say the following:

“You know who I’d like to hear more of? Michael Irvin!”

The coolest part for me will probably be the use of new stats applications. That’s a little vague, but the Pro Bowl probably reaches a younger audience than usual and you know how kids are about their fancy stats these days.

This leads me to wonder if the new bells and whistles will be enough to lead more people to watch the Pro Bowl. I know I won’t be sucked into watching a terribly boring and meaningless game regardless, but it’s not as though the NFL has a lot of big rivals on Sunday night.