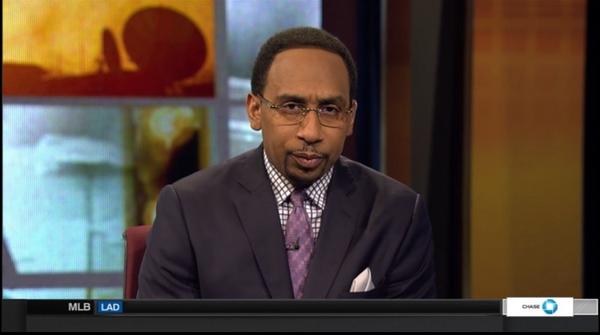 The sports media story receiving the most scrutiny this week has been ESPN’s polar opposite approach to Floyd Mayweather in anticipation of his big fight with Manny Pacquiao.

In the other corner, ESPN has been steadfast in bringing Mayweather’s past to light this week with an Outside the Lines special entirely focused on domestic violence and many online pieces highlighting the issue.  Individually, several ESPN commentators have been taking public stands against Mayweather.  Keith Olbermann went on national television and suggested boycotting the fight while others have done the same in social media.

Wanna watch the fight this weekend BUT I cant justify paying Mayweather..his violence against women is awful..Pay Per View pays him

You watchin this fight if Mayweather hit your daughter? I can respect the man's talent & have zero interest in putting more $ in his pocket

The coverage of Mayweather appears to be having an impact inside Bristol.

In an interesting aspect in his Monday media column, Richard Deitsch made note of ESPNers privately voicing complaints that Smith’s interviews with Mayweather were overshadowing the journalistic work done elsewhere.  The private pushback is a similar refrain to what Deadspin has noted after their piece was published entitled, “Why is ESPN serving as Floyd Mayweather’s mouthpiece?”

Clearly, SportsCenter is looking for avenues to attract attention given declining ratings the last two years, and ESPN did get cross-promotional pieces out of the interview. But at what price? The company was also crushed in many quarters and while the usual trope from Bristol Pravda operatives is that Deadspin and its ilk (I’m part of the ilk on this one) are just bashing for page views and antihero street cred, the criticism went well beyond the sports blogopshere. I’d cite respected journalists Jamil Smith and Shalise Manza Young, as well as Hofstra University professor Brenda Elsey as just three small examples of people being disgusted.

Many ESPN staffers have said privately that they are being judged by one person’s take on Mayweather. They are correct, and it’s frustrating and unfair in the same way if I was tagged for something another SI staffer wrote. I’d suggest they talk to their own management if they have issues with the First Take-ization across platforms. They have more power than they realize.

Here is ESPN’s identity crisis for all the world to see: simultaneously pumping up Mayweather and sweeping his violent past under the rug one hour and challenging his legal record the next.  Where does ESPN really stand?  Can it be both?

This is exactly the problem with ESPN employing and empowering carnival barkers like Smith and bringing the entire network down with them.

Of course it’s not entirely fair that the tough questions asked by OTL, the thought-provoking writing of Sarah Spain, and the commentaries of Keith Olbermann that hold the powerful accountable have to be held under the same roof as the puff pieces of Stephen A. Smith.  Of course it’s not fair that the good and tough journalism and writing gets overshadowed by Smith going on national television and saying that Cari Champion should object to Mayweather’s domestic violence “because you’re a woman.”

How could anyone at ESPN expect anything different?  The network simply can’t have its cake and it eat too in this case.  ESPN has to be judged for both the good and the bad of its Mayweather coverage.

Are we supposed to give them a mulligan for doing things they know are an affront to the daily sports conversation?  If you went out to eat and got food poisoning, would you just shrug it off by saying, “at least the ambiance was good.”

ESPN does a lot of great work in the journalistic field.  They have scores and scores of talented on-air and behind-the-scenes people that are exponentially greater than almost any network.  They have the capability to produce the hardest-hitting coverage around the clock that nobody else in American sports media can do.  They don’t have to dive straight to the bottom for ratings because they are basically printing their own money at this point.  That is what makes their constant willingness to give millions of dollars to the Stephen A. Smiths of the world all the more frustrating.

Here’s a serious question for the network to ponder: if ESPN doesn’t want us to pay attention to Smith’s PR work with Floyd Mayweather, then why even air it in the first place?  If you want our attention on the good work done at the network, then why accept doing anything less?  Why not stop this train before it starts?

ESPN gets just what they ask for with Stephen A. Smith.  And they seemingly are content to not do anything about it.