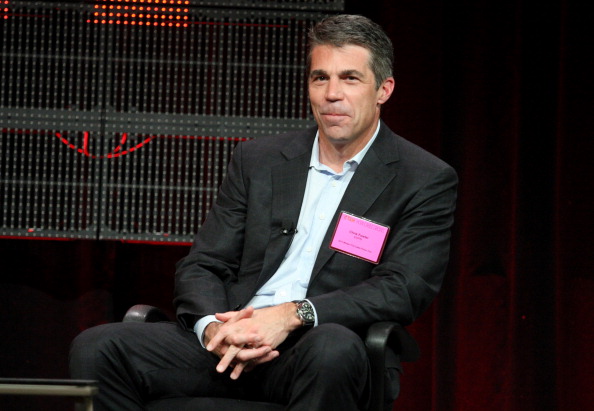 Of all the sports the network broadcasts, college football is perhaps one of the strongest and deepest top-to-bottom rosters that Bristol has at their disposal.  And this week ESPN revealed their broadcast lineup for the upcoming 2015 college football season. 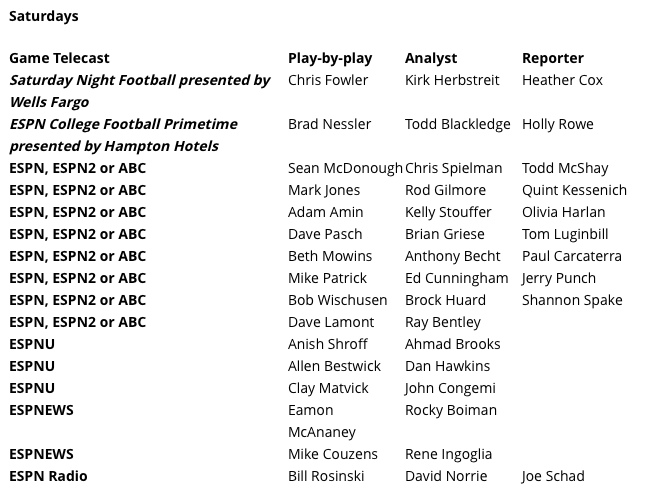 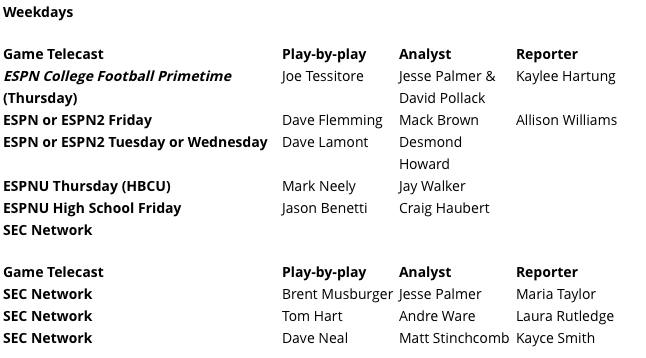 * Rece Davis transitions from his role as Thursday Night Football play by play man and #2 studio host to the anchor for College GameDay.  Joe Tessitore steps in on Thursday nights to join Jesse Palmer and David Pollack, which hopefully should ensure some dramatic games for some top weekday games this season.  And as the domino effect continues, Bob Wischusen is Brock Huard’s new partner this year.  In addition, Kaylee Hartung replaces Sam Ponder on the sidelines.  Ponder is still listed as a contributor to College GameDay, but doesn’t appear to have sideline duty this year.

* ESPN has already decided their top two teams for the season with Chris Fowler and Kirk Herbstreit calling one semifinal and the national championship game and Brad Nessler and Todd Blackledge calling the other semifinal.  Interestingly though, ESPN hasn’t identified timeslots for the other broadcast teams as in years past, meaning we could see some new announcers call more primetime games this season.

* Mack Brown adds Friday night football to his ESPN resume, joining Dave Flemming.  Brown has done most of his work in the studio but impressed when he called a bowl game last year.  He’ll continue in the studio on Saturday afternoons for ABC.

* A few names to watch on the rise: play-by-play man Adam Amin and analysts Kelly Stouffer and Anthony Becht move up from ESPNU to the ESPN/ESPN2/ABC rotation.