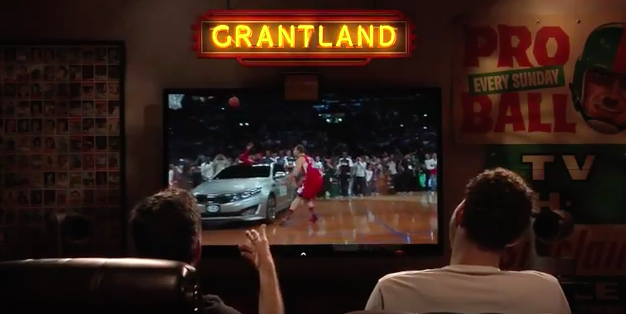 ESPN dropped a bombshell on Friday.  After weeks and months of speculation regarding its future, the network announced that it was suspending the publication of Grantland with immediate effect, ending the four year tenure of the ground-breaking sports and pop culture site that launched in June 2011.

Effective immediately we are suspending the publication of Grantland.  After careful consideration, we have decided to direct our time and energy going forward to projects that we believe will have a broader and more significant impact across our enterprise.

Grantland distinguished itself with quality writing, smart ideas, original thinking and fun.  We are grateful to those who made it so.  Bill Simmons was passionately committed to the site and proved to be an outstanding editor with a real eye for talent.  Thanks to all the other writers, editors and staff who worked very hard to create content with an identifiable sensibility and consistent intelligence and quality. We also extend our thanks to Chris Connelly who stepped in to help us maintain the site these past five months as he returns to his prior role.

Despite this change, the legacy of smart long-form sports story-telling and innovative short form video content will continue, finding a home on many of our other ESPN platforms.

Even though there have been so many questions surrounding Grantland’s future, and even a sense of inevitability about the site once Bill Simmons was asked to leave ESPN and not return, it’s still a shocking development.  It’s stunning to think that ESPN would suspend the publication of Grantland after everything that had been invested in the site.  The odds a year ago at this time that Grantland would be the first ESPN affinity site to go by the wayside would be a 100-1 longshot.  But without guiding force Bill Simmons, the logistics clearly no longer made sense for ESPN.

The news was foreshadowed by a tweet from ESPN scribe Jim Miller, and also perhaps explains the NSFW response he got from Grantland’s Holly Anderson.  Other Grantland writers reacted to the announcement on their Twitter feeds after ESPN issued their release.  One writer even remarked that he found out about it on Twitter:

I love you all very much.

For what it's worth, next Weds was to be my last day at Grantland. Now it's today. Will forever be proud of the amazing work & friendships.

Grantland was the home to scores of fantastic writers whose futures are now well and truly up in the air, not to mention all the behind the scenes individuals that helped to build and shape the site.  Miller states that the contracts of existing Grantland writers will be honored while CNN’s Brian Stelter says that about 40 people will be affected.

Hopefully ESPN will be able to keep many of the staffers on board and continue to provide a platform for the kind of engaging longform content and podcasts Grantland became known for over the last few years.

It’s a sad situation to see, especially considering ESPN is also dealing with the layoff of hundreds more employees from last week.  Grantland closing its doors completes one of the darker months in ESPN’s 35+ year history.

Grantland’s homepage is still live, but who knows how much longer that will be the case.  We’ll provide updates as more information becomes available.

UPDATE: You just knew Bill Simmons would have something to say about Grantland’s demise, and he voiced his displeasure with the way former staffers were treated.

I loved everyone I worked with at G and loved what we built. Watching good/kind/talented people get treated so callously = simply appalling.