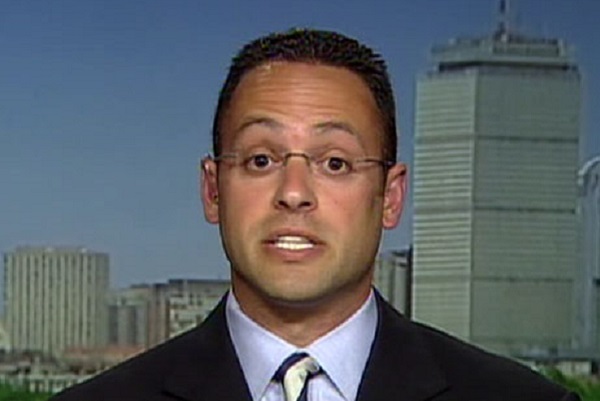 Mike Reiss has been on the New England Patriots beat for 18 years. Over the past 10 years, he’s covered the team for the Boston Globe and ESPN Boston, where he currently works. It seems pretty fair to say that few know the Patriots and their inner workings as well as he does. Yet that apparently doesn’t mean he can write whatever he wants on the team, as far as ESPN is concerned.

On Tuesday, an Outside the Lines investigative report by Don Van Natta, Jr. and Seth Wickersham was published, detailing several new allegations against the Patriots which included team employees breaking into visitors’ locker rooms and hotels to steal play sheets and scouting reports, erasing tapes that showed players on injured reserve illegally participating in practice, and jamming opponents’ headset communications. (That last charge is particularly pertinent after the controversy in Thursday’s Patriots-Steelers game.)

Naturally, Reiss would be expected to respond to that report as someone who covers the team and works for ESPN. His readers surely wanted to know his thoughts on what the investigation uncovered. So Reiss wrote a blog post for ESPN Boston listing five takeaways from the article.

However, ProFootballTalk’s Mike Florio noted that seven takeaways were originally listed in Reiss’s post. In the original piece, Reiss cast some doubt on the OTL investigation, stating that the extremely tight security at Gillette Stadium makes it unlikely that people could sneak into the visitors’ locker room. Besides, what are the chances that coaches would leave play sheets lying around? Additionally, Reiss editorialized at the end, writing “When you’re at the top, everyone likes to bring you down.” (You can see the original post here, thanks to the Wayback Machine.)

What happened to those other two points? Reiss also criticized a Sports Illustrated report that mentioned opposing teams’ suspicions over how coach Bill Belichick knows which players are and are not making the trip to New England. He dispelled the notion by pointing out that such information is available on the NFL’s injury report. Yet criticisms of his ESPN colleagues appear to have been edited out of Reiss’ post.

That raises an entirely different set of suspicions. Were Reiss’ remarks taken out of his piece because they took issue with what his fellow ESPN reporters had written, though they were hardly accusatory or condemning? If so, that’s rather curious, compared to Chris Mortensen’s incorrect Deflategate report being allowed to stand (with the tweet making the allegations kept online months before it was deleted). But we’ve seen several recent examples of the network cracking down on ESPN colleagues criticizing one another or having public disagreements.

Both Florio and the Globe‘s Chad Finn were told by an ESPN spokesperson that Reiss’s article was “given a tighter edit after its initial posting.” Maybe that’s true. Does ESPN prefer a particular word count for such blog posts? Maybe five bullet points is a more enticing number than seven, and an editor thought the weaker takeaways should be taken out.

Yet when the points edited out were critical of a big ESPN report (albeit not terribly harshly, and Reiss was speaking from nearly 20 years of experience) that dominated the sports Internet on Tuesday, there’s reason to be wary. And opening that door seemed completely unnecessary.