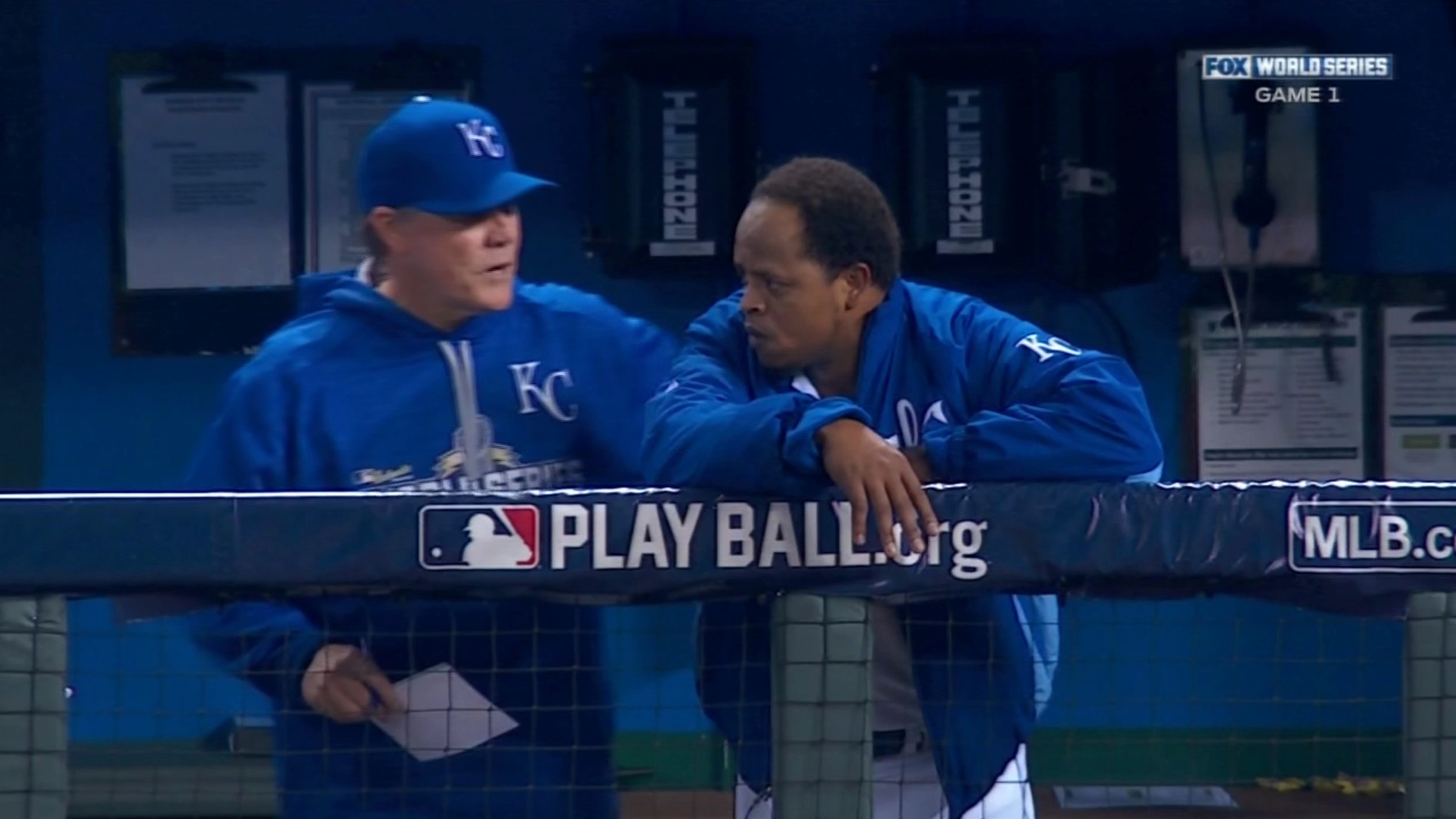 “If I was pitching Game 1 of the World Series and my father had died earlier that day, I would want—”

Go ahead and finish that sentence. You would want what? If your father or mother or sibling or offspring or pet hamster you had since you were a child died the day you were set to start the biggest game of your life, what would you have wanted the Kansas City Royals to do?

What would you have wanted Fox to do?

If you were on social media during the first eight innings of Game 1 of the World Series on Fox—and, while Fox dealt with technical issues, the international feed produced by MLB—you surely had an opinion on how the news that starting pitcher Edinson Volquez’s father, Daniel, had passed away earlier in the day was handled by both the Kansas City Royals organization, and by the Fox crew presenting the game.

I think Fox is absolutely right here. What I want to know more about is whether Royals know, and if so, how/when they tell Volquez.

Seems really weird that FOX isn't mentioning Volquez's father's death. Not like he is paying attention to broadcast.

There were hundreds more, on both sides of the conversation, because social media affords everyone an equal opinion on everything, and everything is usually Joe Buck’s fault. Actually, this time, it was probably ESPN’s fault.

Don’t know why Fox is choosing not to report news about Volquez’s father, but ESPN says he knew before the game: https://t.co/PLY3FcnPjf

Therein lies the creation of an issue. As word spread before Game 1 of the elder Volquez’s death, ESPNdeportes reporter Enrique Rojas wrote that Volquez knew about his father’s passing before coming to the game. In an updated story after the game—and after the Royals public relations staff and manager Ned Yost told reporters Volquez did not know until after he was done pitching—the ESPN report still says he did.

The source said the pitcher heard the news while on his way to Kauffman Stadium for the game. He allowed three runs on six hits in six innings of Kansas City’s 5-4, 14-inning win over the New York Mets.

Fox decided during the telecast not to mention the news, as field reporter Ken Rosenthal explained on Twitter.

Fox Sports is aware of the news about the death of Edinson Volquez’s father but do not plan to report it on broadcast while he is in game.

Broadcast generally on in clubhouse. Conflicting reports on whether Volquez knows. We are not taking chance he would find out through us.

Again, it wasn’t until the eighth inning, after Volquez was out of the game, when Fox reported the news. After the ESPN report indicated Volquez knew before the game, there would have been no reason for Fox not to tell the audience. As drama goes, there is nothing more emotive than a pitcher playing under those circumstances in front of the entire world. That he didn’t know—but we did—felt cheap to some people, and that’s because it’s human nature to make everything about us.

What, again would you have wanted if you were pitching in the World Series? That doesn’t actually matter, because this wasn’t your moment. This isn’t your grief. Per reports during and after the game, Volquez’s wife asked the team not to tell him, and Yost respected that. Working with the Royals PR staff, Fox respected that as well.

Only, that wasn’t good enough for people. Some felt Fox handled the story poorly in not reporting the news. Others thought Rosenthal was wrong to even tweet the news if Fox was concerned about Volquez hearing about it from them.

@Ken_Rosenthal I get that, but I don't understand why it's OK to tweet about it.

@MMAdamMartin @DanaBecker ..a fan could easily inform him coming off the field..

You can hear what Rosenthal said in his on-field report at MLB.com (we’re not even going to try to embed a video of it here), but here is a transcription of what Buck said next. Impart your own Buck-like inflection where you want, but it’s hard to hear where Buck called social media “evil” or admonished anyone—the AP, your neighbor, whoever—for putting the news out before Fox did.

“Ken thank you. Volquez tonight…got through six, allowed three runs on six hits. What we were told by the terrific PR director for the Kansas City Royals, Mike Swanson, during the game was that he was unaware and that it was his wife’s wish that he not be told before or during this start. So with respect to that, we kept that news quiet until he came out of the game. We know, because of social media, that news was bouncing around out there. That’s not our job to break that, in case he were to hear about it—TVs on in the clubhouse, what have you—from us.”

Buck didn’t blame social media for breaking the news, he merely acknowledged that the news was out there and explained to millions of people watching at home—most of who are not tracking Twitter during the game—why Fox didn’t jump on the news earlier.

He said social media was doing something his broadcast wouldn't do, and yet the AP reported it. https://t.co/sJRfDPZAEK

There’s certainly merit from a media standpoint to question why Fox wouldn’t announce the news during the game, but again, has Fox ever passed on an opportunity to capitalize on drama? Hell, some people even suggested the power issue that hit Fox’s television truck and halted the game for a few minutes was nothing more than a marketing trick to get more people to tune in.

Conspiracy Bill thinks Fox did this intentionally to get more people to talk about the World Series.

Why would Fox not take advantage of heartstrings being tugged with every Volquez pitch? Because the Royals asked them not to, after the family asked the team not to tell him. Admirably, both the team and the network respected that request. From MLB.com:

Before the game, Yost conferred with bench coach Don Wakamatsu and catching coach Pedro Grifol about how to handle the situation. They all agreed to honor the family’s wishes, and Yost kept a close eye on Volquez as the night went on. He saw him laughing, smiling, like he always does, and figured everything was fine.

“There’s no road map,” Yost said, “but you just do what the family asks you to do. It was really special to them that he goes out and pitches this game.”

Sometimes we get so caught up in the “responsibility” of “journalism.” First, Fox is producing a television show they paid a ton of money for. Rights holders routinely cater to the requests of the leagues, so what Fox does during a telecast is not exactly on the same journalistic level as a gumshoe beat reporter looking for news in the clubhouse.

Second, the news was already out there, and clearly Fox was aware that anyone who wanted to have that information—save the only man who mattered last night—had it. The only reason people were questioning Fox is because we already knew the information. We question Fox’s credibility all the time, but how that became a credibility issue to some is counterintuitive.

Fox made a human decision during Game 1, even if that meant the viewers who didn’t already know the news had to wait until later in the game to have their heartstrings tugged. Fox didn’t allow those who didn’t know the news to make it about them, like the rest of us—surely myself included—kept making it about us. Given the circumstance, that was probably for the best.