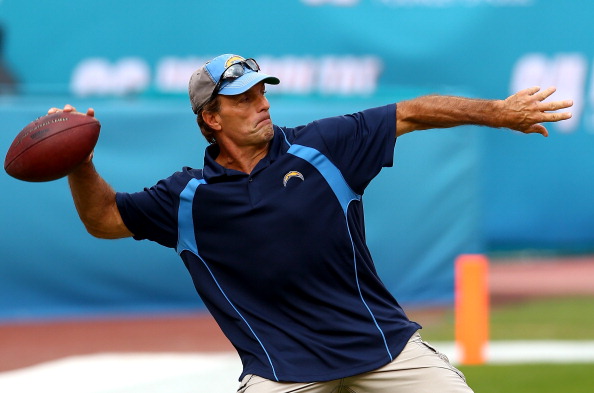 Last year, NBC seemingly pulled a one time and one time only switcheroo when Doug Flutie was inserted into the broadcast booth in place of Mike Mayock for the Northwestern-Notre Dame game. But now it appears it was an audition for the 2015 season as NBC has announced that Flutie will be the full-time analyst for Notre Dame football joining Dan Hicks.

Mayock had been the analyst on Notre Dame football dating back to 2010 when he teamed with Tom Hammond. Along with Hammond and later Hicks, Mayock was on the “B” team for NBC’s NFL Wild Card Saturday doubleheader.

We harken back to comments made by former NBC Sports Group President Dick Ebersol who had some harsh words about Mayock despite hiring him: “He did Notre Dame for NBC. He would not listen. [NBC Executive Producer] Sam Flood did everything to get him to knock off [the jargon].”

We don’t know if jargon was the issue in NBC’s decision to replace Mayock with Flutie, but what’s for certain is that Mayock will remain on NFL Network as its draft analyst.

So Flutie will now become the analyst leaving the pregame, halftime and postgame studio. NBC will still utilize Liam McHugh as game host. Hines Ward will be back with McHugh and replacing Flutie in the studio will be former New York Jets and New Orleans Saints linebacker Jonathan Vilma. Kathryn Tappen returns as the sideline reporter.

NBC will once again air all of Notre Dame’s home games including Texas on September 5 and USC on October 17, both of which will be in primetime. And NBCSN will get its first scheduled Notre Dame game on November 21 as the Fighting Irish take on Flutie’s alma mater Boston College at Fenway Park which will also be held at night.

NBCSN has aired Notre Dame in the past, but only when games have been moved from NBC due to time constraints or weather issues.