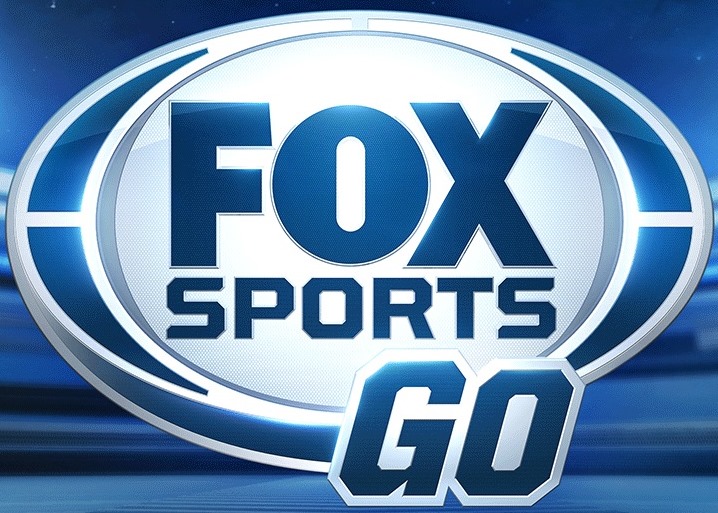 Hey, look at that! I'm authenticated on FOX Sports GO via my @DIRECTV account! @cpiercejr pic.twitter.com/GMPMO1p2JX

We told you earlier this month that DirecTV and Fox Sports had reached an agreement for FSG and it would open for the satellite provider “very soon.” Well, “very soon” has turned into right now and just in time for one of Fox’s big events, the Daytona 500 this a Sunday.

On the Fox Sports Go tablet app, once you get past the introductory screen, you’ll see the Fox Sports channels and once you tap on one of the events, you’ll get this authentication screen and you’ll notice that DirecTV is finally added to the major providers along with AT&T U-Verse, Bright House, Cablevision’s Optimum, Charter, Comcast’s Xfinity, Cox and Time Warner Cable. 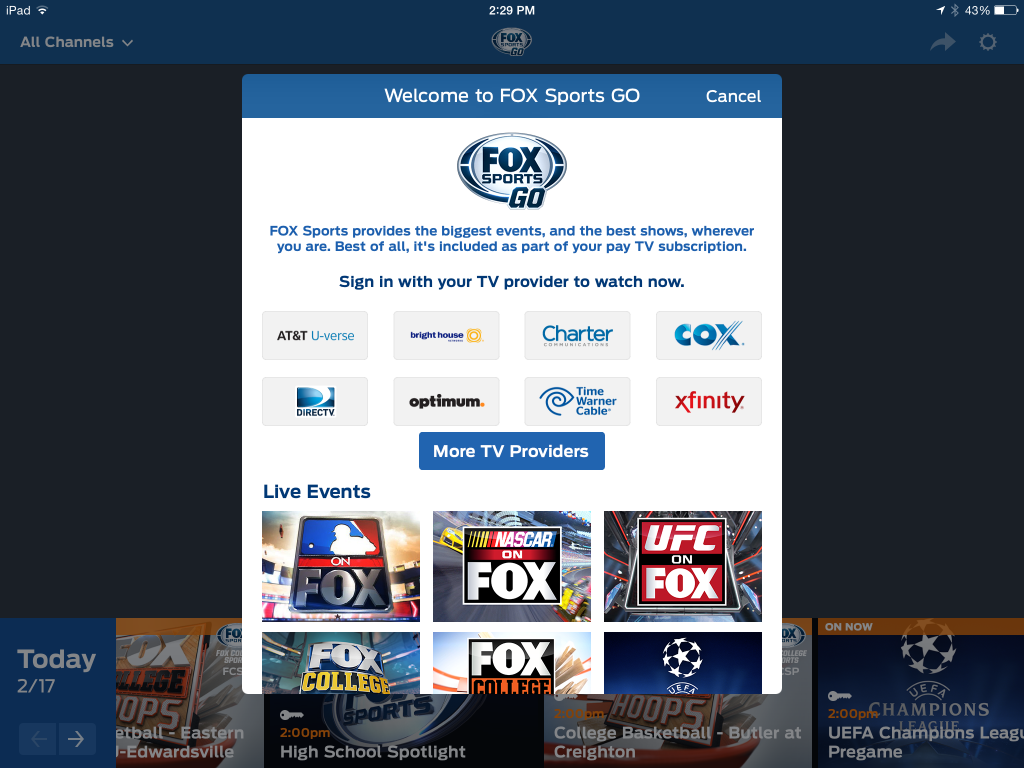 Having signed into the app, the video from Fox Sports 1 has cut in and out, but for the most part is good quality. Fox Sports 2’s picture is rather spotty and has had trouble staying up, but that might be due to the wifi connection. If you have an iPad or iPhone, you can use AirPlay to project the video to your Apple TV player.

This now leaves WatchESPN as the lone online sports app that is currently not available to DirecTV subscribers, but that is expected to be added either at the end of this month or the beginning of March.

DirecTV subscribers have been waiting to gain access to Fox Sports Go since it launched back in October 2013. Asides from one free preview for Super Bowl XLVIII, DirecTV has been locked out, but that has changed and for the better.