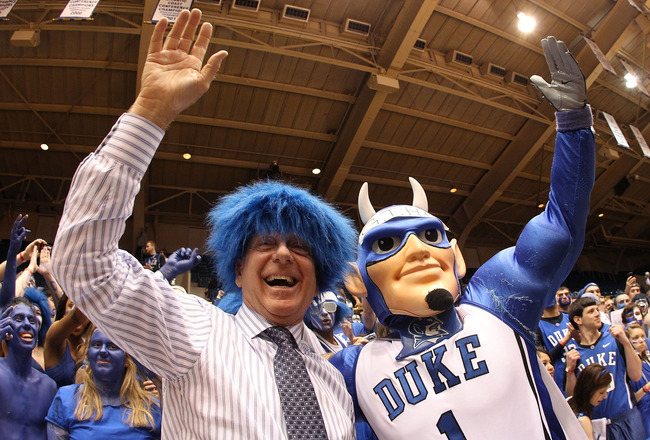 We are definitely in a new era at ESPN. In announcing Chapel Hill, NC as its final College GameDay stop of the basketball season for this week’s Duke-North Carolina rematch, the Worldwide Leader has again assigned Dan Shulman, Jay Bilas and Shannon Spake to the game just as it did for last month’s contest.

And it means that unless Dick Vitale is assigned to the ACC Tournament and the two schools meet in Greensboro, he’ll be totally shut out of one of the game’s biggest rivalries.

We told you about his reaction to not being assigned to the first game this year and we can expect something similar for the rematch. Vitale has been candid about not being assigned, but has also said ESPN has treated him well throughout his time at the network.

Before the season, both Vitale and Bilas signed new contracts switching their roles on college basketball making Bilas the main analyst. And while Vitale has been assigned to some marquee games this season, it’s Bilas who has been on the Saturday primetime series with Shulman.

Vitale will work the NCAA Final Four with Shulman and Bilas for ESPN International, but we are definitely seeing the high profile real-time transition at ESPN to the younger generation of announcers from Brent Musburger to Chris Fowler and from Dick Vitale to Jay Bilas.

Vitale’s contract with ESPN runs through the 2016-17 season.