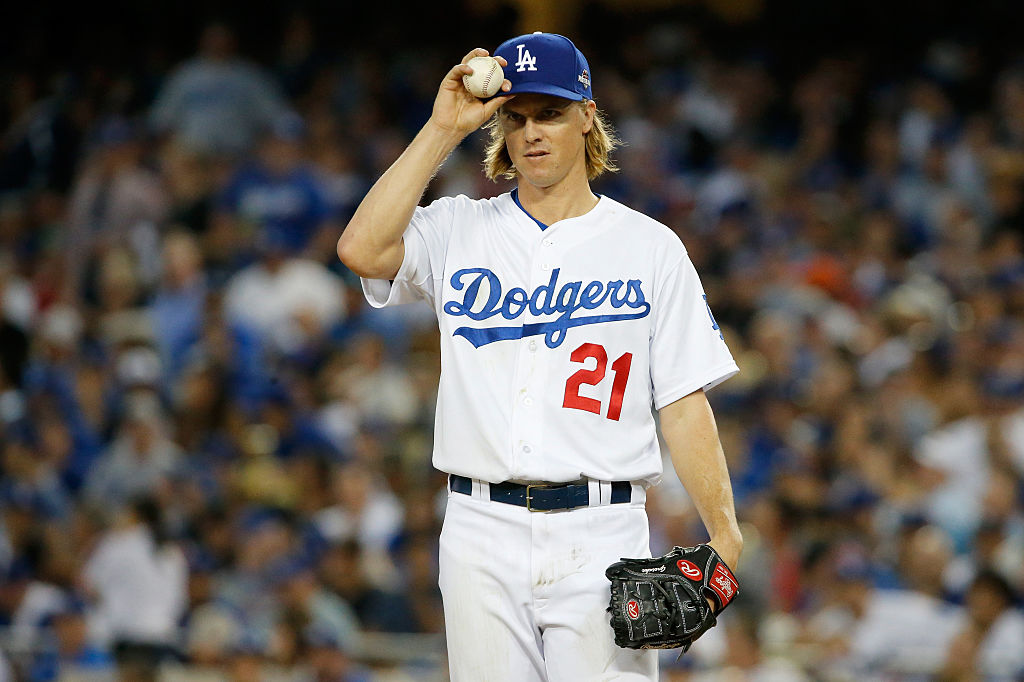 On Friday night, the Arizona Diamondbacks blew away the baseball world by signing free agent starting pitcher Zack Greinke to a six-year, $206.5 million contract. The deal guarantees Greinke an average of $34.4 million per season, the largest average salary in baseball history, and his contract is also the fourth-largest given to a pitcher in baseball history behind those signed by David Price (last week), Clayton Kershaw (January of 2014), and Max Scherzer (last winter).

Needless to say, it’s also the largest contract in Diamondbacks history. The previous high contract for the Diamondbacks was signed just 12 months ago when Cuban infielder/outfielder/DH Yasmany Tomas inked a six-year, $68.5 million contract. Greinke’s contract dwarfs Tomas’s deal by nearly $140 million. Arizona’s management hasn’t spent too much on players since a four-man ownership group led by billionaire Ken Kendrick bought the team in March of 2004. In fact, the last time the Diamondbacks ranked in the top half of MLB payrolls was in that 2004 season when they ranked 15th out of 30 teams. They’ve ranked outside the bottom third in baseball just four times over the past 11 seasons.

So why the sudden spending binge on Zack Greinke? Simple – it’s all about that TV money, y’all.

Prior to their signing of Tomas a year ago, news began to trickle out that the Diamondbacks would be in line for a new local TV deal with Fox Sports Arizona that would “double or triple” the $31 million per season they had been making. In February, the deal was confirmed as a $1.5 billion, 20 year contract that also included an ownership stake in FS Arizona. The contract began to pay out with a signing bonus last year, but the increased rights fees will take effect for the 2016 season… not coincidentally, the first year of Greinke’s new contract.

The Diamondbacks might not be done with just Greinke – they’re reportedly interested in fellow free agent starter Mike Leake, also expected to get a sizable contract this winter.

Local TV money is helping to even the gap between the haves and have nots across Major League Baseball. Previously, only the large market teams across the league would be able to spend money like drunken sailors. Now, the influx of local TV cash spurred by strong summer viewership totals is letting teams in smaller markets sign new, monstrous TV deals with their local RSNs and add a substantial amount of money to their coffers.

Which teams have joined the Diamondbacks as free spenders because of their new TV deals? The most recent team to join the party is the Seattle Mariners. Seattle’s new TV deal took effect with the 2014 season, which led to the Mariners signing Robinson Cano two winters ago. In 2015, Seattle’s payroll was a franchise record $123 million (pushing them into the top half of baseball), and they already have $98 million committed to their 2016 payroll. The San Diego Padres are also a couple of seasons into their new TV deal with Fox Sports San Diego, and their payroll has jumped from $68 million in 2013 to $90 million in 2014 to $108 million in 2015.

Yet another example of a team investing their new local TV revenue into their team is the Texas Rangers. Texas has historically been a team that has alternatively spent money freely and been quite frugal with their payroll. The Rangers were a top ten payroll team in baseball from 2001-2003, but ranked in the bottom half of baseball’s payrolls in all but two seasons from 2004-2010. Then, the Rangers got a monstrous new deal with Fox Sports Southwest, their payroll went through the roof, and the team has ranked in the top ten in each year since 2012.

And what about in the future – which teams that haven’t traditionally been free spenders are in line for a new TV deal and a spending spree? It may seem strange to say this, but one team in that category is the St. Louis Cardinals. The Cardinals also joined the billion dollar party recently, and their new TV contract begins in 2018, complete with an extra $20 million per year in rights fees and a minority stake in Fox Sports Midwest. The Cardinals have never really been a team to go too crazy with their payroll, but they’ve been on the outer edges of the top ten in payroll over the last decade-plus. The extra cash could push them solidly into the top ten – not that the Cardinals need to spend more money to succeed, of course.

Another team in line for a new TV deal is one that appears to be embarking upon a rebuild, not something you want to do before inking a new TV contract – the Cincinnati Reds. The Reds’ deal with Fox Sports Ohio supposedly expires following the 2016 season, and no new contract has been announced, or even rumored. If Cincinnati does start bringing in all that delicious TV cash, it might not get spent on players since the team plays in the tough NL Central and likely won’t contend in the near future – that’s not good news for Reds fans.

But the team most likely to cash in with a new TV deal in the future is one that doesn’t really need much more revenue – the Chicago Cubs. The Cubs synced their deals with CSN Chicago, WGN, and WLS to expire in 2019, and they’re planning on creating their own network in 2020. The club was top ten in payroll from 2006-12, but dropped as they embarked upon their own rebuilding process. Now with a young core of talented players supplemented by eight figure salary veterans like Jon Lester, John Lackey, and Miguel Montero, the Cubs are poised to make noise for years to come. Imagine that organization, as great and as talented as it is right now, with an extra $30 million or so to spend every year. It’s terrifying, isn’t it?

So while Zack Greinke’s signing by the Diamondbacks came as a surprise to many because of Arizona’s lack of spending in the past, it’s going to become the new norm. Big ticket free agents aren’t going to only be restricted to a handful of teams anymore. When a player like Greinke, or David Price, or Stephen Strasburg next season hits the free agent market, it’s not going to only be a battle between the Yankees, Red Sox, and Dodgers. Greinke is a Diamondback. Cano is a Mariner. Giancarlo Stanton has the largest contract in American sports history, and he’s a Marlin (for now, at least). Joe Mauer opted to re-sign with the Twins years ago instead of testing free agency and fielding offers from the large market teams.

Local television money has helped keep small market teams competitive. And that’s not a bad thing – unless you’re one of those teams stuck with a below market TV contract with no immediate hope of salvation. Sorry, Braves.