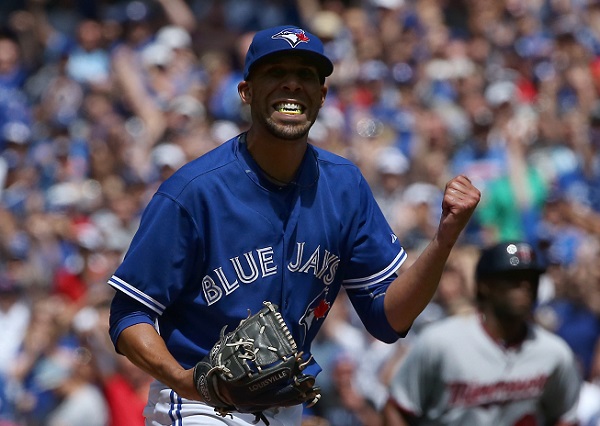 Clichés can sometimes be a helpful — or lazy — shortcut to make a particular point, especially in regular conversation, but relying on them can sometimes get broadcasters or writers into trouble.

ESPN baseball analyst Dallas Braden has been hearing it from Blue Jays fans since referring to the surging club as a “beer league softball team” in the first inning of Monday night’s Tigers-Royals telecast, during which Dave O’Brien, Eduardo Perez and Braden were comparing Kansas City’s productive offense to the more celebrated Toronto lineup. Here is a clip, courtesy of Global News:

“I feel like [the Royals] are showing the world, ‘Hey, we’ve got an offense but we can go about it in a multitude of ways. We can do it on the basepaths, we can do it… moving guys around… creating offense if we need to… we can also hit the long-ball,” said Braden. “So they’re not that beer league softball team up north that they have in Canada, but they can swing the bat just as well as anybody in the game.”

To some, “beer league softball team” implies a squad full of fat, unathletic, yet strong guys who can crank the ball over the fence. But to most in baseball, the term applies to a lineup that can hit a bunch of home runs, yet don’t hit for contact or run the bases well. Other Blue Jays fans apparently felt Braden was saying their team was less than major league quality.

Among those who took offense to Braden’s crack was Blue Jays pitcher David Price, who tweeted the following:

Did #ESPN really call us a “beer league softball team?!” I’m guessing cause we hit homers?? That’s all we do well right?! #hihaters

Perhaps it’s understandable for Blue Jays players and fans to bristle at being considered a one-dimensional team. Toronto does hit a lot of home runs, ranking second in MLB behind the Astros, with three hitters notching 20 or more this season and six with at least 10 homers. But the Jays also have the third-best average (.263) in the AL, lead the majors with a .331 on-base percentage, and rank in the middle of the league with 59 stolen bases. So the “beer league softball team” label doesn’t exactly apply.

Are Toronto fans and Price being oversensitive? Sure. Braden made a lazy remark that was worth dissecting, but is it worth very much outrage? Having said that, the analyst certainly didn’t necessarily portray himself as a man of nuanced thought with some of his responses to Blue Jays fans on Twitter.

@Isted_1 what a full & complete moron you are. Just a waste of vital oxygen. Any way I can exchange you for Cecil the lion? — Dallas Braden (@DALLASBRADEN209) August 11, 2015

@glamourgirlca now is when you go take that long walk off a short cliff & join the rest of your rationale.

As Braden said in another tweet, “sometimes clowns just need a nose honk.” No argument there. But maybe those clowns don’t need their noses ripped off either.