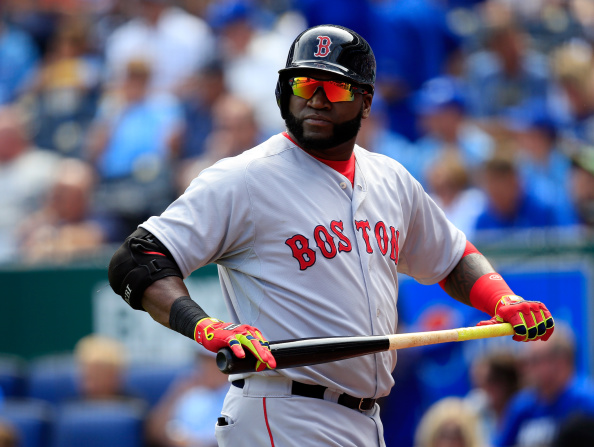 Since it launched last year, The Player’s Tribune has been home to some pretty interesting content penned by athletes. One of the latest posts on the site is by Boston Red Sox DH David Ortiz, talking about PED use.

After discussing drug testing and the new restrictions placed on substances in 2003, Ortiz begins to talk about his continued solid performance in his mid to late 30s.

And then he shares an anecdote about an unnamed reporter (whose description fits Shaughnessy to a tee) and destroys him.

In 2013, I came off the DL and started hot. My first 20 games I was hitting like .400. And the reporter with the red jheri curl from The Boston Globe comes into the locker room says, “You’re from the Dominican. You’re older. You fit the profile of a steroid user. Don’t you think you’re a prime suspect?”

He’s saying this with a straight face. I had taken like 70 at-bats. Anybody can get hot and hit .400 with 70 at-bats. I was stunned. I’m like, I’m Dominican? I fit the profile? Are you kidding me?

I wanted to kill this guy. But you can’t react. That’s what they want. They want you to get angry so they can bury you. So I just smiled at him and asked for his address.

“Why do you want my address?” he said.

This is a reporter from my own city coming to my locker and telling me I’m too good, that I must be on some shit. I’m sitting there thinking, Man, I get tested 10 times a year and I’ve helped win this town two World Series titles in 2004 and 2007 and this guy who has never played a game of professional baseball in his life is telling me I’m a suspect.

My test was clean just like the other 8 or 9 tests that season. My batting average settled down to .300, because of course it did. I hit like 30 home runs and we won the World Series. Was that acceptable for the reporter? Were my numbers too high for a player from the Dominican? Should I have taken another blood test before popping the damn champagne?

The honesty is refreshing, and hilarious. Yeah, the Shaughnessy story has been around for awhile, but seeing Ortiz address it in the way he did is pretty awesome.