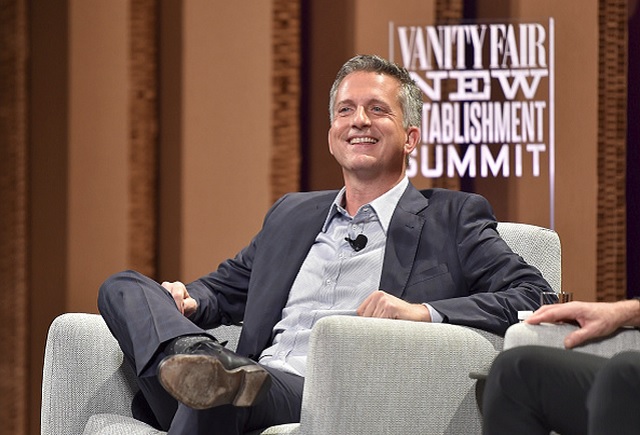 On Friday, James Andrew Miller reported that four Grantland staffers were leaving the site to join its original founder Bill Simmons at his yet-to-be-announced new venture. While we still don’t know what Simmons has in mind — though a sports-culture site similar to what he built at ESPN with Grantland seems likely — the names of the quartet reuniting with their former boss have been revealed.

Sports Illustrated’s Richard Deitsch reported Sunday that the four bolting Grantland are Sean Fennessey, Juliet Litman, Mallory Rubin and Chris Ryan.  Fennessey was deputy editor, Litman had the title of special projects editor, while Rubin and Ryan were listed as editors for the site. As of yet, it’s not known what positions they will take with Simmons’ new venture, which probably shouldn’t be a surprise since there has been no formal announcement. All four of them confirmed their departure Monday afternoon on Twitter.

Naturally, it’s also possible that some could have a role with the TV show Simmons is currently developing with HBO. Given that the four editors worked on culture coverage more than sports, it does raise the question as to whether or not either the TV show or new website will focus more on culture. Or perhaps Simmons prefers to leave that beat in trusted hands while he works to hire some new names for sports coverage. (Of course, prying staffers who covered sports away from ESPN may have been a tougher sell.)

However, perhaps the most significant loss Grantland will sustain is a different name besides the four editors, one that worked more behind the scenes. Dan Fierman, the site’s founding editorial director and a big force behind many of its bigger hires, is leaving Grantland to be the vice president and editorial director of MTV News. Both Deitsch and The Hollywood Reporter‘s Meena Jang reported Fierman’s departure.

Before his job with Grantland, Fierman was in charge of culture coverage and special packages at GQ. Prior to that, he was an editor and writer for Entertainment Weekly. As Variety‘s Brian Steinberg points out, MTV News is really trying to ramp up its digital and social media presence, and given Fierman’s success with the “30 for 30” documentary series and Grantland’s podcast network (which included videos on YouTube), he would appear to be a great fit for that objective.