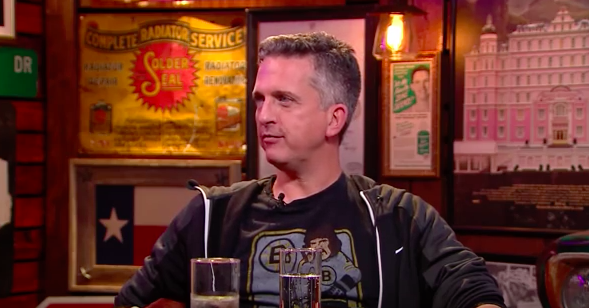 You probably know Sal Iacono better as Cousin Sal from “Jimmy Kimmel Live!” or Bill Simmons’ podcast. He’s also the new NFL gambling expert for ESPN. Given his association with Simmons and the acrimonious way that Simmons and ESPN parted ways, there was sure to be a big Bostonian elephant in the room when Sal made his next appearance on The WorldWide Leader.

Sal was on SportsCenter for a segment with Neil Everett. Towards the end, Everett asked if Sal wanted to plug anything else that he’s doing. He mentions “Jimmy Kimmel Live!,” his Twitter account and then started alluding to an NFL podcast he does with Bill Simmons when the ESPN screen playfully switched to a “We Are Experiencing Technical Difficulties” placeholder image. When the broadcast returned, Everett turned to the camera and said, “Never heard of him.”