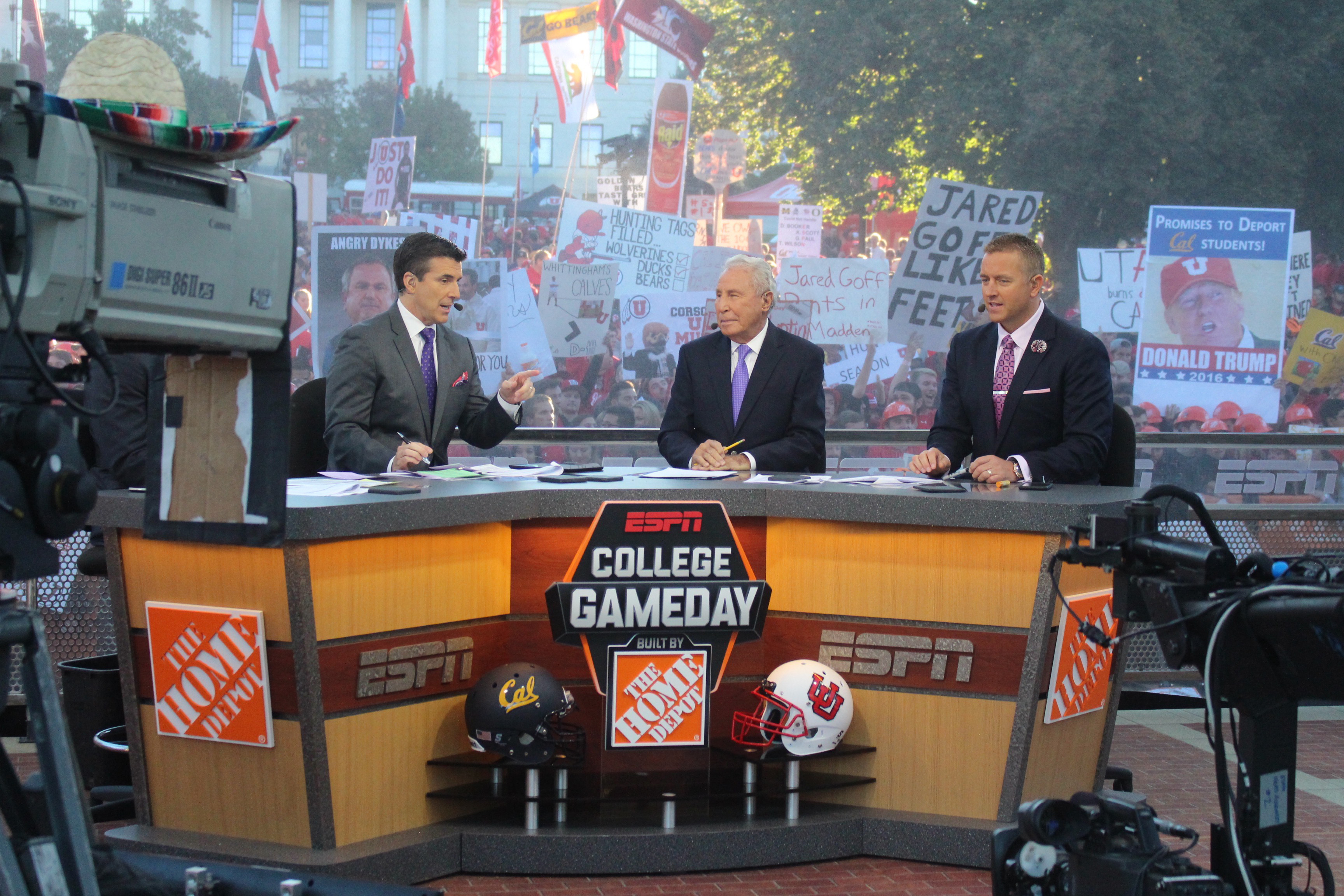 College GameDay has been a huge success for ESPN over the years, but there were some questions heading into this year on how Chris Fowler’s departure (to focus on being the #1 college football play-by-play man) and Rece Davis replacing him as the host would affect the ratings. Fowler had been GameDay’s host since 1990 (replacing initial host Tim Brando), before the show even went on the road starting in 1993, so his exit was a significant moment, and one that left big shoes for Davis to fill. So far, though, the ratings have been better than the show’s seen since the 2013 expansion from two to three hours. From ESPN’s release:

College GameDay Built by The Home Depot – college football’s longest running and most celebrated pregame show – is averaging 1,992,000 television viewers and an additional 41,000 average minute impressions on WatchESPN through the first five episodes of this season. As a result, this season is the most-watched and most-streamed first five weeks of College GameDay since the Emmy Award-winning show expanded to three-hours on ESPN (August 31, 2013*).

This season’s 1,992,000 average television viewership through the first five weeks represents a 15% and 5% increase over 2014’s and 2013’s first five weeks, respectively, and, on WatchESPN, an 87% and 163% increase in average minute impressions over the same two years.

ESPN also notes that this season’s debut episode, from Fort Worth ahead of Alabama-Wisconsin, drew 2,232,000 viewers on average, the most any episode has pulled in since the 2013 expansion to three hours. It’s not just that episode buoying the ratings, either, as the Oct. 3 edition (from Clemson) pulled in 2,144,000 viewers, the fourth-most of any episode over the last three years. Thus, GameDay seems to be doing just fine with its new host. Fowler’s doing well too as the top play-by-play voice, Davis has done an admirable job of hosting so far, and that shuffle also prompted ESPN to shake up “College Football Final” and its other studio shows, helping to spare viewers from the endless Lou Holtz and Mark May debates (Holtz retired in April, while May moved to ABC’s halftime coverage, where he’s more tolerable alongside John Saunders and Mack Brown) and giving promising talents like Adnan Virk bigger roles. So, the new assignments are carrying plenty of benefits for viewers, and they’re working out in the ratings for GameDay so far as well.