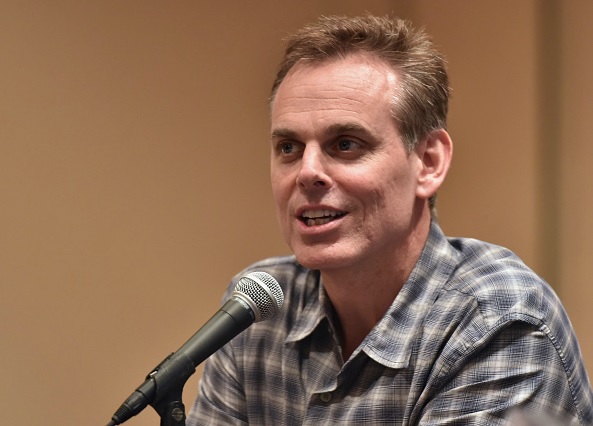 Colin Cowherd wasn’t on the air Monday and Tuesday, but returned to his ESPN Radio show Wednesday and began by addressing the news we all know but haven’t heard him address directly.

Saying that he bet management was listening to his show today, surely curious as to what might be uttered now that his departure from ESPN has been widely reported (and confirmed), Cowherd made it official to his listeners.

“Yes, I’m leaving ESPN,” Cowherd said. “It’s been unbelievable. And I don’t wanna get melancholy here. It’s amicable. I’m on the air today talking about it. That tells you the relationship I have with this company and with my bosses, who are friends for life.”

Here’s the clip from Wednesday’s show, via SportsGrid:

Cowherd went on to recap how he’s been with ESPN for 10 years (“the best 10 years of my life”) after being a local radio host in Portland, taking over for Tony Kornheiser when the company could have picked anyone from a major media market for what he called “the best syndicated radio opening in sports.”

He also explained how ESPN offered him “a great contract, incredibly fair,” but said it “wasn’t about the money, it was about the funny.” (Whatever that means.) At this point of his career and such a long stint in one place, Cowherd said he wanted a new challenge, “a new mission” to keep himself from going stale, something he’s seen happen to many people in the radio industry. Rather than maintain something, he wants to build something.

What will that “something” be? Cowherd mentioned that he’ll have a radio show on Sirius, a podcast and a simulcast, and hopes his listeners will go find him. Curiously, he did not confirm he was going to Fox Sports, but said he’ll soon announce his next destination, what’s been reported has been “pretty accurate,” and that ESPN was allowing him to talk about this on the air so he wouldn’t be promoting other networks. That would certainly seem to indicate he’s moving to the competition.