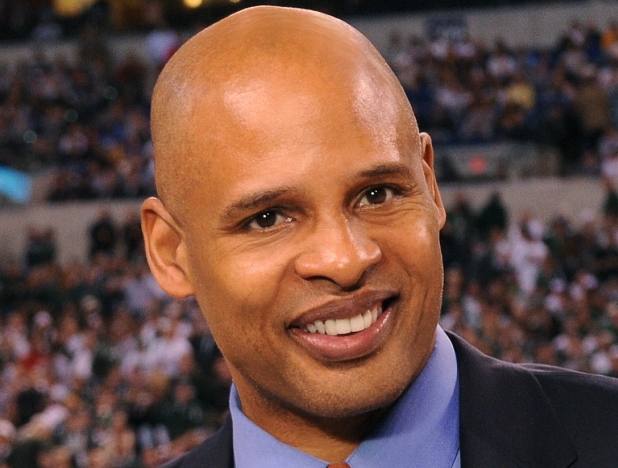 Since 1993, Clark Kellogg has been either the lead studio or game analyst for the NCAA Tournament. He’s exclusively worked on television throughout his time with CBS and Turner Sports. But that will change this season as Kellogg will pull a rare TV-radio double during the Final Four in Indianapolis next month.

Kellogg will continue to work on CBS and Turner in the studio throughout the tournament and at the Final Four at Lucas Oil Stadium. But during Final Four weekend on Saturday, April 4 and Monday, April 6, Kellogg will be heard on Westwood One Radio’s coverage.

You might be wondering why Kellogg will be on radio. Well the move is necessitated by Bill Raftery’s jump from radio to TV this year. Raftery had been the radio analyst for the Final Four from 1991 through 2014, but when Greg Anthony was arrested and subsequently suspended back in January, CBS/Turner had to juggle its lineups and Raftery became the main analyst along with Grant Hill.

So Westwood One decided to replace Raftery with Kellogg. He’ll remain on TV working on TBS for the Final Four pregame, then when the game starts, he’ll move down to press row to call the radio broadcast with play-by-play man Kevin Kugler and former Georgetown coach John Thompson.

At halftime, Kellogg will move back to the studio with Ernie Johnson, Charles Barkley and Kenny Smith and return to the broadcast table to call the second half, then go back to TV in time for the postgame.

He’ll repeat this process for the second game of the Final Four as well as the National Championship Game.

Westwood One has done this before on the NFL with Boomer Esiason when CBS was live at the AFC Championship and the Super Bowl. The logistics with Esiason were different as he had to go from the broadcast booth down to the field and back again, but with Kellogg, the distance going from the studio platform to courtside will likely be shorter than Esiason’s.

As far as we know, this is the first time that someone will pull the TV-radio double duty at the NCAA Final Four.