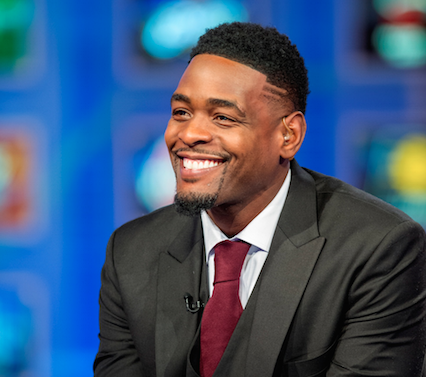 Former Michigan and NBA star and current TNT analyst Chris Webber isn’t mincing words when it comes to the NCAA. TMZ approached Webber (with WNBA player Tamika Catchings) at the Los Angeles airport to ask for his perspective on the National Labor Relations Board deciding to dismiss Northwestern football players’ petition to unionize, and Webber responded by comparing the NCAA system to slavery, citing Bill Russell in the process:

Webber said the Northwestern case isn’t the only way to reform college athletics, though.

“There’s not just one answer for that, I think there’s another answer, and hopefully they’ll work everything out, because college basketball can be great.”

This is and isn’t a controversial take from Webber. His use of the word “slavery” is definitely going to draw some attention, and deservedly so, but he’s made this comparison in a very roundabout way, citing another player’s comments to him. (To be fair to Webber, too, he made these comments after being approached at the airport by TMZ, not in a typical on-air commentary setting.)  Webber’s past issues with the NCAA  should be considered here as well, of course; he can be expected to have strong feelings about the organization. Comparing anything to slavery shouldn’t be done lightly, though, and Webber may not have chosen the best forum to do so and the most thoughtful way to make that case. This does show he may have some interesting things to say about the NCAA and the growing movement to pay players, though, and perhaps that’s something we’ll see more commentary on from him in the future.