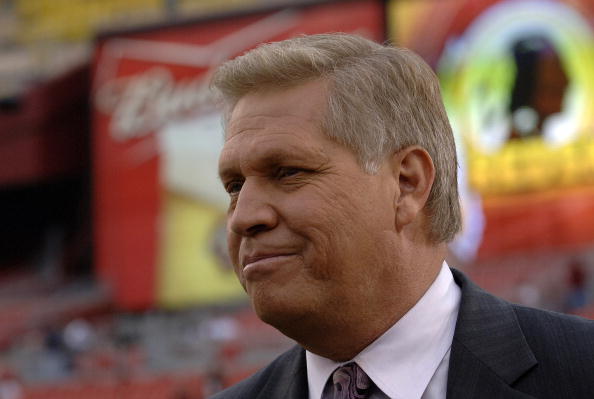 In his press conference after Tom Brady’s 4 game suspension was upheld, New England Patriots owner Robert Kraft spit hot fire at the NFL, Roger Goodell, and basically anyone involved in the DeflateGate saga.  Although he wasn’t mentioned by name, one of those targets was ESPN’s Chris Mortensen.  Kraft called out Mort for a hugely important initial DeflateGate report that has been proven wrong.

Mort’s report from January 20th was that 11 of the 12 footballs were deflated by 2 pounds each, a damning detail that seemingly indicted the Patriots organization and Tom Brady.  It’s been retweeted almost 15,000 times since.

That information from Mortensen was deemed false in the Wells Report, which only said 1 ball that was measured by two officials at halftime was deflated by that high of an amount.  This is taken directly from Page 68 of the Wells Report. 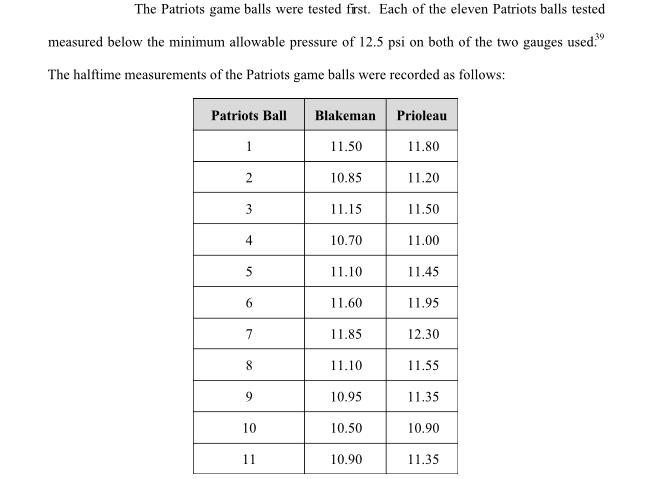 In his press conference, Kraft accused Mortensen of peddling false information planted by those anonymous “league sources.”  From Kraft’s presser earlier this week:

“The league’s handling of this entire process has been extremely frustrating and disconcerting. I will never understand why an initial erroneous report regarding the psi level of footballs was leaked by a source from the NFL a few days after the AFC Championship game was never corrected by those who had the correct information. For four months, that report cast aspersions and shaped public opinion.”

That all leads us to today where Mortensen backed out of a scheduled interview with WEEI’s Dennis and Callahan.  Mort was scheduled to appear on the program at 7:45 ET this morning but reversed his plans and refused to go on.  The hosts even attempted to call multiple numbers attached to Mortensen live on the air to no avail.

This tweet is still up this morning, sadly the author of it is not. https://t.co/2uQYXqN050

Pro Football Talk has the transcript of the note that was read on the air from Mortensen to Dennis and Callahan backing out of the interview:

“You guys made a mistake by drumming up business for the show and how I would address my reporting for the first time,” Mortensen informed WEEI. “I will not allow WEEI, [Patriots owner Robert] Kraft or anybody to make me the centerpiece of a story that has been misreported far beyond anything I did in the first 48 hours. Maybe when the lawsuit is settled, in Brady’s favor, I hope, we can revisit. Don’t call.”

One wonders why Mortensen agreed to go on the program in the first place, because if it didn’t look like he had something to hide before, well, it really looks like it now.  What else are the hosts going to ask him about but the Patriots owner calling out his reporting?  And whether he wants it or not, his reporting is at the center of this entire DeflateGate drama.  (We’ve reached out to ESPN to see if they have a statement on the canceled Mortensen interview and what happened this morning and will share if one is provided.)

Again from PFT, Mike Florio explains how Mortensen’s report helped to shape and construct the narrative and stack the deck against Brady and the Patriots from the beginning:

The false report instantly changed the narrative from “the NFL checked the Patriots footballs at halftime” to “someone deflated 11 of the 12 the Patriots footballs by two pounds each; what did Brady and Belichick know?” It made another Ted Wells investigation logical, it put the Patriots on the defensive, and it kept the Patriots from responding to the accurate PSI readings by pointing out that, on one of the two air-pressure gauges used, they fall squarely within the range expected by the Ideal Gas Law.”

It’s very clear that someone in the league office either lied or misled Chris Mortensen and tricked him into publishing this false information and now Mort has to take the heat publicly for the mistake.

Mortensen and ESPN definitely need to take responsibility for his errant report that was such an integral part of the DeflateGate story.  Yes, it was a mistake, but if Mortensen and ESPN admit it and then move on, it makes it much less of a hot button topic than it is now.  Refusing to address it is only going to stoke the fire.

Let this be a lesson as to why the continual use of “sources” and “league sources” can be a dangerous precedent in sports reporting.  It could be that the NFL used Mortensen and viewed him as a potential mouthpiece to push their false agenda.  It could be that someone (or multiple people) betrayed Mortensen’s trust that was built up over years of reporting.  Both truths would be troubling.  And when you combine that with the power and influence the NFL seemingly has at ESPN over how critical it can or cannot be of the league (see Olbermann, Keith and Simmons, Bill) it’s very troubling.

But at a deeper level, given the shadiness of the league office and their questionable behavior through one saga after another, NFL fans have to seriously question what they can and can’t trust now that comes from these nefarious “league sources.”