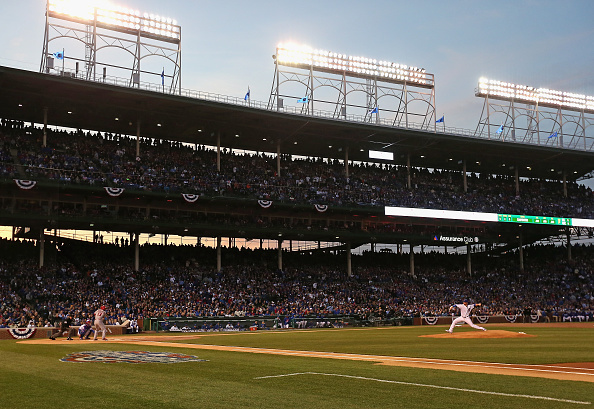 The Chicago Cubs want to branch out on their own. Having been part of the old Fox Sports Net Chicago and now, Comcast SportsNet Chicago, the Cubs have shared cable channel space with the Blackhawks and White Sox. In cases of conflicts with the Blackhawks playoff run or during the summer with the White Sox, the Cubs often aren’t the Most Favored Nation having to move to an alternate channel.

So the Cubs with eyes on the end of their Comcast contract are hoping to launch their own regional cable network in 2020, possibly sooner. Cubs President of Business Operations Crane Kenney told a local radio station that the team will move forward with plans to create its own channel.

As it currently stands, the Cubs have an ownership stake in Comcast SportsNet Chicago, but apparently, that won’t be enough. The Cubs also have TV deals with WGN and WLS which also expire in 2019 and that will allow the team to put most or all of its games on the new channel.

Cubs President of Baseball Operations Theo Epstein hinted that the team could even leave earlier if a buyout with Comcast could be worked out:

“My understanding is that we’d be open to a deal earlier than that as well, as long as a good one presents itself.”

As we have seen with the Dodgers, launching a network on its own can have growing pains. SportsNet LA is not available in all of the Los Angeles market as cable and satellite providers have balked with the channel’s per subscriber price. And Dodgers fans who were used to getting all of the games when the TV contracts were with Fox Sports West and KCAL have to depend on the radio now.

The Cubs knowing what the Dodgers are going through will have to find a way to avoid the pitfalls for SportsNet LA if it hopes to gain a piece of the Chicago cable audience in 2020.