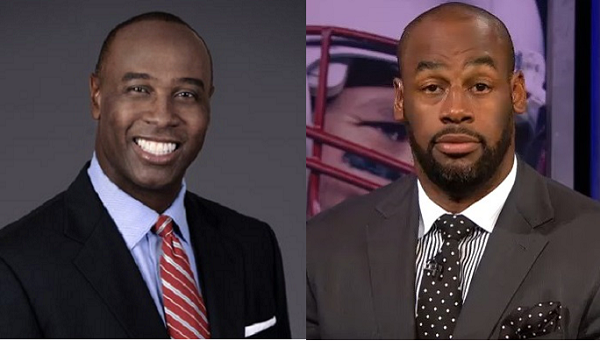 With Fox Sports suspending Donovan McNabb indefinitely following his arrest on DUI charges last month, the network had some changes to make among its NFL announcing teams.

Sports Illustrated‘s Richard Deitsch reports that Charles Davis will move from Fox’s college football coverage to take McNabb’s place and team up with Thom Brennaman on the network’s No. 4 crew. Davis returns to calling NFL games after doing so for Fox during the 2009 and 2010 seasons, paired with Dick Stockton. He had also worked on several late-season NFL broadcasts with Gus Johnson. Additionally, Davis has been a part of NFL Network’s draft coverage.

Davis and Brennaman have worked together before, so on-air chemistry was also likely a factor in the decision. The two have paired up for more than 30 football broadcasts, including college bowl games and Big Ten Network telecasts. Brennaman was teamed with David Diehl last season on Fox NFL telecasts after six seasons with Brian Billick prior to that.

This shakeup follows reports that Fox is moving its NFL Kickoff show from Fox Sports 1 to the main network, leading in to the Fox NFL Sunday pregame show, creating a new two-hour block of coverage (that could also create a role for Colin Cowherd once he migrates from ESPN).

Back in June, Awful Announcing heard rumors that changes were in the making at Fox, with Joe Buck, Troy Aikman and Erin Andrews remaining as Fox’s NFL team and Kevin Burkhardt, John Lynch and Pam Oliver comprising the No. 2 squad. Kenny Albert and Daryl Johnston make up the No. 3 team, but there have been rumblings that Tony Siragusa might split from that crew. At the time, word was that McNabb was moving up the ladder with Fox’s NFL coverage, but that has obviously changed in light of recent events.

As Davis told Deitsch, he suspected there might be some NFL announcing changes at Fox following the McNabb news. However, he never guessed that any moves would involve him directly. Considering how quickly this shuffle was made and Fox’s first preseason NFL telecast being just a month away on Aug. 20, that seems like an abrupt switch for Davis and his broadcast responsbilities.

But as mentioned above, his NFL Draft work helps his familiarity with current pro rosters. Obviously, there are far fewer names to keep track of on a 53-man NFL squad than a college roster which can sometimes exceed 100 players early in the season.

Speaking of college football, Joel Klatt will step up to replace Davis as Fox’s lead analyst with play-by-play man Gus Johnson and reporter Molly McGrath. That team’s first broadcast will be Sept. 3, with Michigan at Utah on Fox Sports 1. Stepping into Klatt’s studio role on the network’s college football coverage will be Matt Leinart.