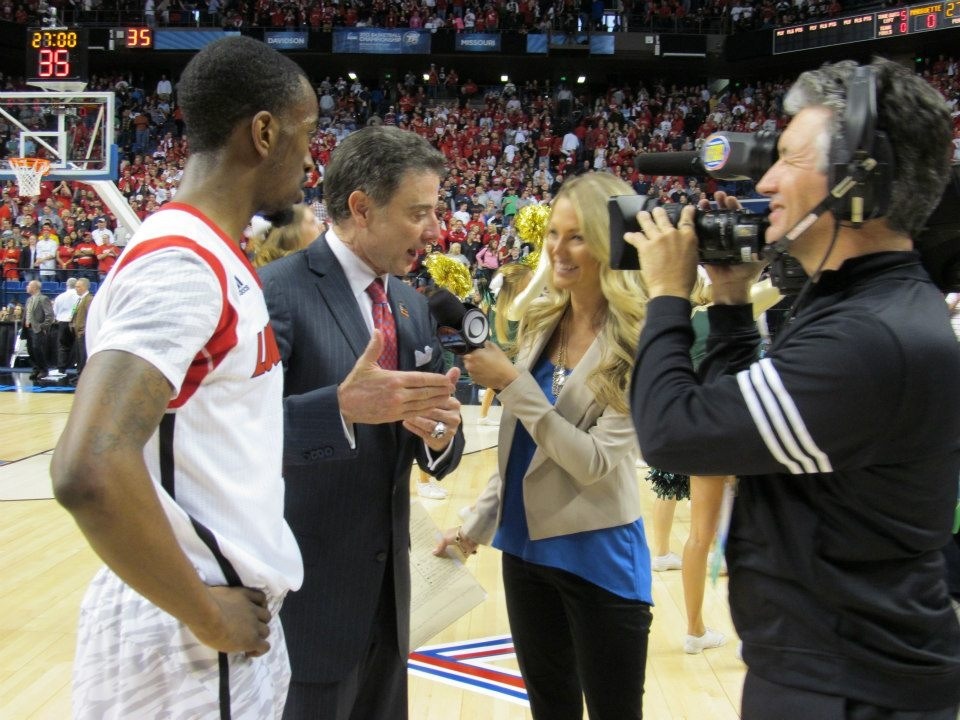 Social media is taking over the sports world. Want to know anything about NFL free agency this past week? Twitter. Want some uneducated, piping hot takes on anything ranging from LeBron James’ hairline to Chip Kelly? Twitter. It is everywhere, it is constant and it is not going anywhere.

Another sporting event that has been taken completely by storm is the NCAA Tournament.T witter allows every fan to become an analyst, while giving professionals the ability to give us up-to-date information constantly. Allie LaForce, a sideline reporter for CBS Sports who is broadcasting her third NCAA Tournament, believes Twitter is one of the best things to happen to March Madness.

“I think it is how news breaks,” LaForce said. “I’m constantly searching Twitter during the game to check injuries and other news from around the tournament, and see what player’s family members are tweeting during the game. That is stuff that gets on-air now. Social media is huge.”

March Madness has been must-see TV since the 1980’s and continues to grow in popularity. Five years ago, CBS Sports partnered with Turner Sports, making every game available to the nation in its entirety. Another facet of the coverage this year will be via the Greenfly digital app. Greenfly was designed for professional athletes and social media personalities, allowing them to provide viewers with video.

“The studio can request videos from us at any point in the game or the tournament, and we can send them videos and they will air it in studio,” LaForce said of Greenfly. “So there is an example right there. My first tournament I gained 20,000 Twitter followers after my big game which was insane. They actually put it up as a graphic during the tournament.”

Without question, social media and Twitter in particular has become a game-changing force. It has shrunk the divide between fan and expert, allowing the glass wall to come down between the two and dialogue to take place. While there has been plenty of negativity regarding the abuse received by public figures and athletes on Twitter (see Curt Schilling), others like CBS’s Clark Kellogg enjoy  the conversation.

“The fan interaction is nice when you get on Twitter,” Kellogg said. “I do enjoy that part of it. I’m not immersed, I’m not a Seth Davis or (Doug) Gottlieb, but I do get on and I enjoy when fans respond and we can have some fun, because you can learn a little bit too about people’s passions and their own observations.”