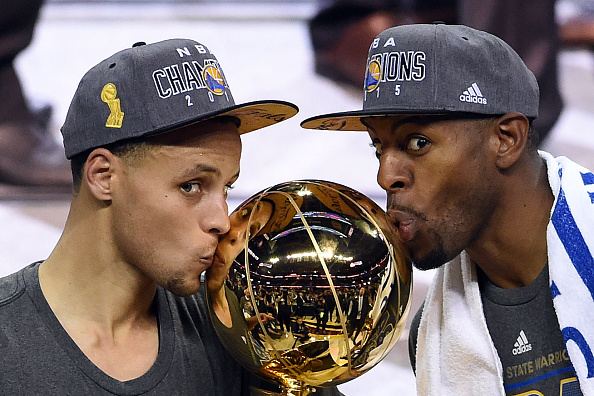 ABC has been televising the NBA Finals since 2003.  The 2015 NBA Finals between the Cleveland Cavaliers and the Golden State Warriors was the highest rated in network history.

The series finale in Game 6 drew a 15.9 overnight on Tuesday night, meaning the series averaged a 13.9 overnight rating, up over 30% from last year’s Finals.  Last night’s game was also the highest rated Game 6 on record for ABC.

The 2015 NBA Finals, in which the Golden State Warriors defeated the Cleveland Cavaliers 4-2, is the highest-rated ever on ABC, based on metered market ratings from Nielsen. The six-game series averaged a 13.9 overnight rating, which is up 31 percent from a 10.6 for the 2014 NBA Finals.

For the 48th consecutive time, the NBA Finals is expected to win the night across all of television (broadcast and cable), more than doubling its competition.

It would have been great if the Cavaliers had found a way to win Game 6 last night to see just how high the ratings and viewership would have climbed for a potential Game 7.  Alas, LeBron James and the Cavs ran out of steam and the Warriors were just too good.  After a season of middling ratings, the NBA has to be ecstatic that it wasn’t just a strong finish to the season, the Finals delivered phenomenal ratings that should give the association plenty of momentum heading into next season.