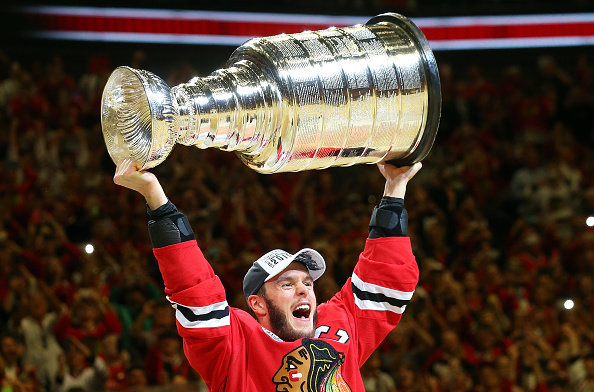 In the U.S., the Chicago Blackhawks-Tampa Bay Lightning Stanley Cup final drew some of the best ratings in decades, but the converse was true in Canada. The first year of Rogers Sportsnet’s $5.2 billion, 10-year deal with the NHL for exclusive national Canadian television rights didn’t go so well from a playoff ratings perspective. As Chris Zelkovich writes at Yahoo’s Eh Game blog, there was a huge year-over-year decrease in Canadian NHL playoff ratings on both Sportsnet’s own channels and on the CBC (where Rogers has editorial control and receives advertising revenues for hockey):

After a hot start in the playoffs, thanks to the presence of five Canadian-based teams, ratings took a nosedive in the latter rounds. According to Numeris research, total playoff ratings were down 20 per cent, thanks to a final that generated limited interest.

Ratings for the final were 12 per cent lower than last year and the lowest since 2009. Monday’s deciding game between Tampa Bay and Chicago was also off 20 per cent from last season and was the least-watched Stanley Cup finale since the seventh game of the New Jersey-Anaheim series in 2003.

Audiences on CBC saw an 8 per cent drop while Sportsnet’s hockey averages were 14 per cent below what TSN drew last year.

That’s a rather shocking decrease considering that last year only one Canadian team made the playoffs.

The decrease is a bit of a mystery, especially with a final that produced some pretty competitive games. But it appears once the Canadian teams were knocked out, Canadian fans turned to baseball and other distractions such as the women’s World Cup.

These ratings look even worse when you consider that 2009 was the last year before BBM Canada (now Numeris) started measuring ratings with the Portable People Meter (PPM), which provided a bigger boost to sports than any other category of programming. PPMs have been credited with boosting Canadian sports ratings across the board by at least 20 per cent. So, a return to 2009 audience levels is even more significant under the new rating system (and as Zelkovich notes, it’s also remarkable when you consider how many Canadian teams were involved this year). The teams in the final don’t really explain this, either; while Chicago and Tampa Bay are a long way from the Canadian broadcasting holy grail of having a final team from north of the border, that’s only happened once since 2009 (in 2011), It’s also amazing to see the lowest audience for Monday’s clinching game since that infamous 2003 trap-heavy series.

Of course, a big part of that may be that the Canadian team was playing its crucial third group stage game of the Women’s World Cup Monday during the first hour and a half of the hockey game. That game drew 1.8 million viewers on average to CTV and TSN, only 800,000 less than Blackhawks-Lightning drew on CBC. The Women’s World Cup in general has been drawing strong ratings for Rogers competitor TSN, so that’s probably part of why the hockey ratings have been down. There wasn’t really a comparable event in 2014, as the men’s World Cup started just one day before the final game of the Stanley Cup Final, Canada wasn’t involved, and most of its games happened earlier in the day thanks to Brazil’s timezones. Still, it’s remarkable to see playoff and Stanley Cup Final ratings drop this much in hockey-mad Canada, even with strong competing programming.

That’s not necessarily all about the shift from TSN to Rogers. While Sportsnet has come under some fire for its hockey coverage decisions, it’s not clear that people are choosing to tune in or not based on what channel and which personalities are providing the coverage. However, when you add that regular-season ratings also dropped year over year  and were so bad in January they prompted Rogers’ president of Sportsnet and NHL content Scott Moore to question the ratings system (to mockery from his counterpart at TSN parent Bell), it certainly doesn’t sound like the first year of this deal went as planned for Sportsnet, especially if the reports that Rogers promised advertisers a 20 per cent ratings increase have any truth to them. It’s also notable that TSN is still providing strong competition despite its loss of NHL rights, including posting its most-watched month in five years in January.

Sportsnet has narrowed the gap to a point where the sides can actually argue about who’s #1 rather than having it be a clear “TSN” answer,  and the NHL rights (plus the surprisingly-strong audiences for the Rogers-owned Toronto Blue Jays) have certainly been a big part of that shift in the landscape. Thus, this deal hasn’t been all bad for them. Their late-season hockey audiences also improved (and it’s worth noting that they broadcast more games on Saturdays and Sundays than we saw under the old deal, so there may be a dilution factor at play as well), so that may suggest better things are to come in future years. Still, these playoff ratings in particular have to be disappointing for Rogers, and they raise questions about if the steep price they paid to get NHL national exclusivity will be fully worth it. Completely concluding that after one year of a 12-year deal would be silly, but the early signs don’t look particularly good for them.