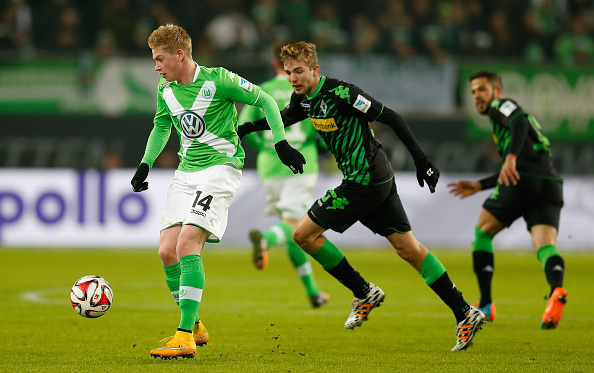 There was a lot of excitement amongst hardcore soccer fans about finally being able to have widespread access to arguably the most entertaining league in the world – the German Bundesliga.  No longer was the Bundesliga stuck on a pay-TV service.  A new contract with Fox Sports meant the German league that features many of the reigning World Cup champions and goals aplenty would be available to the masses.

Unfortunately, it appears that only those hardcore soccer fans tuned in over the opening weekend.

To put that viewership number into full perspective, here’s what the other televised soccer matches in America did on that day:

Now in fairness, Wolfsburg and Eintracht aren’t exactly the biggest brand names in the Bundesliga that you see every year in Europe, although Wolfsburg were runners up last year and won the German Cup.  So I know what you’re thinking, wouldn’t Bayern Munich or Borussia Dortmund do better.  Well… not so fast.

The first Bundesliga game Fox televised was Bayern-Hamburg on Friday on Fox Sports 2.  It registered 32,000 viewers on the network and even fell behind a taped UFC Reloaded featuring a PPV from three years ago later in the day.  A caveat to that is Fox also televised Bayern-Hamburg on YouTube and its regional networks, but still, that’s not a very high rating even by FS2’s standards and considering the syndication.

Realistically, Fox couldn’t have expected Premier League type ratings for the Bundesliga.  There aren’t the same number of name-brand teams or players to feature, nor the recent history that would draw a lot of the fans from the recent soccer boom in immediately.  It’s going to take time for Fox to build an audience.  (One of the reasons why it was puzzling to see Fox really fail to put any substantial promotion to the Bundesliga whatsoever this summer and not announce a schedule until the very last minute.)  To get trumped 16-1 in the ratings by the top EPL game that day shows that it’s going to take quite a bit of time and effort to do so.