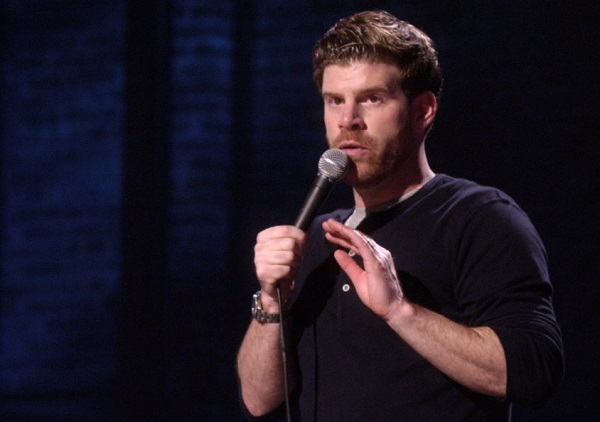 The fallout for Steve Rannazzisi has begun.

One of the stranger stories in pop culture this week concerned the comedian and actor, one of the stars of FXX’s fantasy football comedy The League, as the New York Times discovered that Rannazzissi lied about working in the south tower of the World Trade Center on Sept. 11, 2001 and narrowly escaping the 9/11 attacks.

This has been a key part of the comedian’s biography and celebrity persona, as he’s attributed his success to becoming more focused on his career after nearly dying on 9/11. But after the NYT confronted him with information that showed he had not been working in the World Trade Center that day — nor for Merrill Lynch, with whom he claimed to be employed — Rannazzissi admitted that he had made the story up.

“I was not at the Trade Center on that day,” he said in a statement that his publicist provided to the NYT. “I don’t know why I said this. This was inexcusable. I am truly, truly sorry.”

With his role on that show and a Buffalo Wild Wings ad campaign running on a variety of sports programming, there is a sports component to this story. In the immediate aftermath of the revelation, one question that concerned Rannazzissi’s career was whether or not Buffalo Wild Wings would continue to run the featuring him as its star. A new set of ads were produced to coincide with the beginning of the new NFL season, but Rannazzissi’s association with the sports bar chain dates back to earlier this year during a March Madness campaign.

Two days after Rannazzissi’s confession, we have an answer. Buffalo Wild Wings announced on Thursday that it would discontinue its relationship with the comedian, pulling the ad campaign.

Aside from the ethics of Rannazzissi’s story, the timing is certainly bad for him professionally. The comedian also has a stand-up special scheduled for this weekend (Saturday, Sept. 19) on Comedy Central titled “Breaking Dad.” It appears the network will go forward with airing the show, though the negative publicity could certainly affect rating for the program.

As far as The League, there’s not much FXX can do about Rannazzissi’s association with the show. The sitcom is already in the midst of its seventh and final season, which premiered Sept. 9. Eleven of the season’s 13 episodes have already been produced, with filming for the show expected to conclude in mid-October.