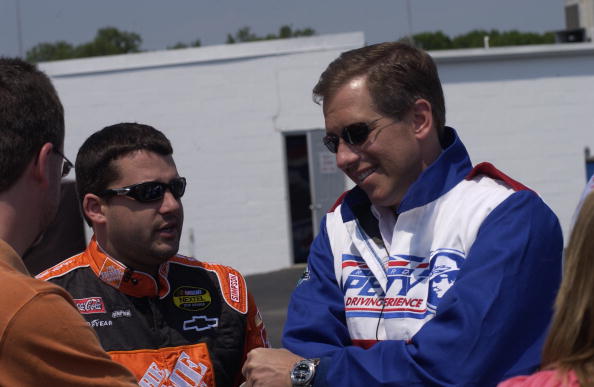 Ed Note: The following article on the downfall of NBC Nightly News anchor Brian Williams appears courtesy Bloguin’s sports and pop culture website The AP Party. Williams was suspended for 6 months by the network without pay, which means he will forfeit $5 million in salary.

For those unfamiliar with the situation (or those who have tried to remain blissfully ignorant of such matters), Williams is under heavy scrutiny for being less than truthful about his involvement with a U.S. military helicopter that was hit by a rocket-propelled grenade (RPG) during the Iraq War in 2003. CNN’s Brian Stelter has done great work in putting together a timeline of how Williams’ story has changed over the past 12 years.

During that span, Williams eventually made it sound as if the chopper he was embedded with was the one hit by the RPG. However, soldiers who were actually on that helicopter say Williams was in a different craft, one far behind the action. Back in 2003, the anchor — then still Tom Brokaw’s understudy — actually reported the incident accurately, if vaguely. But his role in the story became more direct as he repeated his account in various forms since then. 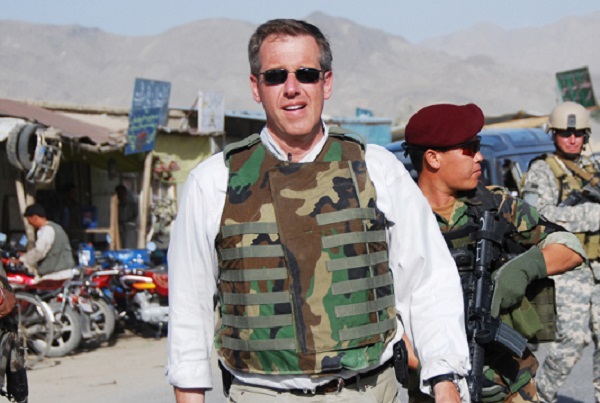 Those who no longer watch network evening news or don’t hold the anchors of such shows in high regard may wonder what’s at stake here. Williams is the face of NBC News, not only its chief anchor and public persona, but also the organization’s managing editor. If his credibility is in question, if he can’t be trusted to tell a factual, truthful account of current events, that’s obviously a huge problem for a news operation.

NBC Nightly News is No. 1, though ABC’s World News Tonight doesn’t appear to be that far behind. Even among those who still get their news at 6:30 p.m., viewers souring on Williams and opting to get their news elsewhere could close that gap quickly.

Maybe it’s debatable as to whether or not people really care, or if this is just a case of the media eating itself. Younger viewers certainly have less use for the evening news. They’re following current events all day on the internet. Perhaps they caught up on the big stories in the morning, when an increasing number of people consume their news.

Regardless of age and demographic, it would stand to reason that viewers want their news from someone they trust. That’s often the tagline used to sell TV newscasters now. But likability, warmth and humanity surely factor in significantly as well. I know Williams’ credibility would have been a huge deal to my father. Yet to my mother, Williams is just the guy who gives her the news of the day.

However, Williams has done an impressive job of making himself relevant to younger viewers who might not tune in for NBC Nightly News. He’s an outstanding guest on late-night talk shows, providing deadpan humor and a willingness to poke fun at himself with Jon Stewart, Jimmy Fallon and David Letterman. His cameos on 30 Rock were hilariously memorable. Williams was not from the Dan Rather class of news anchors, uptight stoics who absolutely demanded to be taken seriously. He was fun. He felt like a truly approachable, accessible newscaster.

But perhaps that’s where the problem is for Williams. Along the way, perhaps he began trying too hard to be cool, like the uncle you enjoy seeing during holidays, but whose act wears thin if you see him more frequently throughout the year. That’s not to suggest Williams wore out his welcome with viewers young and old alike. Far from it, judging from his enormous popularity. But staying popular requires some work, which is likely why Williams was so comfortable courting celebrity — something he’s been criticized for since doubts about his credibility came to light.

Ultimately, Williams does have to be taken seriously as a newsman and there’s no better way to accomplish that than putting yourself in or near the action. Why else would Anderson Cooper don the tight black t-shirt and go to war and disaster zones for his reports? All of the top news anchors are expected to ditch the suit, slip on some khakis and get dirty. Who benefits from Williams saying he was in a chopper that was shot down by an RPG more than Williams himself?

Since he just passed the 10-year mark in NBC’s top anchor chair, it might be difficult to remember a time when Williams wasn’t viewed as a worthy successor to Brokaw. Some perceived as a news reader, rather than an anchor. Those who previously earned such positions paid significant dues as foreign correspondents or covering the White House. Williams never worked those kinds of beats. He was a TV personality, an extremely polished one that seemed to come off a conveyor belt.

So if anyone might be sensitive about his news anchor bona fides, and therefore all too willing to portray himself under fire in a war zone, it could very well be Williams. Although after 10 years as NBC News’ top dog, you’d think he would be beyond such insecurities.

However, as mentioned above, staying popular requires some work. Dusting off the story about being in a Chinook that was shot down in Iraq would take care of that. And since 12 years has passed since the incident in question, why not embellish a few details that may have become hazy (to viewers, not to Williams) with time? According to the New York Times‘ Maureen Dowd, this wasn’t exactly a secret among NBC News executives. And since no colleagues or peers have rushed to Williams’ defense publicly, maybe that perception is widely held in the industry.

Could that be what eventually costs Williams his gig? Personally, I feel like he’ll get through this if the NBC News internal probe finds that he committed no other infractions and didn’t make up any more stories. Williams is also taking criticism for putting himself close to some grisly sights in New Orleans after Hurricane Katrina, the plausibility of which is being questioned. But those claims may be harder to prove than the helicopter incident in Iraq.

That would be especially true if Williams keeps these tales to himself and his imagination, rather than using them to build his reputation up during interviews. One imagines that’s exactly what his bosses at NBC News are telling him while he’s off the air. You’re already popular, Brian. You’re No. 1. There’s no need to make stuff up to get more people to like you. Continuing to do so will only get you in trouble. That is, if it hasn’t already cost him one of the most exclusive jobs — there are only three network news anchors — in America.