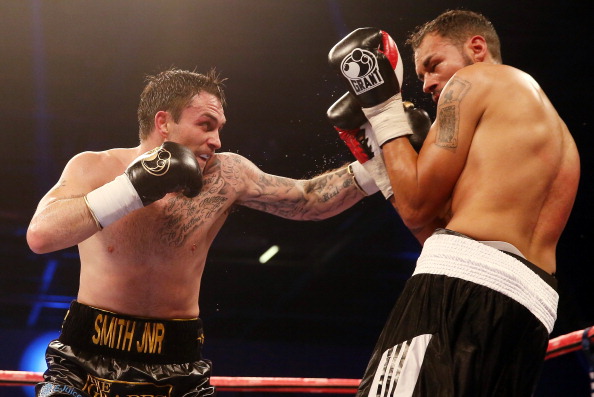 From the 1950’s through the 1980’s, boxing was a regular fixture on network television. ABC, CBS and NBC would regularly schedule fights not just on weekends, but in primetime, carrying championship fights and they would do well in the ratings. But starting in the 1980’s the pay cable networks, HBO and Showtime began taking the glamor fights away from the networks and by the time the 1990’s rolled around, boxing’s presence on broadcast television began to diminish to the point that it practically disappeared altogether in the 21st Century except for some special occasions.

Now in 2015, boxing is returning in a big way with the Premier Boxing Champions series on both NBC and now, CBS. Back in January, NBC Sports Group announced an agreement with PBC to air 20 boxing cards with 11 Saturday broadcasts and five of those in primetime.

Just this week, CBS and Showtime announced a multi-year agreement with PBC to carry at least eight events in 2015 with as many as five airing on CBS beginning in April and running into September. The PBC on CBS events will run in conjunction with Showtime Championship Boxing and they will promote Showtime cards plus carry shoulder programming on CBS Sports Network.

Now why is boxing returning to network television after not being showcased for so many years? Part of it has to do with the cable sports networks. NBC needs original content for NBCSN and with the major sports league all locked well into the next decade, the sweet science brings an opportunity to attract eyeballs. CBS which depends mostly on golf during the spring and summer months now has boxing as well.

In addition, Premier Boxing Champions is increasing its presence on television not only though signings with CBS and NBC, but also with Spike for a monthly series on Friday nights.

For boxing fans, this is practically an embarrassment of riches with bouts on CBS, ESPN, Fox Sports 1, HBO, NBC, NBCSN, Showtime and Spike. Will it lead to a renaissance of the sport or a glut causes a bursting of the boxing bubble? We’ll find out as the year progresses.