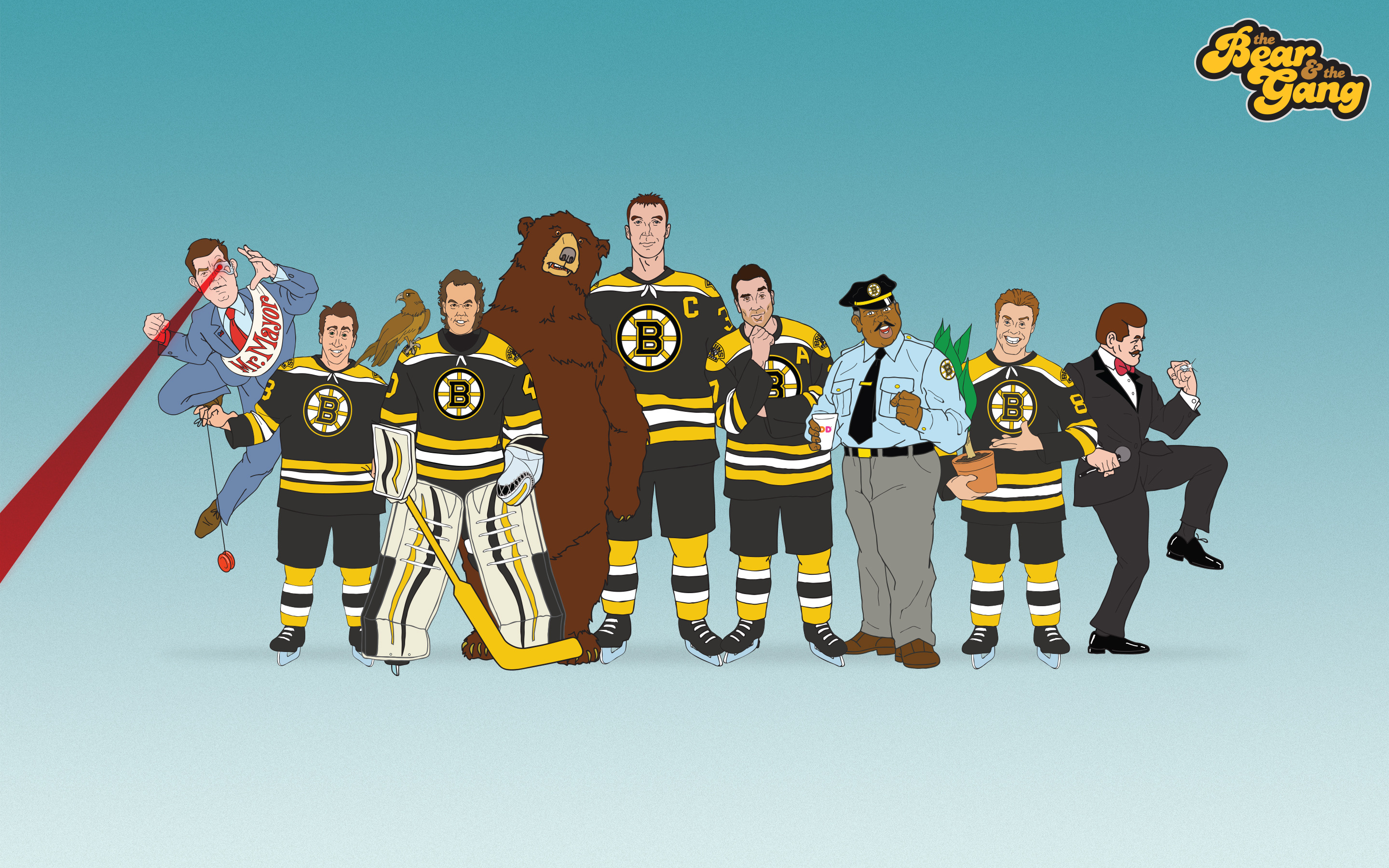 The Boston Bruins have been aggressive in providing digital shorts for their fans. Part of a campaign to promote the team was a 2012 digital series called “The Bear & the Gang” featuring the Bear character which was part of a popular advertising campaign in New England, TV voice Jack Edwards, anthem singer Rene Rancourt, coach Claude Julien, Bruins ice girl Holly and various Bruins players. It ran for just a few episodes, but the videos became very popular among fans. They premiered on the Bruins’ mobile app as well as the Bruins website. If you never saw the videos, they were shot in the style of an 1980’s sitcom:

Now that you have an idea of the Bear & the Gang, the Bruins will be producing a new set of digital shorts. According to the B’s website, they will be animated and feature The Bear (naturally), the voices of Bruins players Patrice Bergeron, Zdeno Chara, Brad Marchand, Tuuka Rask along with Rene Rancourt.

The man producing the shorts will be J.J. Sedelmaier who is behind the TV’s Funhouse animated shorts on NBC’s Saturday Night Live. We have the debut episode which features Chara, Marchand and David Pastrnak with the Bear at Space Camp and chaos ensues:

Future episodes will debut on the Bruins website and its other platforms. You can definitely see the style of TV’s Funhouse in the shorts.

Certainly a different way to reach fans than the traditional methods.