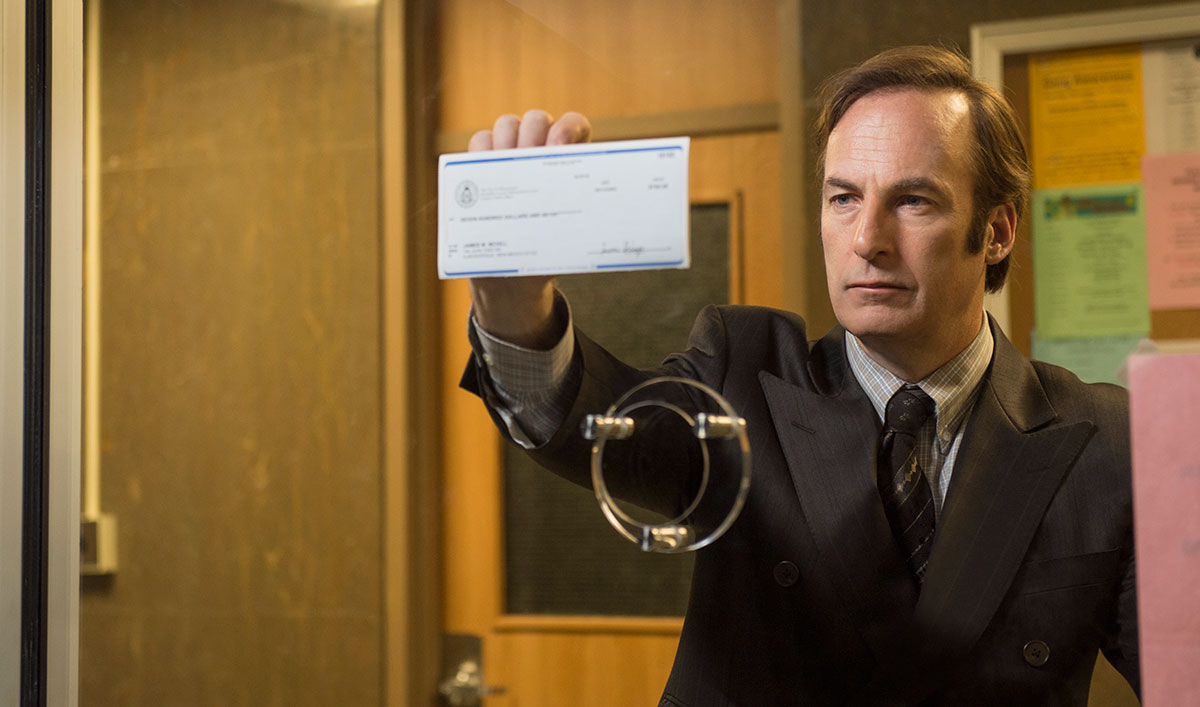 It’s television pilot season, where network executives sift through hundreds of elevator pitches to order pilots for a handful of shows that are retreads of what’s on already, or new ideas that will probably die off before next season even starts.

So while we wait to hear casting news on next season’s spin-off of The Walking Dead spinoff—I’m hearing the working title is Fear the Guy Walking Next To The Walking Dead—and we cross our collective fingers that a network green lights the psychedelic reality performance contest Prancing with Sitars, hosted by Ryan Seacrest going door-to-door with the ghost of George Harrison, asking people to smoke hashish and dance for money and more hashish, there is one show idea that should have everybody excited.

There is a script that exists somewhere in this world written by Bob Odenkirk from famed sketch comedy Mr. Show—best known today as Saul Goodman, aka Slippin’ Jimmy McGill, from AMC’s Better Call Saul and Breaking Bad—about the rollercoaster of emotions in the world of minor league baseball.

Odenkirk recently told his idea to Tim Hagerty, the broadcaster for the Triple-A El Paso Chihuahuas and contributor to Sporting News. Only, the script was more than just an idea; it was once, itself, an elevator pitch.

“I had a friend who was very much into baseball and minor league baseball,” Odenkirk said before a recent Triple-A game in Albuquerque, N.M. “I read some books and we wrote a TV pilot for FX that we wanted to shoot with a real team.

“When I did (the script), there was some guy starting up a new minor league, I’m sure it folded. It was a private minor league out in Utah, an independent league. We were working with him. He was going to help us but the network just decided it was too hard.”

Too hard?!? A minor league team in Utah, the Orem Owlz, had scheduled (then cancelled) a “Caucasian Heritage Night” this season. It almost seems too hard NOT to make a sit-com about Utah minor league baseball!

The Sporting News story stated, per Odenkirk, that FX did like the script, but passed on the pilot because they weren’t doing comedies at the time.

This probably put the timing of Odenkirk’s pitch somewhere in the early Aughts, because after one season of the John Corbett project Lucky in 2003, FX ran with seven episodes of a comedy about people with eating disorders called Starved in 2005, as well as a show about, I think, the weather or, maybe, throwing batteries at Santa Claus, called It’s Always Sunny In Philadelphia, which got the FX comedy train got rolling.

(New idea…a reality show where comedians have five minutes to do a stand-up routine while the audience decides whether or not to throw them from a moving train. We could call it Off the Rails.)

With the shows being pitched these days, Odenkirk’s idea actually sounds pretty amazing, if you could find a minor league team with good enough actors to make the show work.

“It’s such a unique world. It’s a world full of desire, anxiety, struggle. I still think it’s a great idea,” Odenkirk said. “Maybe someday. It’s a good idea. It would be cool, wouldn’t it?”

What might be easier, and certainly more hilarious, is if Odenkirk fielded an actual minor league baseball team made up of actors and in addition to starring on the show, the actors played competitive baseball in an independent professional league in Utah for the summer.

Odenkirk could be the manager of this rag-tag lineup, while the other teams would be actual baseball players, with the show swapping in actors to play each rival manager.

Imagine a first season where Odenkirk has to out-wit the likes of Brian Cranston, Jonathan Banks, Aaron Paul, Dean Norris, David Cross and Michael McKean. Hell, throw Tim and Eric co-managing a team with Jack Black as a pitching coach and Kyle Gass as bullpen catcher. That is a full season of fun and frivolity, folks.

My advice: get back on this now, FX, before it’s too late and someone else takes the idea and turns it into a reality competition called America’s Next Great Bunter. (You’d watch it. Don’t lie.) Oh, for more Odenkirk (and Cross) projects that never got off the ground, you can buy their book Hollywood Said No!, which is full of ideas better than most of the stuff we’ll see made this season. Unless it’s the train show…I hear that’s really picking up steam.