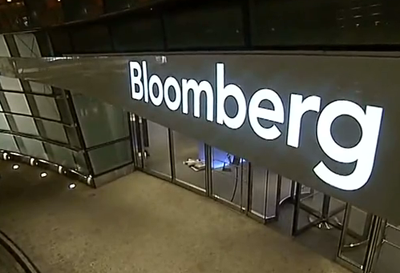 Bloomberg is largely moving away from sports as part of a “refocusing of resources,” but Awful Announcing has learned that they will still have some employees dedicated to sports coverage. Their remaining sports coverage will be focused on sports business stories, though. The company began targeted layoffs in various divisions this week, which total 55 according to Talking Biz News (lower than the 80 reported elsewhere), and the sports side was one of the hardest-hit. Team sports leader Michael Sillup, managing editor of sports Jay Beberman, and sports reporters Michael Buteau, Dex McLuskey, Erik Matuszewski and Mason Levinson are all amongst the confirmed departures. However, it doesn’t appear the USA Today report that they are “ending some coverage areas, including education and sports” is entirely accurate, as current sports reporters Scott Soshnick and Eben Novy-Williams “will remain in New York to write sports business stories.” There may be others assigned to sports business stories as well.

It’s interesting that Bloomberg is reducing its sports employees and its focus on that area, as it was only recently a point of pride for them. The company hosted the fourth Blogs With Balls at its New York headquarters in 2011, and heavily promoted its people and its investments in sports content (especially on the analytics side) during that conference. However, many of the key figures there at that time have since moved on: Michelle Steele (who was Bloomberg TV’s only sports reporter) left for ESPN in December 2011., and Bill Squadron, then the president of Bloomberg Sports, moved on to STATS Inc once Bloomberg sold its sports analytics division to them in September 2014. The sale of the analytics side, which was for a reported $13 to $15 million, seems to have particularly decreased Bloomberg’s once-powerful ambitions on the sports side.

These cuts come as part of Bloomberg’s larger strategy to become the “chronicle of capitalism,” outlined in a memo from Bloomberg editor-in-chief John Mickelthwaite that was obtained and printed by The Huffington Post’s Michael Calderone. In that memo, Mickelthwaite says the layoff move is “not about downsizing; it is about refocusing our considerable resources.” He also says he wants the company to focus on his previously-outlined six key pillars of coverage: business, finance, markets, technology, economics and power (politics and government). Here’s the key part of what the memo has to say about what their sports coverage will look like going forward:

Our purpose is to be the definitive “chronicle of capitalism” – to capture everything that matters in global business and finance. That does not mean that we will restrict ourselves to markets and economics any more than Adam Smith did. But it does mean that we should concentrate our firepower on the area where every Bloomberg customer – whether it is a television viewer in Baltimore, a terminal user in Berlin or a Web user in Bangalore – expects us to be the definitive chroniclers.

That is why, from very early on, I have talked about building on six pillars: business, finance, markets, economics, technology and power (politics and government). It is also why this week we decided to end our sports and education coverage as we’ve known it. Although we have published some great stories, people don’t turn to us first for news on schools or baseball. We need to put the resources into our new fast commentary team (“Bloomberg Gadfly”), our custom morning briefing (“Daybreak”), more data journalism, increased social media monitoring, our new markets TV show, our global radio network and better coverage of venture capital, market structure and campaign finance. If you come up with a good story on La Liga or want to do a podcast on Saudi Arabian schools, by all means pitch it: there is no ban on writing about non-core subjects. But there is a higher barrier of interest for such stories to jump over, and the expectations for quality will be set extremely high as well.

We’ll see how this works out for Bloomberg. Axing so many prominent sportswriters will certainly draw some criticism, and they’ll definitely be losing some quality sports content as a result, but a push to focus on sports business stories might have its benefits. That’s an area that’s still rather undercovered despite the massive amount of sports media outlets out there, especially for those who aren’t fans of ESPN’s Darren Rovell. Bloomberg has shown a knack for sharp and focused sports pieces at times, including Soshnick‘s June piece on the traders and lawyers who sent Tom Brady’s lawyers briefs and charts to support his case and Kavitha Davidson‘s column Thursday on the implications of the Deflategate decision for NFL disciplinary policies. If they’re able to keep producing quality content, they’ll still have a place in the sports landscape despite the staffing changes, and their new focus on sports business might help them stand out amidst the crowd.