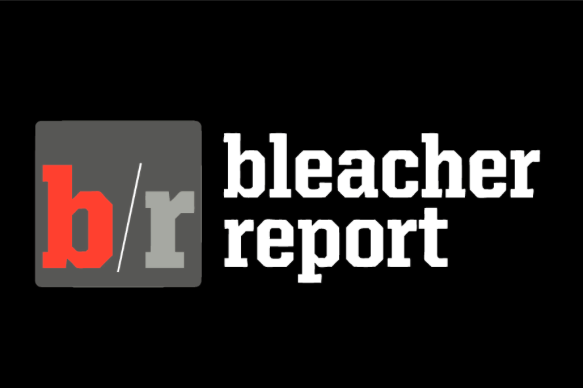 Bleacher Report has undergone a massive transformation since the days of the slideshow about the worst natural disasters in the history of sports.  The company went from being the highly successful, yet highly loathed outcast of the sports blogosphere to being a serious player in the mainstream media.

It began with B/R’s Lead Writer program to try to draw some respectability and legitimacy to their efforts.  It continued with Turner’s near $200 million purchase of the site and bumping aside Sports Illustrated as the sports portal for CNN.  It’s been solidified by the hiring of big name sportswriters from everywhere from the New York Times to CBS Sports and has even included the launching of its own satellite radio station.  All totaled, Bleacher Report has emerged as the #2 standalone sports media website only behind ESPN.com.

But in spite of that growth and added legitimacy, there’s still plenty of work Bleacher Report needs to do to gain the respect they desire.  The derision, scorn, and distaste over years of countless slideshows, contradictory articles, and SEO gaming (just to name a few major complaints) is not going to go away just with a couple of good hires and corporate dollars.  Not to put my Darren Rovell hat on, but in spite of all the positive vibes and energy around Bleacher Report in 2015, it’s still going to take years for them to completely erase the image that had long stained the company.

That’s why it’s not a surprise to learn via SBJ that Bleacher Report is going to enlist the help of an outside marketing agency to further improve the company’s image.

The full article is behind a paywall, but B/R is intent on developing a multi-platform advertising campaign to improve brand awareness.  This would mean going beyond Marv Albert and Jim Nantz reading Team Stream cuecards during the NCAA Tournament and making a real, concerted effort to promote the new and improved Bleacher Report.

While Turner is willing to splash out the cash for this investment, it has always seemed to me that the major issues with Bleacher Report’s image are more within the media world than with general consumers, who have helped push B/R to their current heights.  Whenever a friend casually brings up Bleacher Report to me, it’s usually because they saw something on their Team Stream app or a viral video popped up on the site.  It’s usually not about the ethical or business side of the company.

Those inside the media world often care far more about paid versus unpaid contributors or just how strong SEO is versus a consumer who is eager enough to click through mock draft slideshows.  While a marketing push certainly won’t hurt the company, the only real endgame here for B/R is to continue the work they’ve already started in improving the company’s image and win over their longtime critics with a continued emphasis on legitimate, professional work and letting the product speak for itself.