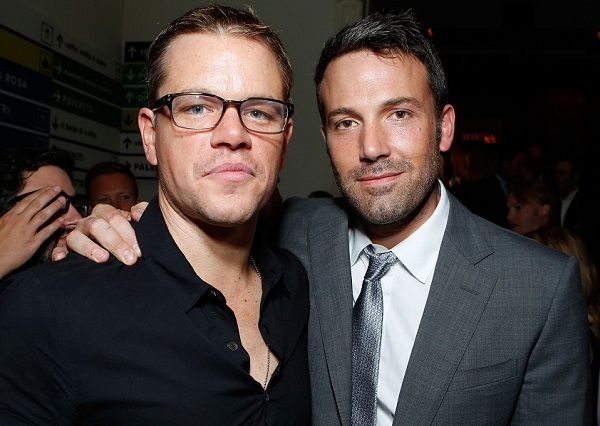 One movie about FIFA has already been a disaster. The propaganda film United Passions earned $918 dollars in the U.S. on its opening weekend and has lost more than $26 million against its estimated $29 million budget. People were clearly not buying what that movie was selling, especially as it was released following FIFA president Sepp Blatter’s forced resignation amid a federal corruption investigation.

Might telling a different — and far more realistic — side of the story be more appealing to moviegoing audiences? Warner Brothers, Ben Affleck and Matt Damon are certainly hoping so.

The Academy Award winners will produce a film based on Houses of Deceit, adapted from the upcoming book by BuzzFeed reporter Ken Bensinger. The book, set to be published in 2017, expands on “Mr. Ten Percent: The Man Who Built — and Bilked — American Soccer,” an investigative feature Bensinger wrote on Chuck Blazer, a former member of the FIFA Executive Committee who admitted to accepting millions of dollars in kickbacks and bribes, and later became an informant for the FBI and IRS.

Blazer’s journey from suburban soccer dad to Executive Vice President of the U.S. Soccer Federation to CONCACAF General Secretary to the FIFA Executive Committee, getting a piece of deals that allowed him to live a ridiculously lavish lifestyle (which reportedly included a luxury apartment for his cats), and participating in corruption and tax evasion that drew attention from federal authorities is an epic rise and fall story that could rival films like The Wolf of Wall Street.

Affleck and Damon will produce the film under their production company, Pearl Street Films, which is based at Warner Bros. To date, the company has produced Promised Land (2012), which Damon wrote and starred in, and the upcoming Live By Night, a period crime drama that Affleck will direct.

Gavin O’Connor — who has experience making sports-related films with Miracle (2004) and Warrior (2011) — is attached to direct the film. O’Connor just directed Affleck in The Accountant, a thriller about a government accountant who moonlights as a trained assassin that will hit theaters next year. Anthony Tambakis, who wrote the script for Warrior and another O’Connor film, Jane Got a Gun, is currently linked as a screenwriter.

No one has been cast in the film yet, though Bensinger told TIME that he thought someone like John Goodman would be good as Blazer. Other casting suggestions for what looks to be an impressive ensemble of characters are welcome in the comments.