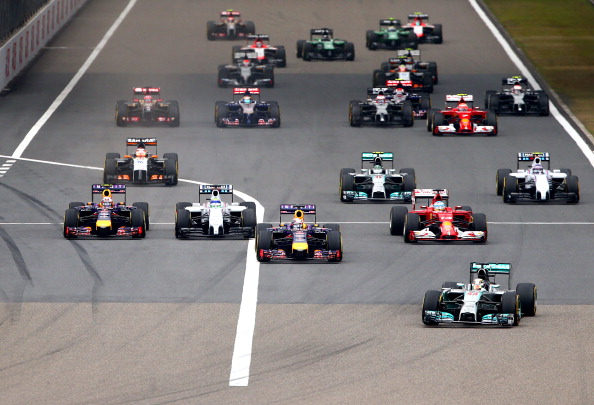 This hasn’t been a good year for BBC Sport. Once a venerable player in the UK sports media picture, the public broadcaster has lost the rights to events that have been mainstays on the network. In 2015, it relinquished the rights to the Open Championship which it had aired live for sixty years, got surprised by a bid by Discovery to grab the Olympics after 2020 and now has given up its half of Forumla One to rival broadcaster ITV starting next year.

The BBC still has full rights to Wimbledon and the Olympics through 2020 as well as the World Cup plus Euro 2016, and highlight rights to the English Premier League through its “Match of the Day” program, but as the broadcaster has to deal with money problems and cuts to its budget, sports rights fees have borne the brunt of the reductions. The UK has mandated that certain sports events, so-called “Crown Jewels,” like Wimbledon, the World Cup and the Olympics remain on broadcast television, something that would be unheard of here in the States.

For Formula One, the BBC tried to negotiate a lower rights fee, while keeping its half of the schedule with the other half on UK sports pay TV behemoth Sky Sports. However, F1 head honcho Bernie Ecclestone said last month, “I spoke to the BBC. They have got a bit of bother with their budget. They’d like to deal with it in another way and restructure it and give us a little bit less. But they can’t really do that. They’ve got a deal with us.”

The BBC pays F1 an estimated $30 million annually, so by ditching the sport and allowing ITV to pick up the contract, it can use the savings elsewhere. However, fans who were accustomed to seeing BBC’s iconic open using Fleetwood Mac’s “The Chain,” will have to get used to ITV again in 2016.

While F1 is not as popular here as it is in Europe, imagine one of the US networks relinquishing one of its beloved proprties early to due to financial difficulties. ESPN did give up its Open Championship rights in 2016 to NBC/Golf Channel a year early and there were reports that CBS tried to sell the NCAA Tournament to ESPN earlier in the decade, but it’s rare to see that here in the U.S.

For the BBC, selling F1 is a big blow to a sports division that has a proud tradition, but as the broadcaster tries to plug financial gaps, it hopes that it won’t lose any more of its properties, but it may have to be realistic in the near future.

UPDATE, 12/21: In a shocking move on Monday, Formula One announced that terrestrial broadcaster Channel 4 would take over the remaining three years on BBC’s contract. Channel 4 which is not known for sports asides from its critically-acclaimed coverage of the 2012 London Paralympics pledged to keep its F1 coverage commercial-free like BBC.

In addition to losing Formula One, the Telegraph reported earlier this month that the BBC will opt out of airing the 2016 Australian Open, an event it had been sharing with Eurosport.

The Australian Open and F1 moves are to cut back on huge budget shortfalls at the BBC. As previously mentioned, other events in BBC’s portfolio like English Premier League highlights, the Olympics and Wimbledon are not affected by the cuts.